New Evidence Suggests Vast Stores of Water On The Moon

Scientists believe they’ve found evidence that the moon may contain vast amounts of water in its interior. 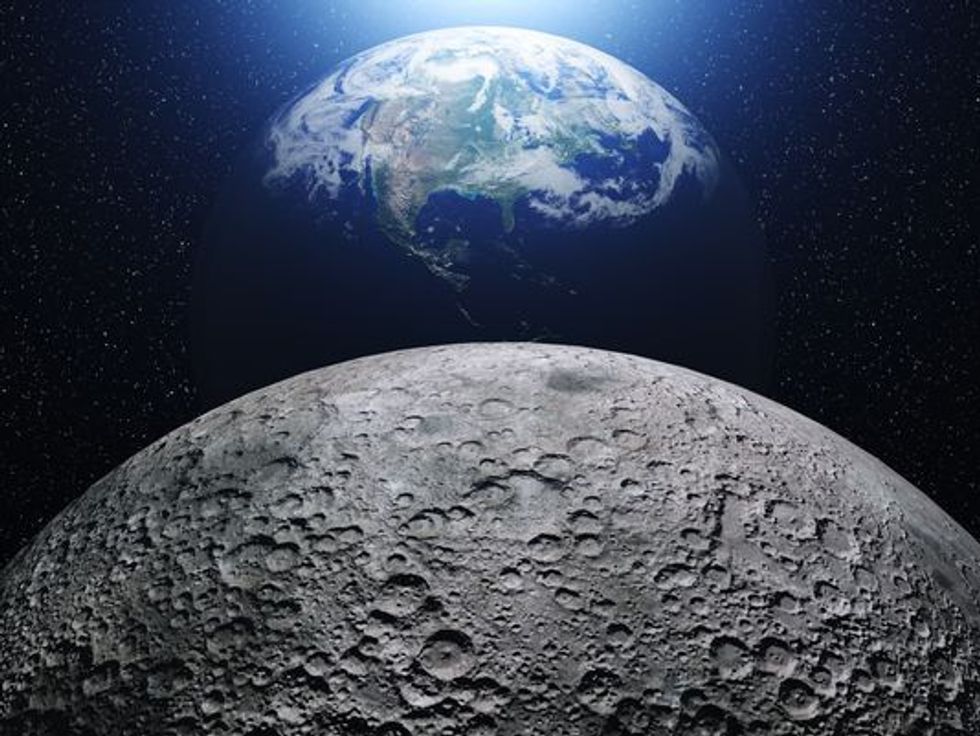 The Apollo missions from 1969-1974 were uniquely unifying events and significant technological achievements for humanity. The 842 pounds of moon rocks recovered by the Apollo astronauts led to discoveries about the origins of the Earth-Moon system. These findings were based on the similar densities and crustal compositions of both bodies. Although researchers initially assumed that the Moon was dry, recent revelations gleaned from the Apollo samples have revealed the presence of water within the rocks. This surprised astronomers because lunar surface temperatures can reach 253 degrees Fahrenheit, which should have boiled away any water.

Rocks brought back to Earth from the Apollo 15, 16, and 17 missions in the early 1970s were found to contain trace amounts of water inside pyroclastic glass beads. These form as a result of volcanic activity, suggesting that surface water existed on the Moon when it was still geologically active around 100 million years ago. These beads were not the only places water was detected, however. In 2009, NASA intentionally crashed its LCROSS probe into the Moon’s south pole. Spectrographic analysis of the impact debris revealed roughly 100 kg of ice in the 20-meter-wide impact crater. Because polar temperatures can reach minus 416 degrees Fahrenheit, any water there is permanently frozen.

Lunar water is believed to have three origins. The primary sources were asteroid and comet impacts that delivered the majority of water to the Moon 4.5-4.3 billion years ago. Volcanic activity also distributed water from the moon’s core on the lunar surface, which trapped it inside pyroclastic glass beads. Third, surface water was formed from the interactions between oxygen and hydrogen. As the Moon’s surface consists of 45% oxygen oxides, free hydrogen from the Sun has been able to chemically bond with the oxygen, resulting in water.

The presence of water, hydrogen, and oxygen on the Moon has implications for future space travel as well as the potential for human colonization. Future space missions will be able to use the Moon as an interstellar gas station, where they will extract hydrogen and oxygen to use as rocket fuel and to create drinkable water. This would drastically reduce the cost and fuel needed to explore space, because most of a rocket’s payload of fuel could be preserved to escape Earth’s gravitational pull. Water within the lunar soil will also be harvested for future colonies.

In 2018, NASA plans on launching a rover to the Moon (and eventually Mars in 2020) which will heat the regolith––the layer of unconsolidated rocky material covering bedrock––releasing hydrogen and oxygen that can be combined into water. These exploratory steps could help humanity realize its vision of exploring and colonizing the solar system.