So, Is What United Did to that Passenger Totally Legal? 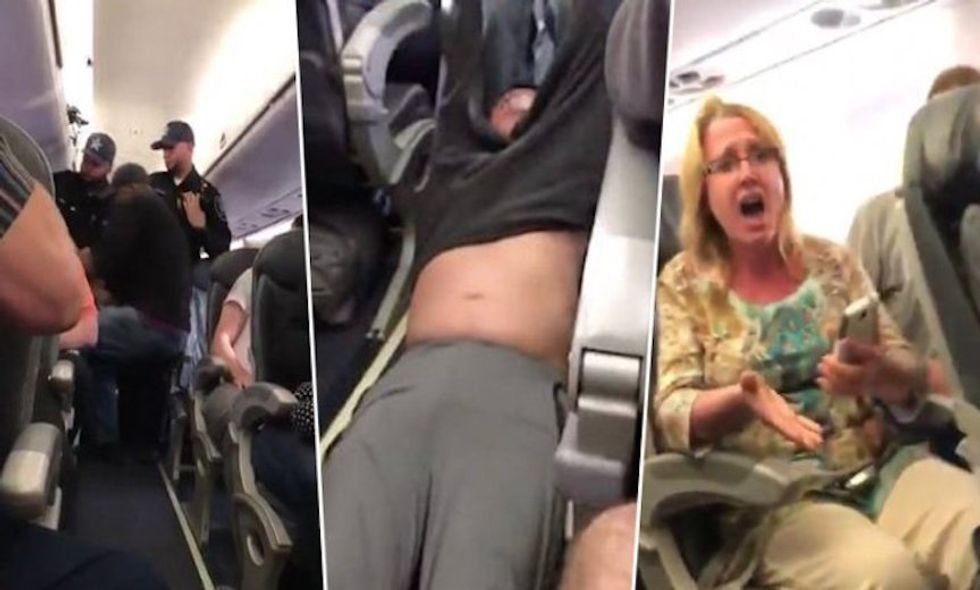 United wasn’t having a great day. Two separate videos--one showing aviation security officials dragging a passenger out of his seat and down the aisle, and the other revealing him bleeding and disoriented after the ordeal--went viral on the Internet. As the social media clamor rose, United’s CEO issued a statement regretting the need to “re-accommodate” passengers, which served only to worsen the matter by adding tone-deafness to brutality as descriptors for the airline.

The incident left many wondering what legal recourse passengers actually have in such a circumstance. There are also some who are starting to wonder whether United acted within its legal rights at all. The Department of Transportation is now reviewing the entire incident, saying

"The Department of Transportation (USDOT) remains committed to protecting the rights of consumers and is reviewing the involuntary denied boarding of passenger(s) from United Express flight 3411 to determine whether the airline complied with the oversales rule. The Department is responsible for ensuring that airlines comply with the Department's consumer protection regulations including its oversales rule. While it is legal for airlines to involuntary bump passengers from an oversold flight when there are not enough volunteers, it is the airline's responsibility to determine its own fair boarding priorities."

There appears also to be at least some question as to whether the the forced removal of the passenger was permitted under United’s standard Contract of Carriage, which spells out many reasons in Rule 21 why passengers can be removed, none of which appear to mention overbooking. And while United and apparently the Department of Transportation are viewing this as circumstance where someone was “involuntarily denied boarding” the notion of “boarding” is not clearly defined in the contract either. The fine print does spell out in Rule 25 what kind of compensation passengers are entitled to in the event they are involuntarily denied boarding, so putting aside the question of whether he was already boarded or not, those provisions are governed by federal law, and they provide some basic protections.

Voluntary Surrender of a Seat

In an oversold situation, which is quite customary and common, airlines typically will ask for volunteers to give up their seats in exchange for a travel voucher or other payment and a seat on a later flight. Among the 12 largest airlines in the U.S. last year, some 434,000 passengers voluntarily gave up seats, including nearly 63,000 on United.

But voluntary give-ups don’t always work, especially if the offer is deemed too stingy. That’s when airlines can outright deny boarding and, as United asserts here, actually bump passengers against their will. Again, it’s not totally clear from the rules whether a bump includes a removal by security, as the rules talk about denial of “boarding,” but assuming they do allow this, the federal rules spell out how much passengers get for that, and it varies depending on how long the bumped passenger will be delayed. If it’s over an hour, but under two (or under four for an international flight), the compensation is twice the amount of the one-way fare to the final destination, with a cap of $675. If it goes longer than that, the compensation is four times the rate, up to $1350.

Airlines set their own rules for priority about who gets bumped and who gets to stay. United lays this out in its “Boarding Priorities” in Rule 25 of its Contract of Carriage:

“Passengers who are Qualified Individuals with Disabilities, unaccompanied minors under the age of 18 years, or minors between the ages of 5 to 15 years who use the unaccompanied minor service, will be the last to be involuntarily denied boarding if it is determined by UA that such denial would constitute a hardship.”

“The priority of all other confirmed passengers may be determined based on a passenger’s fare class, itinerary, status of frequent flyer program membership, and the time in which the passenger presents him/herself for check-in without advanced seat assignment.”

In other words, the higher your fare class and status, the less likely it is you will be dragged off of one of their planes against your will. This makes some business sense, as the caps would be more quickly reached for those who paid for higher classes of airfare. But it does highlight how the decision to remove certain kinds of passengers is not totally random.

In this case, United did ask for volunteers, and the amount offered in compensation was $800. By accounts, however, the next flight for the removed passenger apparently was not until the next day. So he technically was smart to claim his “bump” was an involuntary denial, though perhaps not smart to refuse to leave. It will be interesting to see if in the end his likely attorneys claim United acted unreasonably or excessively under the circumstances, or whether the gray area of what comprises “boarding” means United acted outside of its legal rights by forcibly removing him so that its employees could ride instead.