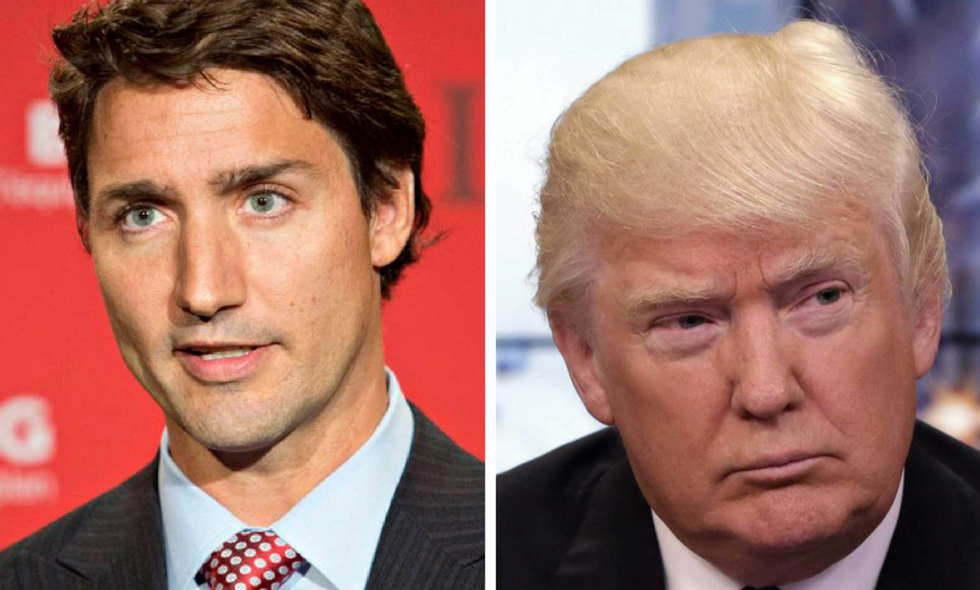 In what is being described as a landmark foreign policy speech, on Tuesday, Canada's Foreign Affairs Minister Chrystia Freeland delivered a repudiation of Donald Trump's isolationist foreign policy and asserted what The Globe And Mail calls "the Trudeau doctrine", that:

"Canadian foreign policy seeks to preserve multilateral institutions and the Western alliance in the wake of America First."

As Freeland put it:

The fact that our friend and ally has come to question the very worth of its mantle of global leadership puts into sharper focus the need for the rest of us to set our own clear and sovereign course. For Canada, that course must be the renewal, indeed the strengthening, of the postwar multilateral order.

While Freeland never mentioned Trump by name, she left no doubt whose foreign policy she was calling out.

You could easily imagine a Canadian view that says, we are safe on our continent, and we have things to do at home, so let’s turn inward. Let’s say Canada First...that would be wrong.

In fact, the principles Freeland laid out seemed not simply to define the Trudeau doctrine, but the anti-Trump doctrine, a blueprint for how Canada will fill the void of global leadership where a very large one has opened up by virtue of the abdication of that leadership by their southern neighbor:

In summary, we will be tireless in pursing our national interest, tireless in upholding progressive Canadian values, tireless in working to create a rules-based international order for the 21st century. Seventy years ago Canada played a pivotal role in forming the postwar international order. We are now called—by virtue of our unique experience, expertise, geography, diversity and values—to do this again, for a new century.

We will be tireless in pursing our ntl interest, in upholding progressive 🇨🇦values, in working to create a rules-ba… https://t.co/70sfbYLv55
— Chrystia Freeland (@Chrystia Freeland) 1496762099.0

You can read the speech in its entirety here.