Famous Musicians Are Suffering From Tinnitus, But New Treatments Could Provide Relief

Our noisy world is causing hearing loss and tinnitus. There’s no cure, but solutions may be coming. 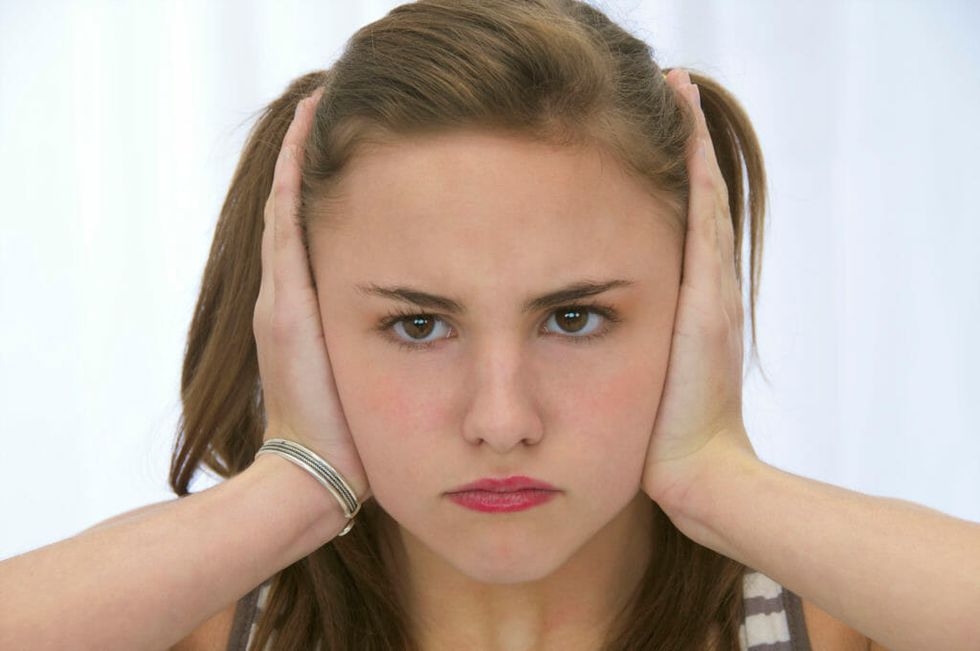 Media for Medical/UIG via Getty Images

Your mama was right: Listening to all that loud music on your headphones is bad for your ears. The problems may not appear overnight; it could take ongoing exposure to music at high decibels. Attending concerts, blasting the bass as you drive around town, and playing guitar with the amp turned up to 11 will eventually take its toll. And it’s not just music: We live in a world filled with traffic sounds, leaf blowers, construction noise and workplace din.

Even our rural environments are becoming too noisy: A recent study found that birds that nest in areas with oil and gas operations suffer from PTSD symptoms that are inferring with breeding success. These birds are the canary in the coal mine for human ear health: For us, exposure to loud noises is causing hearing loss and a condition called tinnitus, and it’s happening more often — and at younger ages — than ever.

As many as 15 percent of US adults, and millions of others around the world, suffer from tinnitus, a condition in which repeated exposure to loud sounds literally flattens the hairs that line the inner ear. In healthy ears, these tiny hairs move in responses to sound waves, triggering electrical impulses that transmit sounds to the brain. In damaged ears, they “leak” random electrical impulses to the brain, even when no sound is present. The result is ringing, buzzing, roaring, clicking, or hissing sounds, which can severely impact the person’s quality of life.

The condition is prevalent among workers in the construction trades, industrial environments, the military, and factories, but music has been responsible for numerous high-profile cases of tinnitus. Eric Clapton recently announced that he suffers from tinnitus and is going deaf. Other musicians with the condition include Neil Young, Chris Martin, Trent Reznor, Will.I.Am, and Pete Townshend. In 2017, Inspiral Carpets drummer Craig Gill took his own life while suffering from a debilitating case of tinnitus.

Now a flurry of new treatments may bring relief. Researchers from the University of Michigan and McMaster University in Ontario, Canada, have developed a device that delivers 30 minutes of sensory stimulation to bring relief to people who suffer from tinnitus. Delivered via headphones, the stimulus alternates between short audio tones (delivered via headphones) and light pulses to the patient’s neck or cheek. Patients can administer treatments using the device at home. It successfully alleviated tinnitus among 20 participants in a recent study who used the device for 30 minutes a day for one month. Two participants reported being completely cured, while 11 others reported a reduction in volume or pitch. A paper describing the research was published in the journal Science Translational Medicine.

Another potential treatment is the Antinitus patch, a stick-on patch that is worn behind the ear. Developed in Sweden, the patch contains a lens that creates an organized signal that regulates nerve functions in the auditory system.

Other sufferers report that being fitted with hearing aids diminishes the noise of tinnitus. The devices deliver continuous sound therapy to mask the less predictable noise of the tinnitus and also alleviates some of the hearing loss associated with the condition.

While these devices are promising, no widely available treatment currently exists for tinnitus. It is the number-one disability among veterans, with more than a million veterans receiving disability payments for tinnitus annually. Millions of people with the condition report that it affects their ability to work, is physically uncomfortable, and that the discomfort and hearing loss are socially isolating. Although it is a physical condition, some patients have found relief through psychological treatments, including cognitive behavioral therapy (CBT).

"Cognitive behavioral therapy is widely accepted and promoted by our national professional society, but very few people know about it," said Harrison Lin, an ear surgeon at the University of California, Irvine Medical Center. "It's about converting the way in which you think about tinnitus from negative emotions and trains of thought to more positive trains of thought."

Mindfulness meditation is another treatment that targets the psychological effects of tinnitus, rather than the physical condition.

"I'd done hearing aids, acupuncture, massage, tinnitus retraining therapy, and there was nothing else left," said Linda Gray, a tinnitus sufferer who tried mindfulness meditation to overcome the impact tinnitus had on her life. "I had to get on with my life. I couldn't just sit in my bedroom listening to white noise for days or weeks at a time. I have some tools now to cope with it, rather than panic."

Hearing loss used to be a problem associated with aging, but CDC reported that results of the National Health and Nutrition Examination Survey (NHANES) found that 19 percent of people between the ages of 20 and 29 already had some hearing loss, which typically worsens with age.

"Probably the largest cause [of hearing damage] is millennials using iPods and [smartphones],” says Dr. Sreekant Cherukuri, an ear, nose, and throat specialist from Munster, Indiana, who says that hearing loss among today's teens is about 30 percent higher than in the 1980s and 1990s. “You (once) had a Walkman with two AA batteries and headphone thongs that went over your ears,” he said. “At high volume, the sound was so distorted and the battery life was poor. Nowadays, we have smartphones that are extremely complex computers with high-level fidelity.”

“Noise is damaging hearing before anyone notices or diagnoses it,” said Anne Schuchat, the CDC's acting director. “Because of that, the start of hearing loss is underrecognized.”

Why are we losing our hearing at young ages? The CDC suspects it could have something to do with the iPods that millennials grew up listening to — at high volumes, and plans to study the impact of personal listening devices on hearing. In the meantime, maybe we could all just turn the volume down a little.