The Top Science Stories of 2015 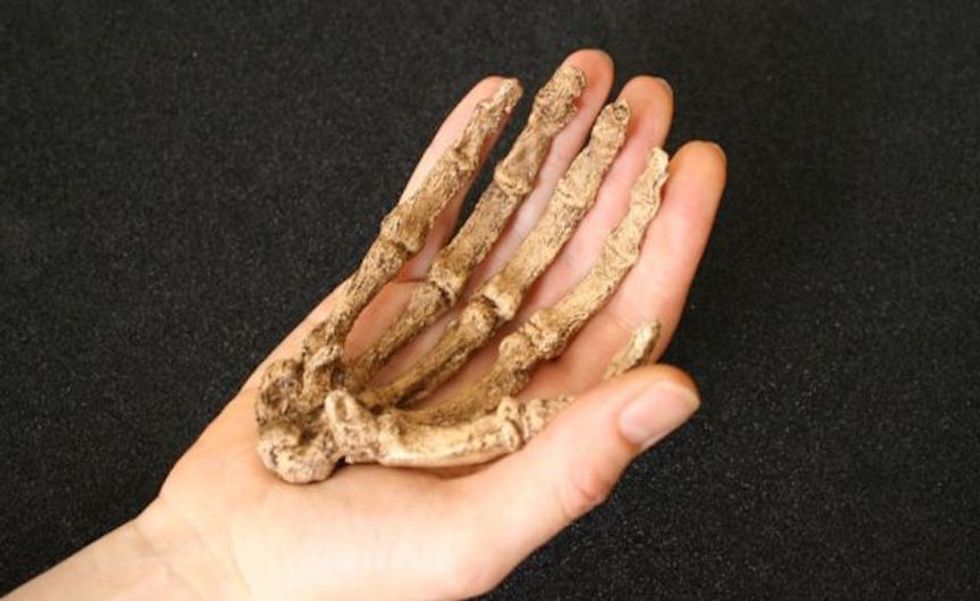 This wasn’t the year of the hoverboard, flying cars or fast-rehydrating pizzas, much to the disappointment of Back to the Future fans everywhere. Nevertheless, scientists have continued to push their respective disciplines to futuristic new heights, pulling the curtain on a future replete with technological and medical advances even a sci-fi writer might not have dreamed up.

At the same time, research into the toll that human life and industrialization has taken on the planet paints a dire picture of what lies ahead. This makes advances in the field of clean energy all the more vital as mankind gears up to fight for the very habitability of the planet.

Below is a list of the top 10 science stories of 2015, as chosen by Second Nexus’s staff. They’re broken down by discipline and in random order, and are sure to inspire disagreements among readers. So read on and feel free to comment if you feel other recent discoveries should have made the list!

Scientists identified the first powerful new antibioticin 30 years, bringing hope to the medical field at a time when bacterial infections have grown increasingly resistant to the current arsenal of drugs. Called teixobactin, the antibiotic shows great promise in early-stage research in both test tubes and mice, succeeding, for example, in killing a drug-resistant staph infection in rodents. Researchers identified teixobactin through a unique take on the traditional method of mining soil samples for antibiotic candidates. The drug has yet to be tested on humans, so even if clinical trials go well, it won’t be on the market for another five or six years.

A technique called CRISPR has super-charged scientists’ power to edit genes, allowing them to make precise changes to multiple genes in humans, animals and plants. The method may be used to knock out the genes responsible for certain diseases, such as cystic fibrosis, or to develop genetically-modified crops.

Chinese researchers ignited an ethical debate after using CRISPR on human embryos (albeit non-viable ones) in an attempt to modify the gene responsible for a potentially fatal blood disorder. Also, the lab of Harvard geneticist George Church has used CRISPR to develop elephant cells containing 14 wooly mammoth genes that may have helped the extinct beasts tolerate the cold.

Meanwhile, an international team of researchers has made major progress in mapping what’s known as the human epigenome, the chemical compounds that help instruct how genes are switched on and off in different kinds of cells. This may eventually lead to new ways to understand, treat and cure diseases.

This was the year Pluto got its mojo back. After getting bumped off the roster of official solar system planets in 2006, the distant dwarf planet finally basked in a serious spotlight as NASA’s New Horizons spacecraft provided the first-ever close-up images of its surface and moons. The intrepid vessel spent nine and a half years traveling 3 billion miles before finally coming within 7,800 miles of Pluto. To the surprise of NASA scientists, planetary mountains of up to 11,000 feet high are likely made of frozen water.

In other space news:

Environmentalists and penny-pinchers alike may have reason to rejoice in the announcement from Telsa, the electric car and energy storage company, of a new battery that can store solar energy for use in the home. Because home electric use typically peaks in the morning and the evening, solar panels wind up absorbing energy during the day that may go unused. Consumers with solar panels but no backup battery typically sell that daytime energy to power companies, which sell it back to them during the evening—an exchange that increases a household’s carbon footprint. About four by three feet, and seven inches deep, the Powerwall home battery costs $3,000 to $3,500. For those who have large enough solar panels to rely on the sun for all their energy needs, the new battery may ultimately lower their energy costs.

Also, in an advancement for nuclear fusion, the privately funded Tri Alpha Energy was able to heat a ball of gas to about 10 million degrees Celsius and keep it steady for five milliseconds before it decayed. If the researchers can hold the gas steady for longer and at hotter temperatures, eventually the nuclei in the gas’s atoms will fuse and emit energy in the process.

Graphene is a wonder-material of the near future. Made up of a flat matrix of hexagonal carbon, it is only a single atom thick, yet is remarkably strong and flexible, and it beats copper in carrying electricity by 1000-fold. Researchers and companies are racing to find uses for the material, filing thousands of patents in recent years. Fabricating high-quality sheets of the material is a challenge though. Researchers at the University of Illinois at Chicago have found an answer to this problem by using a supersonic nozzle, used in rocket and jet engines, to spray graphene particles onto a material, ultimately yielding the desired graphene sheet.

Meanwhile, researchers have been hoping to develop semiconductors with a cousin to graphene, one-atom-thick sheets of silicon, known as silicene. This year, scientists developed the first silicene transistor—albeit a relatively shaky, proof-of-concept model.

Researchers have developed a model of how neuronal changes etch learning and memory into the brain. After training lab rats to turn left or right based on certain sound cues, scientists euthanized them and then took slices of their brains to see if they could determine how each rat had been trained based on the properties of certain neurons.

Meanwhile, others scientists found that cryogenically frozen worms could retain specific memories after they were reanimated. Before putting the worms in the deep freeze, the researchers taught the creatures to move to particular areas after smelling a substance called benzaldehyde. After the thaw, the worms still remembered their training.

A Canadian optometrist has developed a bionic lens that, after a painless eight-minute surgery, could give an individual vision that is three times better than 20/20 (this is the difference between seeing a clock clearly from 10 feet and from 30 feet). Not only would replacing the natural lens with this custom-made version do away with the need for contacts or glasses, it would also prevent cataracts. Depending on regulatory approval, the technology could be available in the next few years.

The success of quantum computing, technology that would vastly improve computer speed and efficiency, depends presently on the quantum entanglement of particles. Researchers in Italy, Scotland and Canada have succeeded in installing a miniscule ring-resonator on a microchip that produces entangled photons without needing much power. This represents an advancement over the work of scientists that previously yielded entangled photons from a silicon chip, because those researchers produced far fewerphotons and the amount of energy needed to achieve the feat was impractically high. This could pave the way for greater commercial application of quantum computers, which are several orders of magnitude more powerful than traditional computers.

With species dying off at an alarming rate, the Earth is in the midst of a “sixth mass extinction,” researchers speculate. To come to this conclusion, scientists compared the recent rate of global extinction with the rate they estimate is typical based on fossil records. Since 1900, the world has lost an estimated 69 mammal species, along with 400 other vertebrates. Had it not been for human hunting or human-generated pollution and habitat change, only an estimated nine vertebrates would have gone extinct during that time. In other words, extinctions are occurring at a rate 20 to 100 times greater than what would be expected without the effects of humans. At this rate, it may only take another 250 years before humans wreak havoc on the existence of global species to rival that of the event that wiped out the dinosaurs.

A chance sighting by spelunkers exploring a South African cave has led to a goldmine find for a team of anthropologists: 1,550 fossil elements (so far) from at least 15 members of a previously unidentified early type of human, the newly minted Homo naledi. The H. naledi amount to a curious hodgepodge of early and late human traits, including brains about the size of an orange—a fact that suggests the discovered remains are more than 2.5 million to 2.8 million years old—but jaws, teeth and feet that more closely resemble those of modern humans. The hominids’ long legs and human-like feet likely lent themselves to upright walking for extended distances, while their curved fingers probably made them good climbers. The trove of bones were all in one place because the H. naledi likely practiced ritualized treatment of their dead—in this case depositing bodies in the remote section of the cave. Up until now, scientists have believed that only modern humans engaged in such burial-type behavior.