The Government Finally Has Searched The San Bernardino Shooter's iPhone 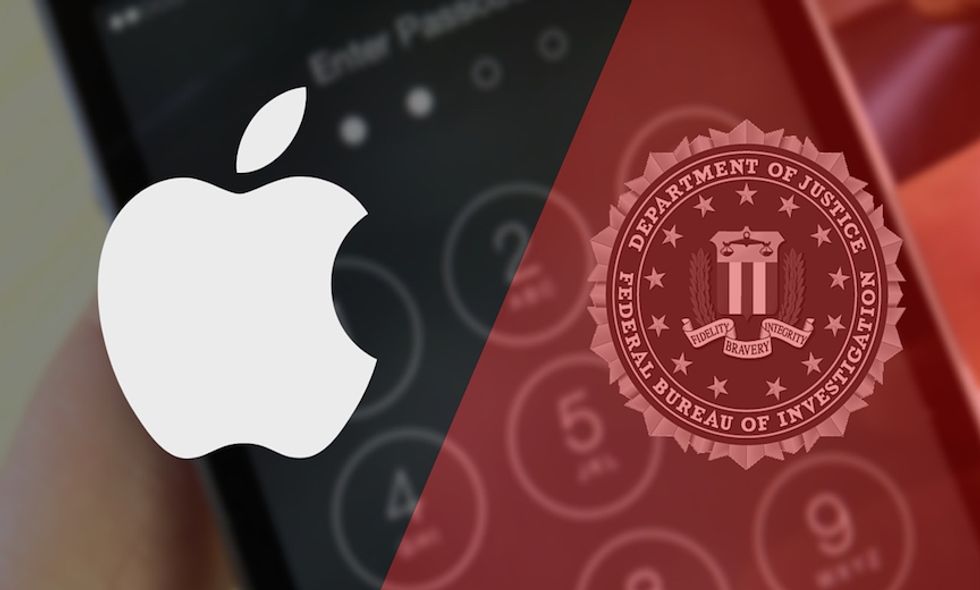 The Federal Bureau of Investigation (FBI) has found nothing of significance on the iPhone 5c used by San Bernardino gunman Syed Rizwan Farook. The FBI spent many months analyzing the phone's contents, under the belief might hold clues about the plans and contacts of the attackers, who killed 14 people during a holiday gathering in December. According to an anonymous source with knowledge of the FBI's activities, the Bureau will continue to review the information seized in the investigation.

In court papers filed March 28, the government announced it had cracked the iPhone and no longer needed Apple’s help to unlock the device. The government intended to drop the legal case against the company.

Apple made headlines in February after it refused to assist the Federal Bureau of Investigation (FBI) in unlocking an iPhone used by one of the shooters. Apple’s stance ignited a national conversation over individual privacy versus safety. Talks between Apple and federal authorities collapsed, and the government filed a motion in court. A federal judge ordered that Apple provide “reasonable technical assistance” to investigators. But Apple refused to comply with the order, which would have required Apple to build software to unlock the phone; this software does not currently exist.

CEO Tim Cook publicly opposed the judge’s order in an open letter posted on the company’s website. “The government is asking Apple to hack our own users and undermine decades of security advancements that protect our customers—including tens of millions of American citizens—from sophisticated hackers and cybercriminals,” he wrote.

With the code cracked, the FBI focused on reviewing the information contained in the phone. A third party whom the government refuses to identify apparently unlocked the phone. In its filing dismissing the suit, the government does not mention what methods the FBI used to unlock the phone, nor does it indicate what evidence related to the attack was found on it. A government official said the method to unlock the phone was procured from a private entity and not developed by any government agency. Officials declined to say whether these same methods could be used to open prior versions of the iPhone using other operating systems.

The FBI did hint it had found a way to exhume the contents of the phone without Apple’s help. While the filing put a temporary halt to the current debate over whether the government has the authority to force software companies to write software to aid in criminal investigations, there are diverging opinions over how secure electronic

The FBI may never tell Apple how exactly it opened the iPhone, but the tech giant says it will “continue to increase the security of our products as the threats and attacks on our data become more frequent and more sophisticated.”

FBI Director James Comey is uncertain if the FBI will comply with Apple’s request to reveal its methods. "If we tell Apple, they're going to fix it and we're back where we started," Comey said. "As silly as it may sound, we may end up there. We just haven't decided yet." In fact, he says, the flaw which allowed the FBI to unlock the phone only affects an iPhone 5c running IOS 9. The flaw would only place a minority of Apple users at risk, as most Apple users have moved on to the iPhone 6 and iPhone 6 lines. “This doesn’t work on [an iPhone] 6s, doesn’t work in a 5s, and so we have a tool that works on a narrow slice of phones,” Comey said in a statement.

“Courts should be skeptical going forward when the government claims it has no other option besides compelling a device maker’s assistance,” says Riana Pfefferkorn, a cryptography fellow at the Stanford Center for Internet and Society. “Now that the F.B.I. has accessed this iPhone, it should disclose the method for doing so to Apple. Apple ought to have the chance to fix that security issue, which likely affects many other iPhones.”

The government should expect technology companies to make their devices harder to crack with each new update, says Eric Berg, special counsel for Foley & Lardner and a former Justice Department attorney. But another company will test the boundaries of privacy and security soon enough.

The claims that Farook’s iPhone 5c would be critical to the success of the FBI’s investigation have so far been fruitless and the FBI might have caused greater damage if its efforts to crack the phone were all in vain. Apple wants to make it more difficult for law enforcement officials to access photos, videos and other pertinent information on its servers and is currently working on fortifying its iCloud service.