Texas Just Became a "Show Me Your Papers" State 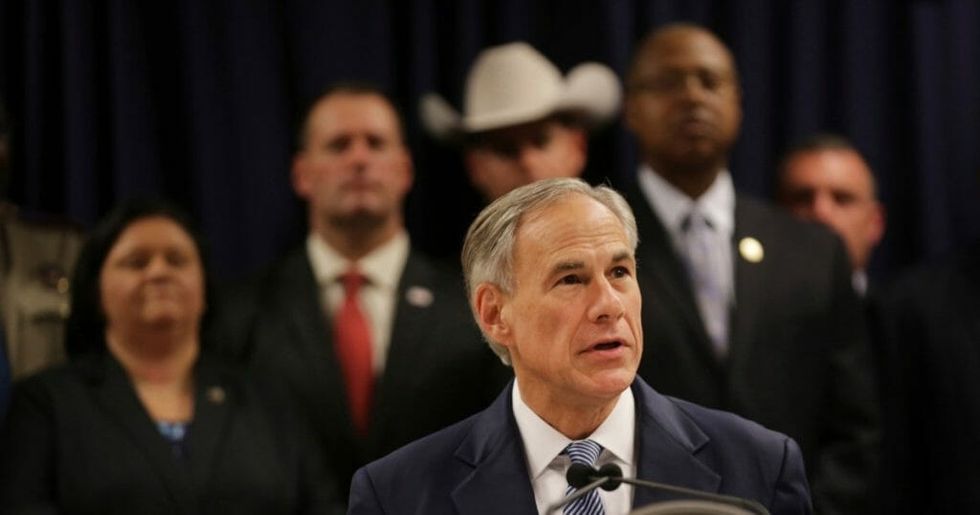 Texas Governor Greg Abbott took to Facebook Live Sunday night to sign SB4, which bans sanctuary cities in the state of Texas and allows local law enforcement to inquire into the immigration status of anyone they detain for any reason.

SB4 cleared a final hurdle in the state legislature on Wednesday when the state Senate accepted the House version of the bill. SB4 is the culmination of a six year effort by Republicans and a priority for Governor Abbott, who signed an executive order in January banning sanctuary cities, despite of the fact that no jurisdiction within Texas has declared itself a sanctuary city.

The new law, which will take effect on September 1, threatens law enforcement with jail and fines if they do not comply with federal immigration authorities.

Opponents of the bill, including Democrats, immigrant rights advocates, and every major police chief in the state of Texas, railed against SB4, calling it discriminatory and saying it would sow distrust of law enforcement within immigrant communities.

BREAKING: @GovernorAbbott_TX signed racist SB4 into law. We won't stop fighting for our families to make Texas a… https://t.co/4hZ0AzQgPn
— United We Dream (@United We Dream) 1494215177.0

In a Dallas Morning News Op-Ed, the chiefs of police of Dallas and Houston wrote:

“Such a divide between the local police and immigrant groups will result in increased crime against immigrants and in the broader community, create a class of silent victims, and eliminate the potential for assistance from immigrants in solving crimes or preventing crime."

The ACLU of Texas said "Lawmakers, families and advocates pleaded for the Texas legislature to reconsider. Instead of listening, Gov. Abbott just gave police a license to discriminate. #SB4 is unconstitutional. We’ve fought and won against 'show me your papers' laws before, and we will fight again."

"Distrust and fear of contacting the police has already become evident among immigrants." https://t.co/UQJOXQwFNH #SB4 #TXlege @TeenVogue
— ACLU of Texas (@ACLU of Texas) 1494020409.0

In 2012, the Supreme Court struck down elements of Arizona's "papers please" law, but maintained its provision allowing law enforcement to ask detainees about their immigration status.