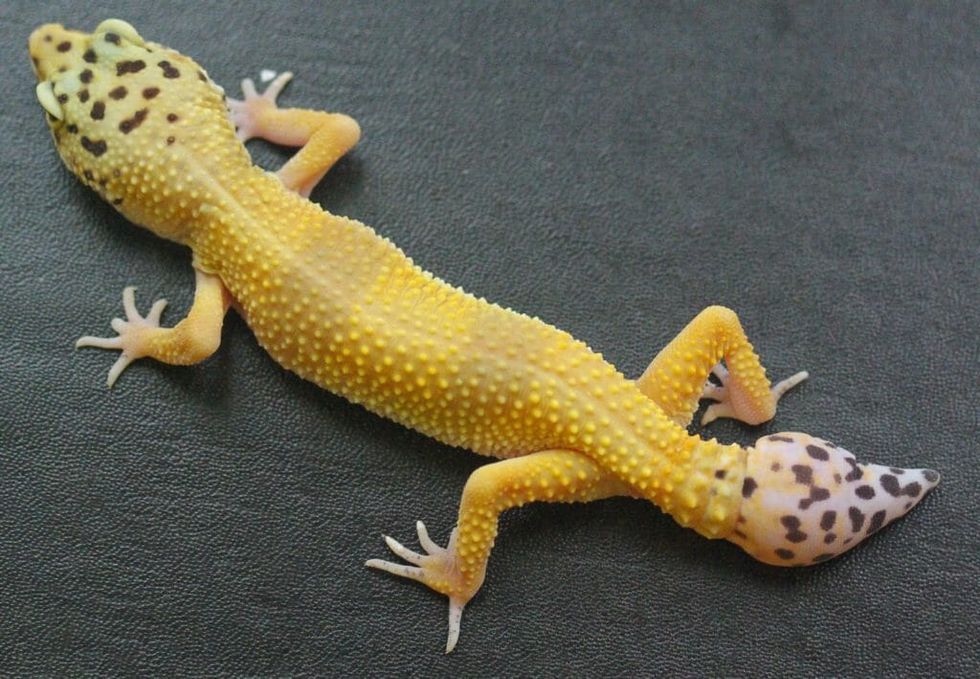 While broken bones can mend and torn tissue can regrow, if humans lose a limb, we live with that for the rest of our lives. And when we suffer a spinal injury, the cord never heals — but maybe it could. Researchers at the University of Guelph in Canada are studying the regenerative abilities of gecko lizards, which are able to regrow lost tails, with the hope they will discover new and better ways for humans to heal themselves.

If this seems like an idea plucked from science fiction or a comic book, that’s because it is. Fictional character Doctor Curt Connors, an antagonist and sometimes ally to Peter Parker’s Spider-Man, injected himself with a lizard serum in the hopes of regrowing his amputated arm. Instead, he cursed himself with a Jekyll-Hyde existence, transforming into a monstrous and hungry humanoid lizard. Fortunately, the real-life science of lizard regeneration is far less dramatic and far more promising.

When geckos lose their tails, they grow a new one, similar to how salamanders regrow limbs and diminished organs. Developmental biologist Matthew Vickaryous, at the University of Guelph, believes leopard geckos, in particular, are a great example of a regenerating species: “Geckos are able to regenerate many tissues throughout their bodies, making them ideal models for studying wound healing and tissue re-development. We can learn a lot from them,” said Vickaryous in a recent interview.

Vickaryous was attracted to the leopard gecko because upon encountering a predator they easily detach their tails, making them easy to study. “We can just give them a firm pinch at the tail and it basically falls off,” says Vickaryous. But of much greater importance is the fact that most of the leopard gecko’s spinal cord is found in their tails.

This explains why they are able to grow back their tails in a month’s time, faster than any other known lizard. The speed at which these geckos regrow their lost tails clued in Vickaryous and other scientists that stem cells might be involved.

The Regenerative Powers of Stem Cells

Stem cells are essentially blank slate cells located in groupings throughout your body, that can develop and differentiate into any type of cell found in your body, be it skin, muscle or organ tissue, according to your body’s needs. Vickaryous’ team discovered that when a leopard gecko’s tail detaches, stem cells known as radial glial cells activate and get to work.

These radial glial cells are normally fairly quiet, “but when the tail comes off everything temporarily changes. The cells make different proteins and begin proliferating more in response to the injury. Ultimately, they make a brand new spinal cord. Once the injury is healed and the spinal cord is restored, the cells return to a resting state,” says Vickaryous.

Vickaryous and his team recently published their work in the Journal of Comparative Neurology. As lead author, Vickaryous explains the hypothesis of the research: “As for many lizards, the leopard gecko (Eublepharis macularius) can self-detach its tail to avoid predation and then regenerate a replacement.

Through the research they found that a blood clot almost immediately develops where the gecko lost its tail, sealing the wound. But if the research team covered the wound with gecko skin, before it could clot, the regeneration would fail to take place. This meant that the open wound itself is sending out signals to the body that something needs replacing.

When humans suffer an injury to their spinal cord (12,000 cases per year in the U.S.), scar tissue grows around the injury. The scar tissue seals the wound, minimizing inflammation, but also preventing regeneration much like the skin placed on the tailless geckos. According to Vickaryous, geckos don’t form that scar: “This absence of a scar is a big feature, we think, that permits them to regrow.”

This leads him to think scar tissue might be part of the reason why humans cannot heal from spinal injuries. “This may play a role in why we have a limited ability to repair our spinal cords. We are missing the key cells types required,” Vickaryous said. Radial glial cells, though abundant in the brain and spinal cord of human fetuses, are absent once a human reaches adulthood. Vickaryous thinks the fact we are missing these stem cells is the primary reason why we cannot regenerate spinal cords.

“Humans are notoriously bad at dealing with spinal cord injuries so I’m hoping we can use what we learn from geckos to coax human spinal cord injuries into repairing themselves,” says Vickaryous. He and his team now ponder whether reintroducing radial glial stem cells to a spinal cord injury could prevent the formation of scar tissue, and thus allow for regeneration.

Their research with leopard geckos continues, as they look to how other areas of their bodies regenerate, including brain cells. One day their research may unlock the secrets of human regeneration, minus the sensationalized blood-thirsty reptilian side effect.

To learn more about gecko regeneration, visit the Vickaryous Lab.