Conservative Congressman Slams Trump for Lying 'Twice in One Short Tweet' About Impeachment, and People Are Here for It

Chris Wallace Tears Into Fox News Contributor, Tells Her to 'Get Your Facts Straight' on Impeachment

These Doctors Are Refusing to Treat Families Who Won’t Vaccinate

Co-sleeping, sleep training, breast versus bottle, free-range versus helicopter parenting – these are all hot-button parenting issues. But no parenting issue invokes more division and derision than vaccination.

The difference, pro-vaccinators argue, between the first examples and vaccination is that the decision not to vaccinate impacts more than just one’s immediate family. Unvaccinated children can present a health risk to those too young to be immunized or who are unable to receive vaccines because of allergies or other health issues.

Yet more and more families are opting out of vaccinations. In some states, the number of opt-outs has caused vaccinations to drop below the herd immunity threshold – the proportion of immunized people necessary to prevent widespread transmission of a disease. For some diseases, like measles, as much as 94 percent of the population must be immunized to reach the threshold.

Take measles, for instance. In 2000, the United States declared that measles had been eliminated in the country. “Elimination” is a technical term, meaning that there is no continuous disease transmission in a specific geographic area for 12 months. However, the disease can still be brought over from other countries. From 2002-2007, the number of reported measles cases remained relatively consistent at around 50, with a low of 37 reported cases in 2004. 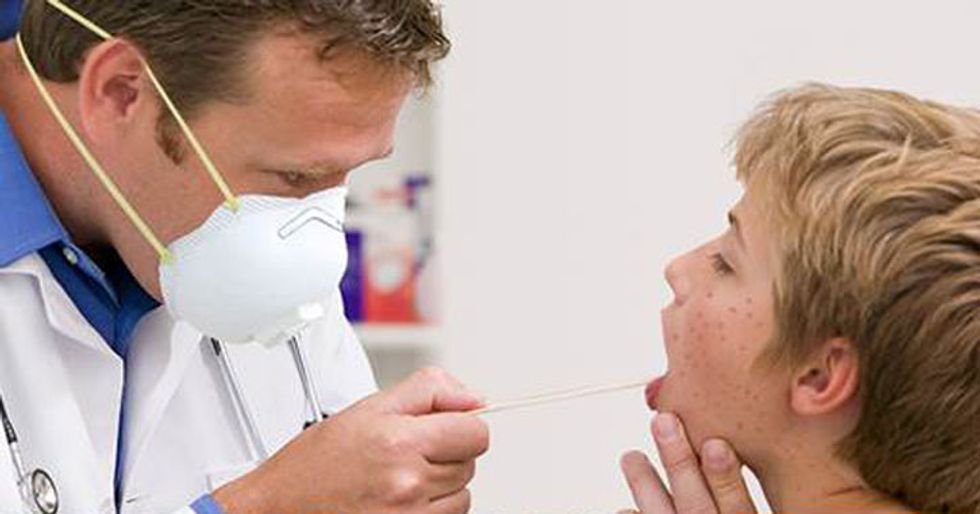 The number began to increase in 2008, with 140 reported cases. While the following few years saw some back and forth, the past few years have been consistently high. In 2014 the CDC reported 667 cases of measles. 2015 had 189 reported cases - many linked to the

widely-publicized outbreak in 2015 linked to Disneyland.  The Disneyland outbreak spread to six states and sickened 147 people.

To Treat or Not to Treat

This uptick in preventable diseases has caused many parents to look to their pediatricians for help. But not in the way you might think. Some parents are putting pressure on pediatricians to stop seeing families who refuse to vaccinate.

“The families essentially are saying I don’t want to bring my child to a practice that accepts non-vaccinators because I don’t want my kid getting sick in the waiting room,” said Dr. Sean O’Leary, a pediatric infectious disease specialist at Children’s Hospital Colorado. 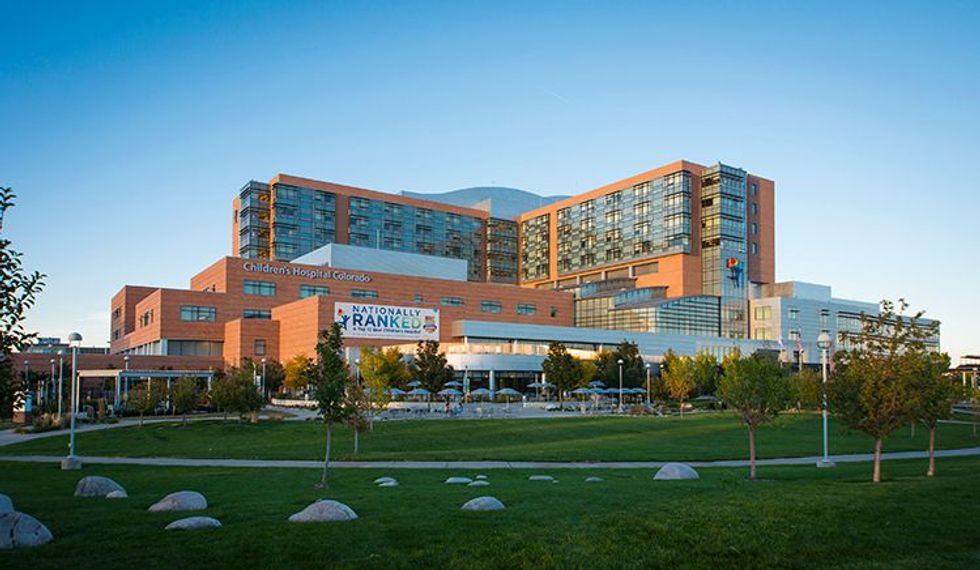 Doctors may also experience tension when faced with patients who act counter to their medical knowledge and advice. “If parents don’t believe me when this is a slam dunk that vaccinations are a benefit to each and every child, you wonder if they will trust you on other things,” said Dr. Peter Liber, of Wheaton Pediatrics in Illinois.

This pressure puts doctors in a tough spot. “It’s an ethical dilemma in the sense that there are two choices and neither of them are optimal,” said Dr. Eric Kodish, a bioethicist and pediatrician at the Cleveland Clinic.

A Growing Number of Physicians Refuse to Treat Unvaccinated Children

While the vast majority of doctors do not turn away unvaccinated children, a growing population of doctors do. A recent study by the journal Pediatrics found that 1 in 5

pediatricians regularly dismiss families who refuse to have their children vaccinated.

“We decided that the patients who are not vaccinated are presenting a clear and present danger,” explained Dr. Charles Goodman, a California pediatrician whose office recently adopted a policy of mandatory immunization for patients. “It just wasn’t fair for a small number of patients to put those many patients who either couldn’t be vaccinated because they’re too young or had a weakened immune system, at risk.”

Dr. Laura Bianconi at Centegra Physician Care in Illinois also began to treat only those who were adequately immunized. “We all agreed that we needed to change course for the benefit of the kids in our community. We decided it was more important to protect the health of the kids in our practice who are too young to be vaccinated than it was to let people make individual choices about vaccines.”

While more pediatricians are adopting this policy, it is not strictly in line with the recommendations of the American Academy of Pediatrics (AAP), despite the AAP’s strong endorsement of universal immunization.

The AAP recommends that “[i]n general, pediatricians should avoid discharging a patient from their practices solely because a parent refuses immunizations for the child.”  However, the AAP does suggest that a doctor encourage a patient to find another provider if their relationship becomes “unworkable.” What “unworkable” means is not explained.

amount of time working with parents who refuse to immunize their children according to the recommended schedule or who fail to abide by an agreed-upon, recommended catch-up schedule.”

The Argument Against Discharge

Although the resolution met with some approval, some bioethicists opposed it.

“The AAP feels that pediatricians are by far the best resource of information for parents who have concerns about vaccines and that if pediatricians are turning patients away from their offices, we’re going to lose that opportunity to try and educate them,” said Dr. Mark Sawyer, a member of the AAP Committee on Infectious Diseases. “The hope is that we’ll eventually get them to be immunized.”

Dr. Soujanya Pulluru, a family physician in Naperville, Illinois, follows the AAP’s recommendation. “These children deserve access to the care we give them. They deserve the right to get medical care irrespective of their parents’ choices.” 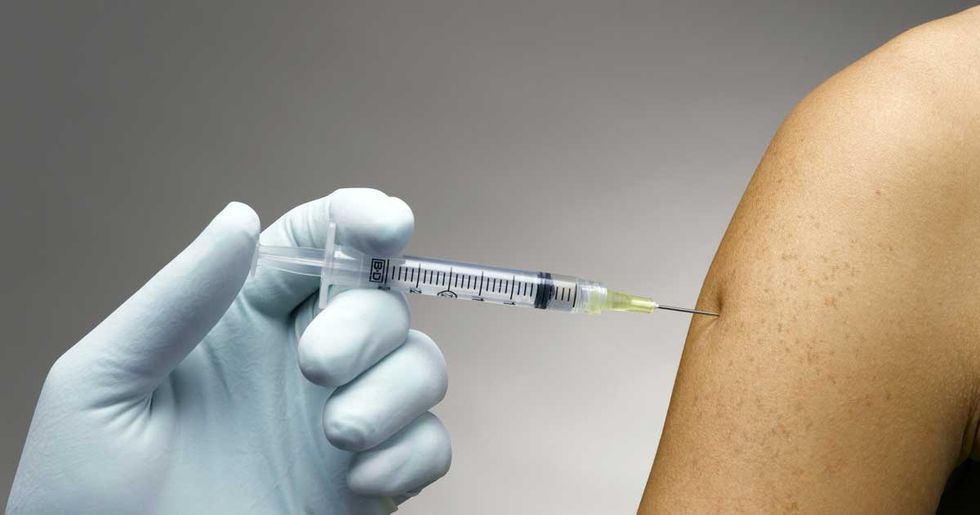 Dr. Margarita Cancio, an infectious disease physician with Tampa Community Hospital, agreed. “A pediatrician or family doctor who is more absolutist and takes a hardline stance on vaccination loses that opportunity to build a kind of trusting relationship [with the patient and parents] and do what’s right for the kid, which is to get them immunized.”

There is also some concern that refusing care could further isolate and outrage vocal members of the anti-vaccination movement. Michelle Meyer, director of bioethics policy at Union Graduate College-Icahn School of Medicine at Mount Sinai, worried about “further

antagonizing a group that is already very emotional about this topic,” describing firing a patient as an “extreme and shaming act that amounts to patient abandonment.”

Some doctors attempt to take a compromise position. Dr. Monica Asnani, a pediatrician with the Medical Arts Pediatric Medical Group in Los Angeles, has a partial vaccination policy at her clinic – the clinic requires that patients have at least two-thirds of recommended vaccinations. “My philosophy is that if I shut my door completely to people who maybe are on the fence about vaccines or want to do some and not all, they’re just going to find another doctor who will accept them and not educate them. And then I’m not able to protect that child.”

How to Keep Patients Safe?

If doctors do follow AAP guidelines, and continue to allow unvaccinated patients, is there any hope for keeping other patients safe?

Pediatrician Dr. John Lantos, director of the Children’s Mercy Bioethics Center in Kansas City, argued that doctors could focus on measures to keep ill children separate from the well children, or out of the waiting room until a doctor is available.

Yet it is not always obvious that a child has a contagious disease like measles, where the telltale rash doesn’t appear for three to five days after the fever begins. Meanwhile, the Center for Disease Control recommends that the first dose of the measles, mumps and rubella vaccine not be received until 12 to 15 months. The chances of an unvaccinated person getting measles after coming near someone infected with the disease is 90 percent.

As the anti-vaccination movement continues forward, it seems clear that this debate is not going to resolve soon. “It’s a difficult question for pediatricians,” said Dr. O’Leary. “I don’t know what the right answer is personally.”

The team went after a familiar target in a performance that was likely only for one audience member: Donald Trump.

Ken Starr, a conservative pundit and frequent Fox News guest, is best known for his dogged attacks to find impeachable offenses by President Bill Clinton during a multi-year investigation into every aspect of the Clinton family's lives.

In the end, Starr found an extramarital affair which was used to impeach Clinton and that Clinton lied under oath about his personal life.

President Donald Trump's personal attorney Rudy Giuliani is known by some to hurt his client more than help him.

Such was the case on Monday afternoon, after Trump's impeachment defense attorney, Jane Raskin, defended Giuliani on the Senate floor, dismissing the idea that he went to Ukraine to look for dirt on former Vice President Joe Biden.

Chris Wallace Tears Into Fox News Contributor, Tells Her to 'Get Your Facts Straight' on Impeachment

New allegations from former National Security Advisor John Bolton in his upcoming memoir have thrown a wrench into the efforts of President Donald Trump's impeachment defense team to bypass a vote for additional witnesses.

According to Bolton, Trump told him explicitly that he wanted to withhold congressionally approved aid from Ukraine until its President announced investigations into Trump's political rivals.

Conservative Congressman Slams Trump for Lying 'Twice in One Short Tweet' About Impeachment, and People Are Here for It

Congressman Justin Amash (I-MI) left the Republican Party in July of last year after frustration with its enabling of President Donald Trump.

Since then, Amash has publicly taken Trump and others to task for lying, and he sided with Democrats in favor of Trump's impeachment by the House of Representatives.

Amash is at it again after Trump tried to dismiss new allegations by former National Security Advisor John Bolton, who wrote in a manuscript of his upcoming memoir that Trump sought to withhold congressionally approved aid from Ukraine until its President announced investigations into the Bidens.

'I Left the GOP' Trends as People Share Why They Left the Republican Party, and There's a Common Thread

While he enjoys a high approval rating among the Republican party, a new hashtag trending on Twitter is highlighting those who were so repulsed by him that they left the party all together.

The hashtag #ILeftTheGOP, apparently started by former Conservative writer Cheri Jacobus, shot to one of the top trends on Twitter.