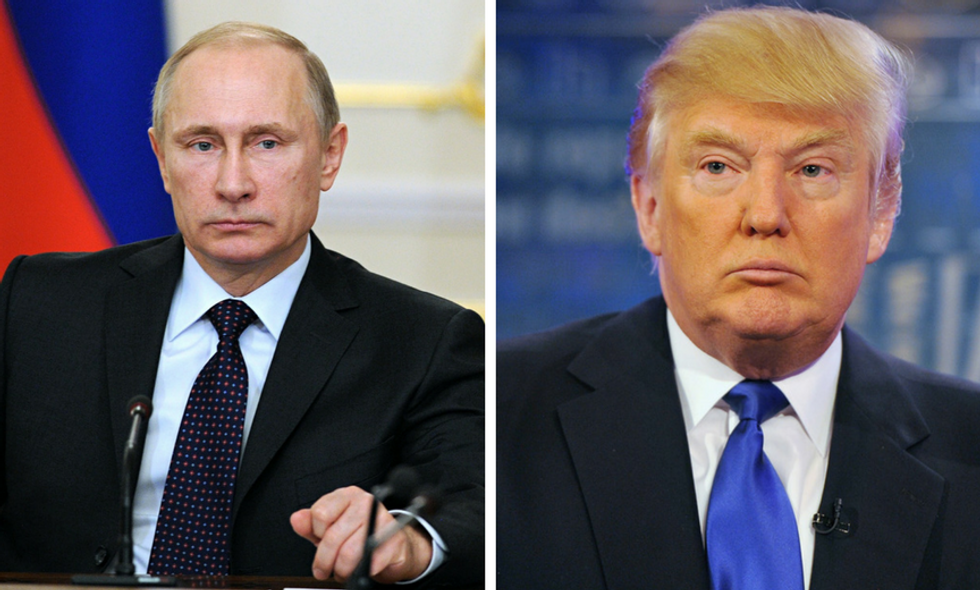 In yet another bombshell in the ongoing Trump Russia saga, The Washington Post reported Wednesday evening that in June of 2016, House Majority Leader Kevin McCarthy expressed his belief that Donald Trump was being paid by Vladimir Putin.

McCarthy made the comments during a conversation with Speaker Paul Ryan and other GOP House members on June 15, 2016, the day after the Post reported that the DNC had been hacked.

According to a transcript of audio obtained by the Post, McCarthy said:

"This is an off the record...NO LEAKS...alright? This is how we know we're a real family here."

When asked for comment, a spokesman for Paul Ryan first insisted "That never happened." Matt Sparks, a spokesman for McCarthy, similarly said: “The idea that McCarthy would assert this is absurd and false.”

However, once The Post informed them that there was a recording of the conversation, they changed their tune.

“This entire year-old exchange was clearly an attempt at humor. No one believed the majority leader was seriously asserting that Donald Trump or any of our members were being paid by the Russians. What’s more, the speaker and leadership team have repeatedly spoken out against Russia’s interference in our election, and the House continues to investigate that activity.”

When confronted by NBC News, McCarthy tried to play it off as "a bad attempt at a joke."

This revelation is the latest in a string of news stories that just serve to reinforce the narrative that Trump and his team had close ties to Russia and Putin during the 2016 election. It's bad timing for Trump who is attempting to portray the investigation as a "witch hunt" by an adversarial press.