Could A Cure For Diabetes Be Within Reach? 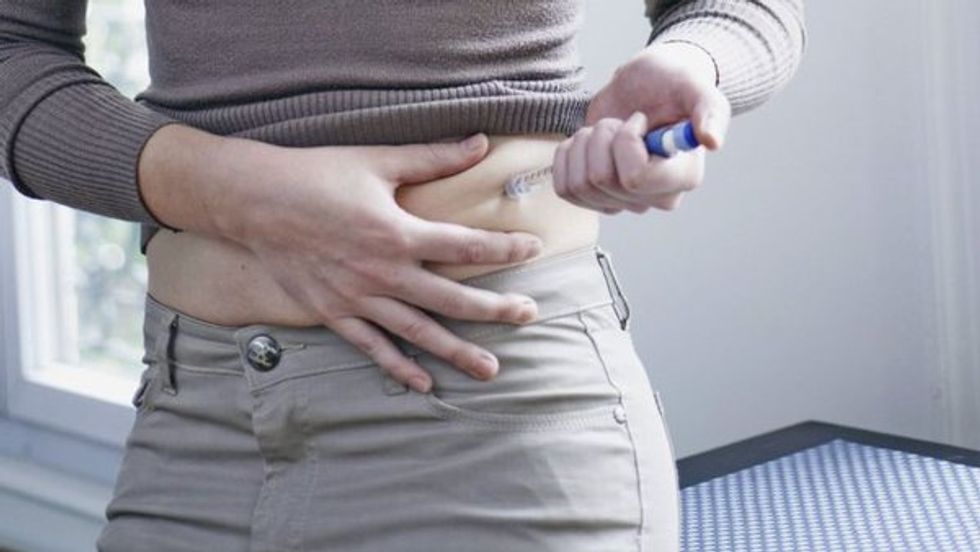 Scientists have identified a previously unknown molecule that attacks the immune system in people with Type 1 diabetes, a condition in which the body’s immune system destroys the cells that produce insulin. (Type 2 diabetes, which is often associated with lifestyle factors, impairs the body’s ability to use insulin properly.) This “missing piece” of the diabetes puzzle could help researchers develop treatments to slow or even stop the progression of the disease, and assist in determining people at risk for developing diabetes and prevent its development.

“We're hoping that, by having identified the major targets in the disease, we can find ways to prevent it by blocking the immune response to these five proteins without leaving that person vulnerable to infections,” said Dr. Michael Christie, who led the research team at the University of Lincoln. "With recent improvements in our understanding of the disease, I'm very hopeful we'll develop a treatment now; I have a lot more confidence than even five years ago."

Scientists had previously identified four molecules that are attacked by the immune system in Type 1 diabetes: Insulin, glutamate decarboxylase, IA-2, and zinc transporter-8. Researchers have been tracking the elusive fifth molecule for the past 20 years, originally calling it “Glima.” Now, Christie's team of researchers have successfully identified and named this fifth molecule as Tetraspanin-7. With a more complete picture of the processes that lead to diabetes, researchers hope to develop new treatments for the disease.

More than 1.25 million Americans have been diagnosed with Type 1 diabetes, also known as juvenile diabetes because it is the most common type of diabetes to affect children. In patients with Type 1 diabetes, the body does not produce insulin, a hormone the body needs to get glucose from the bloodstream into the cells of the body. Scientists have noted

that an affected person’s immune system reacts to certain molecules in the pancreas — called autoantigens — that would be harmless in individuals without the disease. People with Type 1 diabetes, however, have antibodies in their blood that specifically target each of the molecules, and challenge the person’s immune system.

"Once the immune system decides it wants to get rid of something it's very hard to stop, so diabetes has proved to be a difficult disease to prevent,” says Christie. Diabetes UK and the Society for Endocrinology funded the research. The full study has been published in Diabetes, the journal of the American Diabetes Association.

The research brings new hope to people suffering from the disease. Furthermore, both animal studies and human trials indicate that future treatments could prevent Type 1 diabetes from developing in individuals at risk. Therapies that interfere with immune responses have prevented animals from developing the disease, slowing the loss of insulin-secreting cell function in human patients. The charity JDRF awarded research team member Dr. Kerry McLaughlin a fellowship to continue work on Tetraspanin-7's at the University of Oxford.

The team’s findings will already change how patients are screened for the disease. Individuals at risk for developing type 1 diabetes are currently screened for the first four molecules. Now, screening will include Tetraspanin-7, giving doctors a more complete and accurate picture of the patient’s situation. Soon, thanks to this exciting new research, it may be possible to not only determine a person’s level of risk, but to prevent diabetes from developing in the first place.