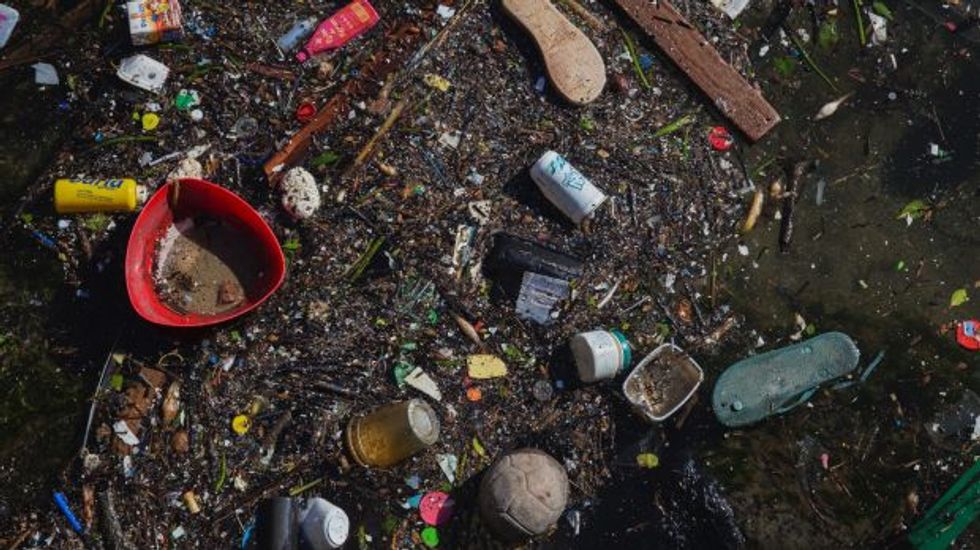 Researchers have recently discovered extreme amounts of pollution in the remote, extraordinarily deep Mariana Trench in the Western Pacific Ocean, which is approximately 11,000 meters deep. Though trenches have long been considered pristine due to their remote locations and topography, they also can act as sinks for contaminants that enter the marine environment, collecting pollutants, which have nowhere to go, and which infiltrate the marine creatures living there.

A research team out of Newcastle University in the UK conducted a study, published in Nature Ecology and Evolution that found contaminant levels in the Mariana Trench and its distant neighbor, the Kermadec, were considerably higher than documented for heavily industrialized regions nearby. These findings suggest that such pollutants are pervasive across the world’s oceans.

“The fact that we found such extraordinary levels of these pollutants really brings home the long-term, devastating impact that mankind is having on the planet,”said lead researcher, Alan Jamieson of Newcastle University.

Jamieson’s team identified two key types of highly toxic industrial chemicals classified as persistent organic pollutants (POPs). Both of these––polychlorinated biphenyls (PCBs, dielectric fluid) and polybrominated diphenyl ethers (PBDEs, flame retardants)––do not organically degrade in the environment and were banned in the late 1970s.The group caught and examined small crustaceans that live in the depths of the trench, and found them to be contaminated with 50 times more of these toxic chemicals than crabs that survive in China’s most polluted rivers.

POPs were mainly released into the environment through industrial accidents and discharges, leakage from landfills, or improper incineration from the 1930s to the 1970s, when production of them ceased. Approximately 65 percent of these chemicals are contained in landfills or within electrical equipment, but the other 35 percent has made its way into coastal sediments and oceans. These pollutants do not degrade easily and thus persist in the environment for decades. As can be seen in their discovery in the Mariana, they can also travel great distances. POPs are harmful to animal life, particularly to their reproductive success. These chemicals have also previously been found athigh levels in Inuit people in the Canadian Arctic and inkiller whales and dolphins in western Europe.

While the researchers were not surprised to find pollution since the basin-like structure of a trench makes it a perfect storm of waste accumulation, they were surprised at the high levels. “The contamination in the animals was sky high,” said Jamieson. The research suggests that POPs bioaccumulate, or build up over time, in the fat of animals that live in the trench. They are also water-repellent and stick to plastic waste, making it easy for them to adhere to surfaces at the bottom of the trenches.

He further explained, “The very bottom of the deep trenches like the Mariana are inhabited by incredibly efficient scavenging animals, like the 2cm-long amphipods we sampled, so any little bit of organic material that falls down, these guys turn up in huge numbers and devour it.”

The polychlorinated biphenyls (PCBs), in particular, were only found in such high concentrations in one other place: Suruga Bay in Japan, considered a pollution “blackspot.” The researchers also observed significant contamination in amphipods in the Kermadec trench, which is 7,000km away from the Mariana trench, and is thought to be not nearly as high as the Mariana. The pollution was found “in all samples across all species at all depths in both trenches,”the scientists said.

An expedition conducted by the US National Oceanic and Atmospheric Administration last yearalso found various manmade items on the slopes leading to the Sirena Deep, part of the Mariana trench, and the nearby Enigma Seamount. They included a tin of Spam, a can of Budweiser beer and several plastic bags.

Jamieson is also seeking evidence of the effects of plastic pollution on deep-sea animals, which has gotten more recent press for turning up in water bodies around the world. “I reckon it will be there,” he said.  While little can be done to remove the pollutants already there, there’s still hope to make changes that keep new toxins and plastics from joining the existing toxic ranks.