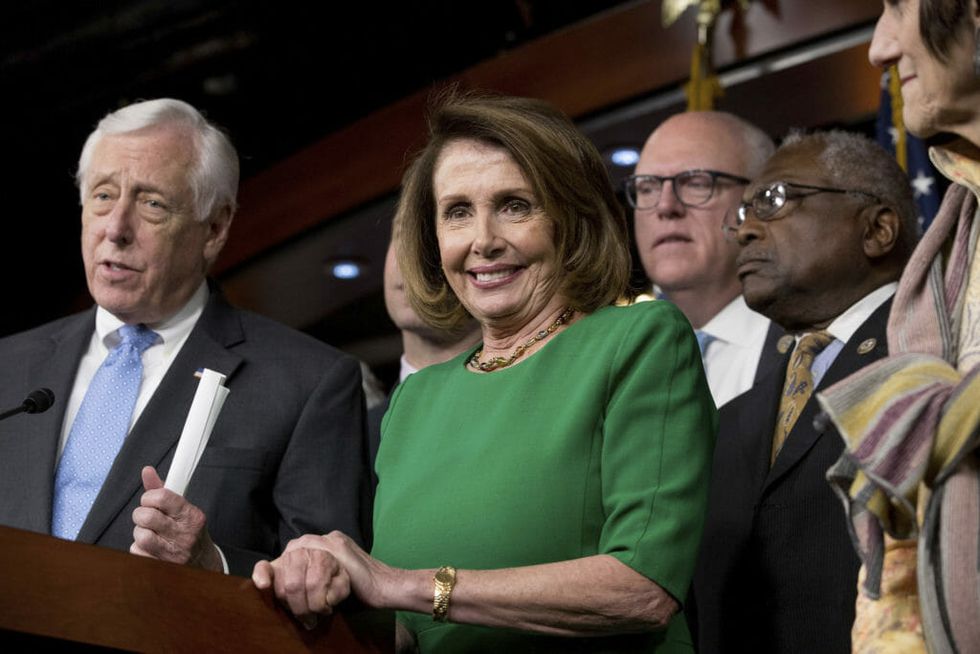 After 217 House Republicans voted for the AHCA yesterday, Democrats in the chamber broke out into a chant of "Na Na Na, Hey Hey Hey, Goodbye," harking back to 1993 when Republicans sang the same song to Democratic Rep. Marjorie Margolies-Mezvinsky of Pennsylvania who cast the deciding vote for President Clinton's deficit reduction package that raised taxes.

Turns out Republicans were right. Rep.Margolies-Mezvinsky did go on to lose her seat the next year as a result of taking that vote and Democrats went on to lose their majority.

Democrats are hoping history repeats itself next year. As Nancy Pelosi put it, “House Republicans are going to tattoo this moral monstrosity to their foreheads, and the American people will hold them accountable.”

Every Republican who votes for #Trumpcare will have it tattooed on their forehead. They will be held accountable.… https://t.co/6DS0TZmQwy
— Nancy Pelosi (@Nancy Pelosi) 1493855643.0

Democratic activists wasted no time working to make sure that Pelosi's prediction becomes a reality.

The progressive website DailyKos began a campaign to raise money to fund challengers to the 24 Republican House members who voted for the AHCA but who represent districts that went <50% for Donald Trump. While these members' Democratic challengers are not set yet, DailyKos is using a new feature from ActBlue that allows activists to raise money for "nominee funds" that will then be transferred to the official nominees once they are chosen. As of this writing, DailyKos had raised more than $750,000 for this effort. Democrats need to flip 24 seats to win back the House next year.

Swing Left, an organization formed after last year's election to help Democrats take back the House, raised more than $300,000 for challengers in 35 districts they identify as "swing districts" represented by House members who voted for the Republican health care bill. About $150,000 of that was raised around the time of the vote.

Swing Left also raised $100,000 to fund a challenger to CA Rep. Darrell Issa specifically, who waited until the last minute to cast his yes vote and put the tally over the 216 needed for passage.

Even Hillary Clinton got in on the act, promoting the Swing Left ActBlue link on Twitter.

A shameful failure of policy & morality by GOP today. Fight back on behalf of the millions of families that will be… https://t.co/VqTr7YnSc1
— Hillary Clinton (@Hillary Clinton) 1493935604.0

According to The Atlantic, fundraising asks sent out on behalf of Democrats in the wake of yesterday's healthcare vote had raised $863,764 as of 9:15 p.m. EST.

Since the election, Democratic activists have shown an unprecedented level of energy, marching in the streets, showing up at town halls, and turning out in special elections. Concerns that this energy was in danger of waning appeared assuaged by yesterday's fundraising results, and the GOP may have given an unintended gift to Democrats in next year's midterm elections.