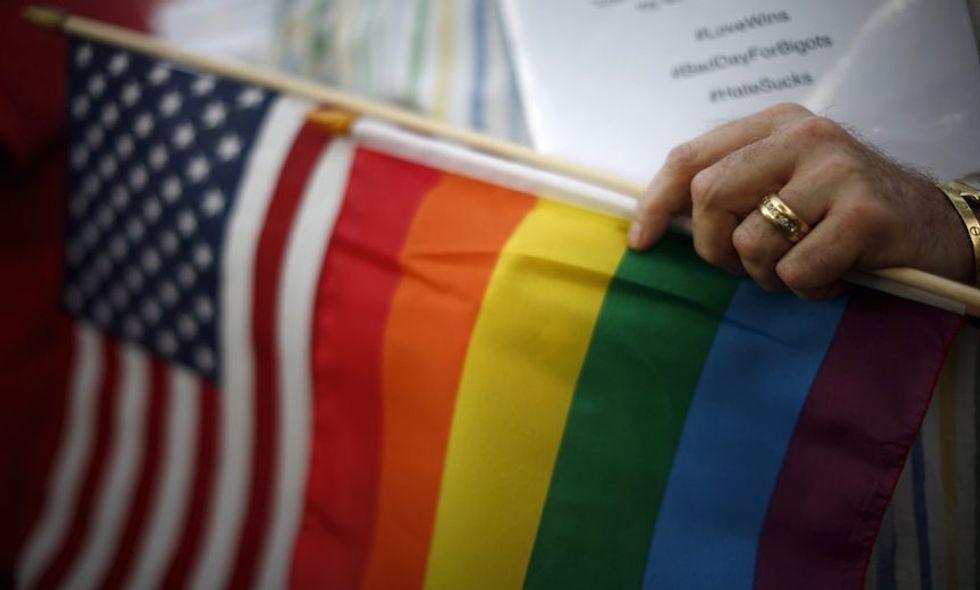 North Carolina can’t leave well enough alone. Just days after announcing a “compromise” bill to end the effect of HB2, the controversial anti-LGBT law that drew ire and boycotts from everyone from the NCAA to major corporations, conservative lawmakers in Raleigh are proposing a new law that declares marriage to be limited to heterosexuals, according to a report by the Charlotte Observer. The proposal law lies in direct defiance of the landmark U.S. Supreme Court Obergefell decision, which struck down such laws and granted same-sex couples the same marriage rights as heterosexual ones.

The bill, filed by four Republican members of the North Carolina House, would restore the state’s constitutional ban on same-sex marriages as well as forbid civil unions. HB 780 is entitled the “Uphold Historical Marriage Act” and specifically states that the United States Supreme Court ruling in Obergefell that legalized same-sex marriage is “null and void in the State of North Carolina.” The bill quotes Bible passages, saying “a man shall leave his father and his mother and hold fast to his wife, and they shall become one flesh” (Genesis 2:24).

Critics were quick to note that the bill, even if passed, would face immediate challenge in the courts, and nearly certainly would be ruled unconstitutional. But proponents may be hoping that by the time the case winds its way up to possible U.S. Supreme Court review, the composition of the High Court might have changed sufficiently, giving the law a chance to be the measure that eventually overturns Obergefell.

Most observers believe the bill may never have a chance to become law: The legislators behind it are known for frequently filing bills that don’t receive a hearing because their fellow House GOP leaders don’t support the proposals, according to the Observer. The bill thus is likely more of a symbolic protest by the far right at this point. Its verbiage is directed toward that voter base, which often rails at the judiciary for perceived overstepping. HN 780, for example, declares that the decision granting same-sex marriage violated “constitutional bounds,” that the decision “exceeds the authority of the court relative to the decree of Almighty God” and that it “abrogates the clear meaning and understanding of marriage in all societies throughout prior history.”

If it manages to pass, it would restore Amendment 1, which declared same-sex marriage unconstitutional and was passed by the state’s voters in 2012 by more than 60 percent. But it would also likely renew calls for boycotts, which already have cost the state heavily in funding and tourist dollars.

The effort in North Carolina echoes efforts in nearby Alabama by that state’s high court to nullify the effect of the High Court’s Obergefell decision. The actions of the Chief Justice in Alabama were eventually overturned, and he was removed from office as a result.

Democrats were quick to condemn the proposed bill. Newly elected Governor Roy Cooper took to Twitter to make his opposition clear. “This bill is wrong. We need more LGBT protections, not fewer.”

Wake County Commissioner John Burns also blasted the bill. “Pittman and Speciale are embarrassments to the State of North Carolina and should be shunned from public life,” he tweeted.