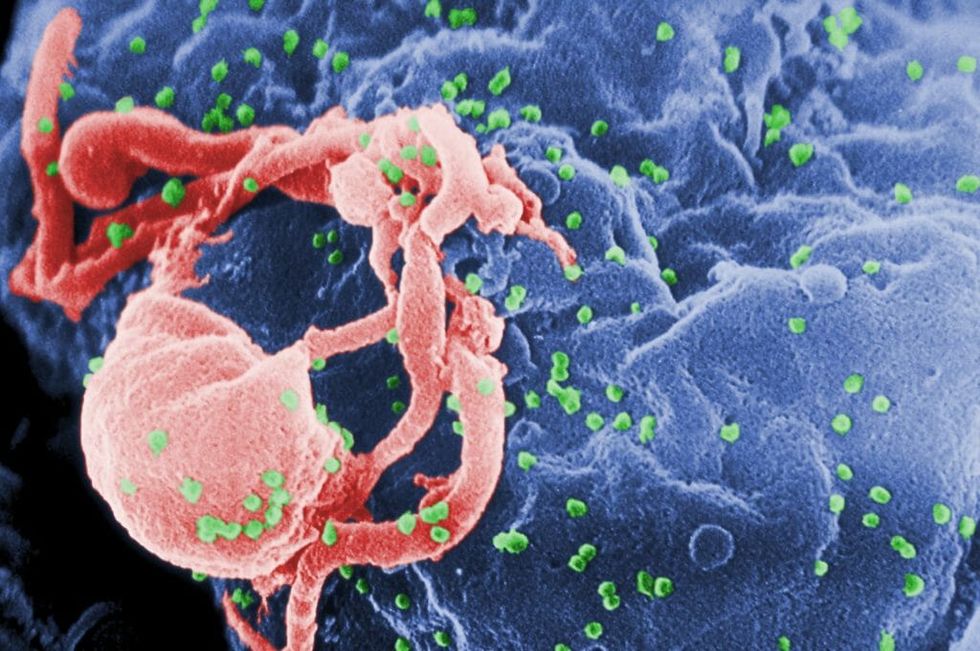 A new study published in Sciencereports the development of an antibody that can treat and even prevent HIV infection. The International AIDS Society considers this advancement an “exciting breakthrough” in the fight against the virus, which claims an average of 1 million people a year.

A collaboration between pharmaceutical company Sanofi and the National Institutes of Health (NIH), including scientists from Harvard Medical School, The Scripps Research Institute, and the Massachusetts Institute of Technology, the study found a way to target 99 percent of known HIV strains by enhancing already existing antibodies found in some but not all HIV-positive people.

Like the common flu virus, HIV is a pathogen with a high mutation rate; it is constantly and rapidly changing, developing into multiple different strains, even within the same human body. This is why there is a new flu vaccine every year in anticipation of that season’s new strains, and it is also why the immune system has a difficult time simultaneously recognizing and combating the many variations of HIV on multiple fronts. This leaves the immune system depleted and vulnerable, unable to defend against other infections, which leads to further life-threatening health complications.

These new antibodies are trispecific, named so because they attack a virus at three different weak spots, crippling the virus’ ability to adapt and evolve a resistance. They are also known as broadly neutralizing antibodies, and can be found naturally produced by some HIV-positive people after years with the virus, though the antibodies are not strong enough to eradicate the virus.

“Combinations of antibodies that each bind to a distinct site on HIV may best overcome the defenses of the virus in the effort to achieve effective antibody-based treatment and prevention,” said Anthony S. Fauci, M.D., director of the National Institute of Allergy and Infectious Diseases, which is part of the NIH. “The concept of having a single antibody that binds to three unique sites on HIV is certainly an intriguing approach for investigators to pursue.”

The research team engineered these trispecific antibodies for the study, increasing their coverage up to the 99 percent mark. This percentage is sufficient enough to treat the symptoms of the virus while the immune system fights off the virus. One of the study’s authors and Sanofi chief scientific officer Dr. Gary Nabel spoke with BBC News about the “impressive degree of protection” these new antibodies provide.

“They are more potent and have greater breadth than any single naturally occurring antibody that's been discovered,” said Dr. Nabel. “We're getting 99% coverage, and getting coverage at very low concentrations of the antibody.”

The study involved testing the new trispecific antibodies on 24 monkeys, none of which developed an infection after a later injection of HIV. Human trials are expected to begin next year, and the new treatment promises to not only potentially treat those already infected, but to vaccinate as well, preventing new infections. This is important because of the 1.1 million HIV-positive people living in the United States, only 6 out of 7 know they are infected and could be passing the virus onto their sexual partners unknowingly.

If the human trials are successful, all those statistics could change. Soon, treament and prevention of HIV could be as easy as a flu vaccine or a tetanus shot.