The Next Wave of Solar Cell Technology Is A Game Changer

Solar energy is growing exponentially, and upcoming technologies will propel even greater efficiency in the near future. 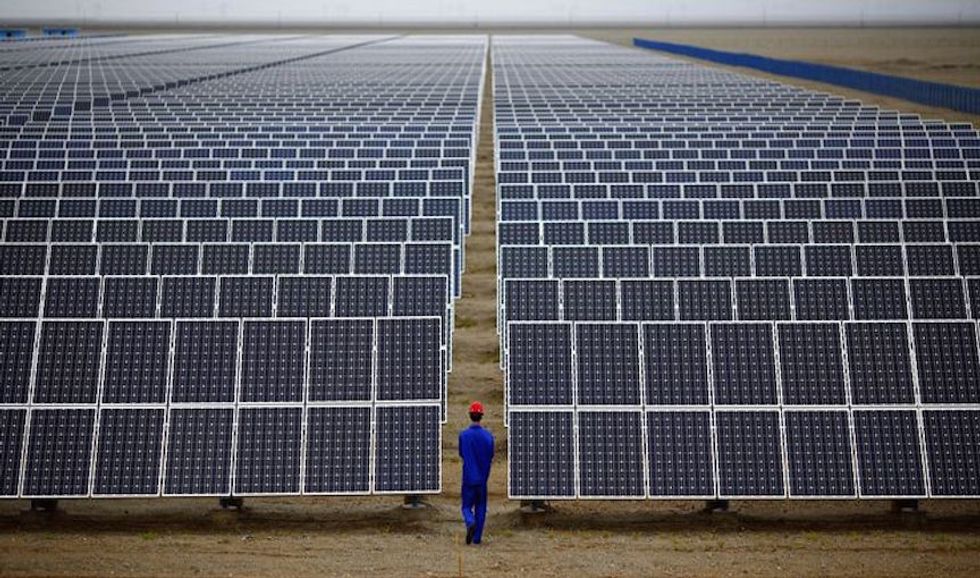 Businesses and individuals who have been holding out until solar power technology gets cheaper and better should get ready to jump in the game. Solar energy is about to become brighter, more efficient and more affordable than ever, thanks to recent developments in solar cell technology.

A group of materials called hybrid lead halide perovskites is commonly used in the manufacturing of solar cells, but scientists believed we had reached the limits of these materials’ power output.  New research reveals that these materials have more to offer than initially understood.

A new study published in Science Advances shows that researchers have found a way to continue to tap into new levels of efficiency and potential by recycling photons within a solar cell. When light strikeshybrid lead halide perovskites, the light turns into electrical energy, as with all solar cells, including the popular silicon-constructed cells. But when light hits perovskite and generates electricity, part of that electrical charge reforms itself back into photons, or light. New solar cells using this technology will be able to reuse those photons to create much greater amounts of energy from the same amount of light than can be harvested from the current class of solar cells.

"It's a massive demonstration of the quality of this material and opens the door to maximizing the efficiency of solar cells," says Cambridge's Felix Deschler, one of the authors of the study. "The fabrication methods that would be required to exploit this phenomenon are not complicated, and that should boost the efficiency of this technology significantly beyond what we have been able to achieve until now."

Even without recycling light, the latest class of solar cells using hybrid lead halide perovskites now offers a 25.5% power conversion efficiency rate. This is the highest rate among all the materials currently used in the solar industry. It’s also a significant jump from the

the3.8% efficiency rate the material achieved when introduced in 2009. Soon, researchers say, we’ll see that efficiency rate increase yet again, meaning that smaller or fewer solar panels will be needed to produce greater amounts of energy.

Researchers at the Hong Kong Polytechnic University have developed a new solar product using hybrid lead halide perovskites that will be able to deliver electricity at the lowest cost on the market. Furthermore, the cells are small, thin and highly flexible, making them ideal for use in wearable technology and consumer electronics, as well as on the outside of buildings.

Is Solar Ready to Take Over?

Humans have harnessed solar energy for thousands of years. Bell Labs developed the first solar cell in 1954. The Energy Crisis and Arab oil embargo of the 1970s inspired keen interest in alternative energy sources, as conservation-minded individuals and businesses looked for low-impact, independent methods of generating power. The first solar panels made their appearance in forward-looking businesses and homes in the late 1970s; in 1979, the Carter administration even installed solar panels on the White House. (They were removed as one of the very first acts of the Reagan administration.)

Solar panels have been slow to take off, due to the high costs of installation, the  limitations of the technology and heavy subsidies for the fossil fuel industry. However, interest in the technology has been steadily growing, and today, many modern economies have significant solar contributions to their energy grids. Germany leads the world in solar capacity, China has integrated solar into its massive modernization and development schemes, and the U.S. has become the world’s third-largest producer of solar power; capacity is expected to double in 2016.

As countries look for ways to reduce the amount of carbon pollution they generate, solar initiatives are growing. In 2013, the total world solar capacity increased by 35 percent. In 2015 it increased about 28 percent and parts of the developing world — especially those

that enjoy abundant sunlight — are skipping the carbon phase and moving straight to clean technology. Even oil-producing countries such as Jordan and Saudi Arabia, are looking to solar power for their post-oil economies. King Abdullah has ordered solar panel installations for his palaces and mosques, and his senior officials drive Tesla electric vehicles.

Tesla has begun production at its new 5.8 million-square-foot Gigafactory, the world’s largest battery factory. The Nevada-based company will produce the Powerwall, a whole-house battery that will enable users with solar panels to store surplus energy to power their home — and car — at night and during low-solar-production time periods.

On April 25, IKEA announced that it would begin selling solar panels in three of its U.K. stores. The locations will offer “Solar Shops,” in which IKEA staff can provide customers preliminary advice and a quote, and then solar partner company Solarcentury would take customers through the design and installation process.

On April 23, a solar-powered plane made the first round-the-world flight, culminating with a three-day flight across the Pacific Ocean. The Solar Impulse 2 landed in Mountain View, California, after a 62-hour solo nonstop flight from Hawaii without fuel.

Solar-powered air travel is not yet ready for commercial applications due to speed and weight restrictions. However, the pilot, Bertrand Piccard, speculates that in 20 years, all aircraft will be solar-powered, and it will be “routine.” "I think innovation and pioneering must continue," Piccard said. "It must continue for better quality of life, for clean technologies, for renewable energy. This is where the pioneers can really express themselves and be successful."

In California, many initiatives are making solar a greater part of the energy mix. Beginning in 2017, a new ordinance will require all new construction in San Francisco to include solar panels. The late musician Prince, a passionate advocate for clean energy, funded several solar power initiatives in Oakland.

In fact, solar has been so successfully deployed in California that the state is now producing too much solar energy, and is looking for markets in the greater West for its hot commodity. Utilities in California and Texas that run on fossil fuels or nuclear power are finding that solar is such a successful competitor that they need to power down several days a year — an expensive process. So in some places, solar arrays are being asked to turn off rather than contribute too much power to the mix.

Until regional grids are developed to take California power to Wyoming and other states, or until storage batteries and other methods of “bottling” solar come online, the old technologies will continue to dominate as the default. Transitioning from old technology to new is a bumpy process — but the enduring and evolving success of solar technology demonstrate that the future forecast will be sunny.