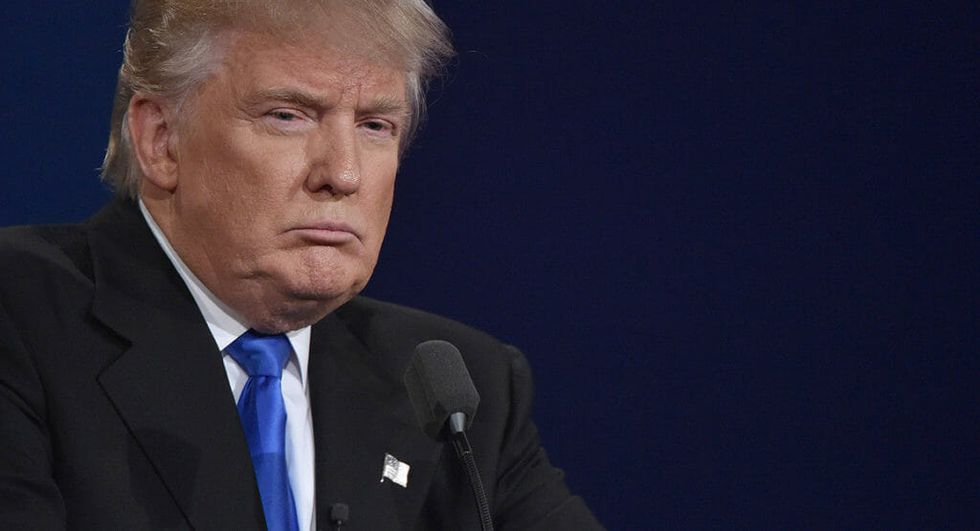 57 percent of young adults, including three-quarters of black respondents and large majorities of Latinos and Asians, see Donald Trump's presidency as illegitimate, according to a GenForward poll of 1,833 adults age 18 to 30. The poll was conducted by the Black Youth Project at the University of Chicago with The Associated Press-NORC Center for Public Affairs Research between February 16 and March 6.

A breakdown of these results showed that a slim majority of young whites consider Trump a legitimate president, but a large number still view his job performance negatively.

"That's who we voted for. And obviously America wanted him more than Hillary Clinton," said Rebecca Gallardo, a 30-year-old nursing student from Kansas City, Missouri, who voted for Trump. "I do not like him as a person," she admitted, saying she voted for him because she did not trust Clinton. "I felt like there wasn't much choice."

Jermaine Anderson, a 21-year-old student from Coconut Creek, Florida, whose parents hail from Jamaica, says that Trump's often incendiary comments about immigrants stopped him from supporting him in the general election. While he believes Trump's business background is enough to qualify him for the presidency, he suggests that Trump has not yet earned legitimacy. "You can't be saying that [if] you're the president... I'm thinking, he's saying that most of the people in the world who are raping and killing people are the immigrants. That's not true," he said.

Asked about Trump's legitimacy, Megan Desrochers, a 21-year-old student from Lansing, Michigan, says "it was kind of a situation where he was voted in based on his celebrity status verses [sic] his ethics," adding that she's not necessarily against his hotly contested immigration policies.

The poll's participants said they don't necessarily vote for one party's candidate over another's, and the results of the survey reveal that neither political party is held in particularly high esteem. Only a quarter of those surveyed said they view the Republican party favorably, and while young people are more likely to lean Democrat, views on the Democratic Party are not overwhelmingly positive (a 47 percent to 36 percent margin). Young whites are likelier to have unfavorable than favorable views on the Democrats, 47 percent to 39 percent. The majority of respondents across racial and ethnic lines said they view the GOP unfavorably.

Two months into his presidency, Trump's approval ratings continue to plummet. His approval rating fell to 37 percent over the weekend according to the latest Gallup poll, compared to 45 percent from a week earlier. No president has had approval ratings this low this early in their administration.

You can read the complete report from GenForward HERE.