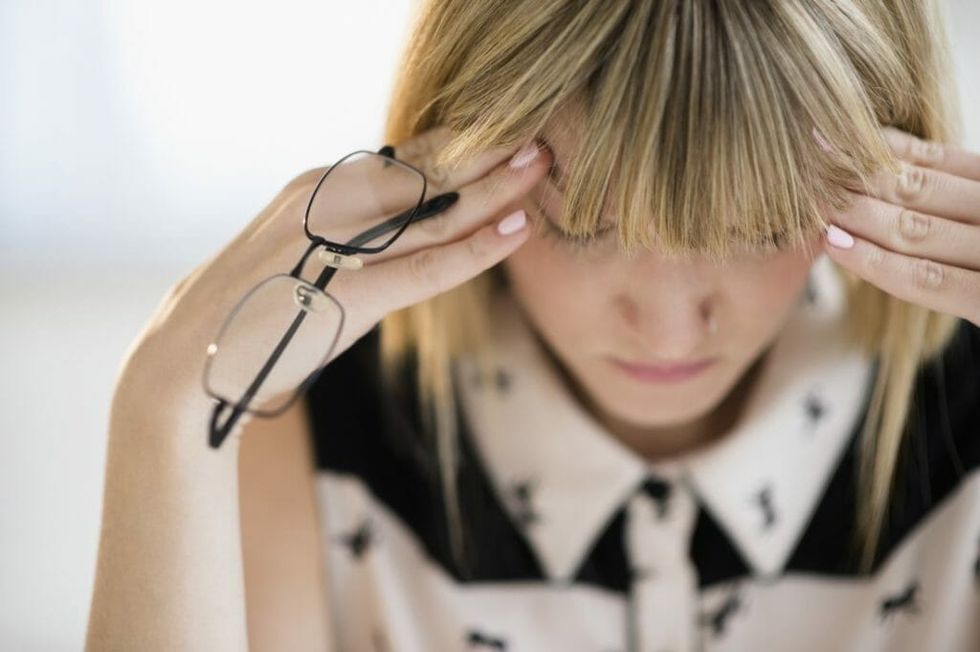 Woman with head in hands

People who suffer from migraines may be able to prevent them months in advance, thanks to an experimental new treatment delivered intravenously four times a year. If that sounds extreme, consider this: Migraines, which can be accompanied by nausea and vomiting, extreme sensitivity to light and sound, visual disturbances, numbness in extremities, and debilitating pain, affect up to 38 million people in the U.S. and cost $36 billion in lost productivity and health care costs every year. In other words, migraines are no ordinary headache.

“The quality of life for people with migraine headaches is still very poor. They’re not able to function, they're not able to have a family life, personal life. It’s a very severe form of illness. People tend to underestimate its significance,” said Dr. Arif Khan, medical director of the Northwest Clinical Research Center, which is guiding 2,000 migraine sufferers through drug trials of a new treatment that could dramatically improve their quality of life.

The Washington-based Alder Biopharmaceutical has developed the drug, which is in Phase 2 of clinical trials. It is designed to eliminate or reduce the frequency of migraines for patients who chronically suffer from attacks. This preventative treatment is unique among migraine drugs; other treatments on the market are designed for use only after the symptoms begin.

“We’re taking a prevention strategy, we’re putting a long-acting, safe agent on board for the patient. A single dose of the drug will last over three months to prevent the initiation of that migraine from the get-go,” said Randy Schatzman, president of Alder Biopharmaceuticals.

The Alder drug, called eptinezumab, is administered intravenously in a 30-minute office visit every three months. It’s designed for people who suffer frequent migraines — some people have as many as 17 attacks a month, said Schatzman. Migraines can last several hours or even days and severely impact the lives of the people who suffer from them. The new drug, which will undergo more testing before it reaches the Food and Drug Administration for approval, is designed to improve quality of life for these extreme cases.

“I think that it should be fast-tracked by the FDA and hopefully we’ll have it on the market in the next two to three years,” said Khan.

Eptinezumab is a monoclonal antibody that inhibits the calcitonin gene-related peptide, a small protein involved in the transmission of pain experienced in migraine. Patients treated in the trial experienced results ranging from 27 to 100 percent relief from migraines over the three months following the treatment.

Migraines affect people of all ages and can be triggered by stress, hormones, changes in the weather, certain foods and beverages, sleep disorders, and certain medications. There may also be a genetic component to the disorder.