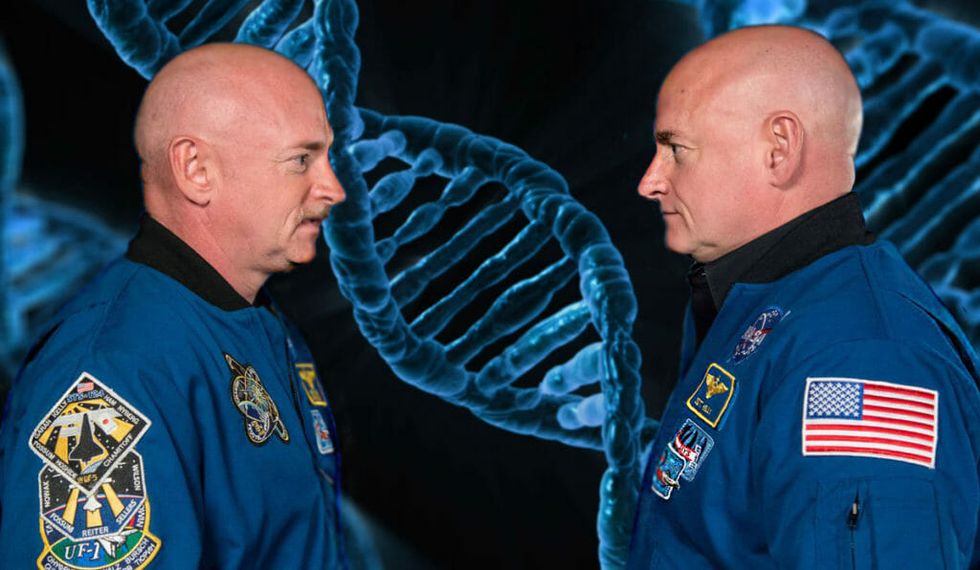 Science fiction has long been the watchman on the wall, warning of potential horrors that await us in space. While we dream of one day traveling beyond Earth’s gravity, there is now a new danger to overcome if our bodies are to survive the journey.

When astronaut Scott Kelly returned to Earth in March 2016, after spending a year in space, NASA began collecting data on how space travel affects the human body. As with previous astronauts, Kelly experienced bone density loss due to microgravity, and accumulated fluid between spinal disks extended his height by 1.5 inches. But NASA scientists are now discovering that extensive time in space changed astronaut Kelly on a genetic level.

Scott and his brother Mark Kelly, husband of former Congresswoman Gabrielle Giffords, are not just both astronauts - they are also twins. This is why they are the focus of NASA’s Twins Study, which has been monitoring the brothers’ physiology. Researchers collected samples from before, during, and after Scott’s sojourn through space while Mark stayed on Earth as a control sample.

The research is split into 10 separate investigations, each providing further insight into the subtle effects that occur to a person while in space. With Mark as a point of reference, the twins’ identical genetics provide a unique opportunity to discern even the smallest changes.

Since Scott’s return, scientists have been comparing and reviewing the twins’ combined data for correlations. Preliminary results reveal that space travel caused an increase in methylation in Scott’s body, a process that affects gene expression. Twins Study Principal Investigator Chris Mason, Ph.D. and Associate Professor at Weill Cornell Medicine, is enthusiastic about the new discovery.

“Some of the most exciting things that we’ve seen from looking at gene expression in space is that we really see an explosion, like fireworks taking off, as soon as the human body gets into space,” said Mason. “With this study, we’ve seen thousands and thousands of genes change how they are turned on and turned off. This happens as soon as an astronaut gets into space, and some of the activity persists temporarily upon return to Earth.”

Website resource Healthier Talk explains that methylation is a necessary chemical process that turns genes on and off; it keeps your healthy cells in good working condition, and locks aging cells in the off position so that the body knows to get rid of them. Without methylation, your aging process would accelerate and you would die within days.

Healthier Talk gives the example of the natural antidepressant known as serotonin, a “feel-good” chemical in the brain. If serotonin in a person is not activated via methylation, the person will become depressed.

Mason is optimistic that further research will find a way to compensate for the increased methylation. “This study represents one of the most comprehensive views of human biology,” explained Mason. “It really sets the bedrock for understanding molecular risks for space travel as well as ways to potentially protect and fix those genetic changes.”

Other health risks to the human body while in the microgravity of space include increased blood in the head and chest that raises blood pressure, muscular atrophy, tendonitis, and fat accumulation. Considering humans as a species having evolved solely within Earth’s gravity, space is a very unnatural place to live. Nothing in our evolution has prepared us for it.

The Twin Study is part of NASA’s Human Research Program, which is dedicated to developing methods and technology that will enable safe, healthy space exploration for astronauts, and eventually, colonists.

The program expects to publish their full report in 2018.