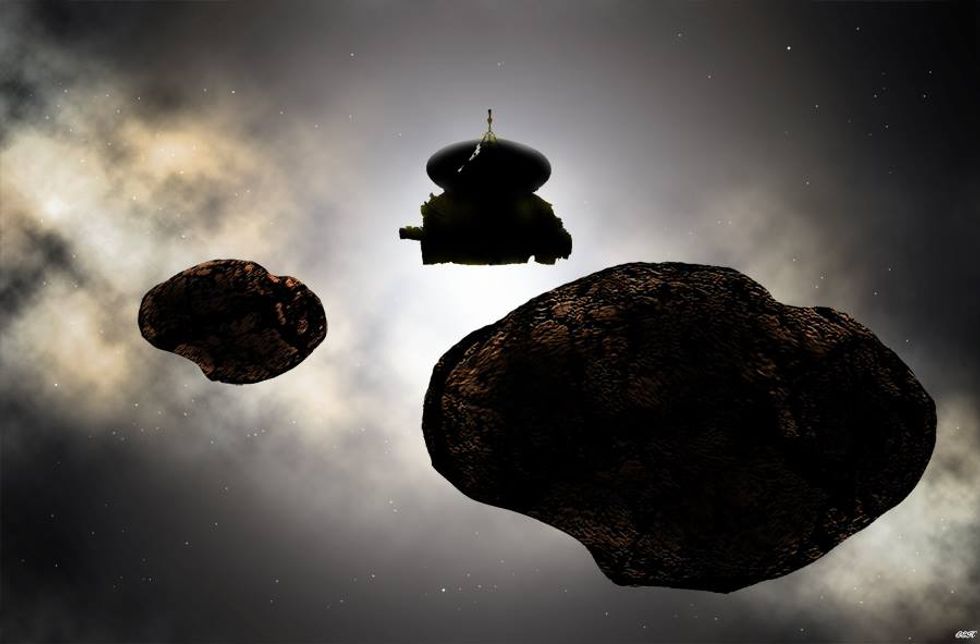 The New Horizons probe, which flew past Pluto two years ago to much fanfare, heads toward another, even more distant world named (486958) 2014 MU69.

Before it arrives, that name needs an overhaul.

NASA announced a search for suggestions on what to nickname the distant world, or possibly an entire set of worlds. (486958) 2014 MU69, or MU69 for short, sits so distant from Earth, over 4 billion miles away, and appears so tiny that astronomers don’t have a clear picture yet.

On January 1, 2019, NASA's New Horizons spacecraft will fly past a small, distant, and cold world at the outer frontier of our solar system.”

“The spacecraft is about to set the record for visiting the most remote world ever explored by humankind,” according to the project website. “We would like to use a more memorable nickname when we talk about our target body.”

(W)e are asking you—the public—to suggest your ideas for the nickname to assign to MU69, and to vote for your favorites.”

“The New Horizons team and NASA will review your best ideas and announce our selection soon—in early January, 2018. After the flyby, once we know a lot more about this frontier world, we will work with the International Astronomical Union to assign a formal name to MU69,” reads the introduction signed Mark Showalter and the New Horizons Science Team.

NASA has crowdsourced names before. They asked the public to help name features on Pluto, the Mars rovers, and other items.

And while the nomination form does say names can be serious or whimsical, they’re avoiding what happened when the British government allowed the internet to suggest a name for a $287 million polar research ship:  R.R.S. Boaty McBoatface was the clear front-runner. NASA and the New Horizons team will make the ultimate decision for a nickname.

The frontrunners so far borrow from the diverse mythology of Earth. Uluru, the name for Ayers Rock from the Aboriginal people of the area, the Pitjantjatjara Anangu, is one strong contender. Uluru is the largest individual rock on planet Earth, an inselberg or "island mountain." Another popular choice is Mjölnir, the name for Norse God Thor’s hammer.

You can share your own ideas or vote on others’ suggestions before noon Pacific Time (20:00 GMT) on December 1, 2017.