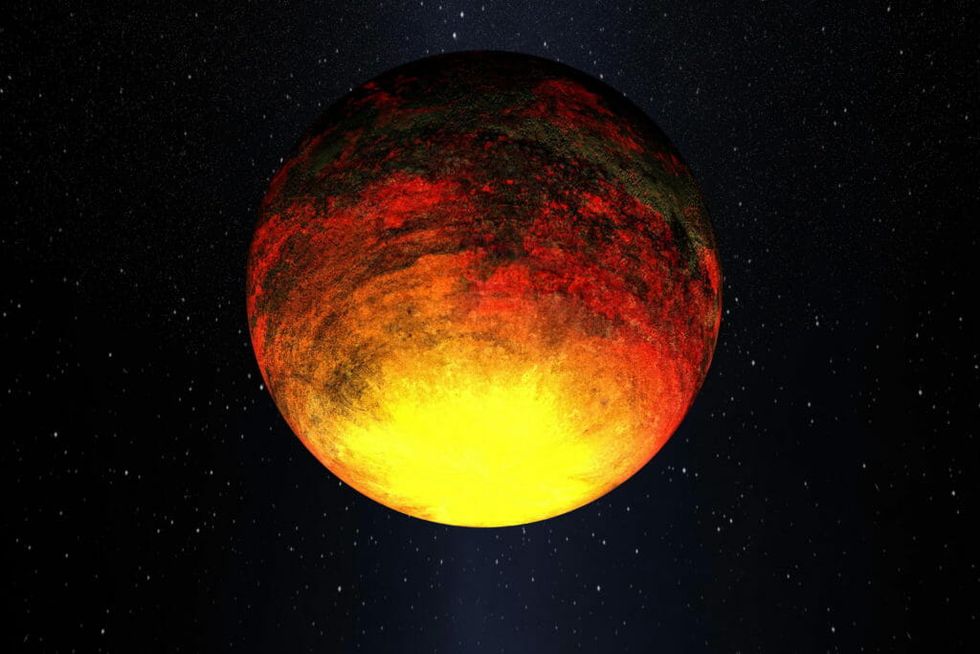 NASA's Kepler mission confirmed the discovery of its first rocky planet, named Kepler-10b. Measuring 1.4 times the size of Earth, it is the smallest planet ever discovered outside our solar system. Kepler-10b an Exo-planet is a scorched world, orbiting at a distance that's more than 20 times closer to its star than Mercury is to our own Sun. The daytime temperature can reach 2,500 degrees Fahrenheit. (Photo by: Universal History Archive/ UIG via Getty Images)

On Thursday, December 14 at 1pm EST, NASA will hold a live video teleconference to announce the latest discovery they've made with their planet-hunting Kepler telescope.

You can watch the news conference live below:

From the NASA press release:

The discovery was made by researchers using machine learning from Google. Machine learning is an approach to artificial intelligence, and demonstrates new ways of analyzing Kepler data.

Participants in the press conference will include:

The Kepler telescope was launched in March 2009 with the mission to discover exoplanets orbiting stars beyond our solar system. Its initial mission ended in 2013, with its new mission, dubbed K2, commencing in 2014.

To date, this is the number of exoplanets Kepler has discovered on its two missions:

While we won't know what NASA is announcing until the press conference, some have speculated that it is related to the work of Christopher Shallue and Andrew Vanderburg, who have been using machine learning to identify potential new exoplanet candidates. You can read their research here.

"Likely, NASA teamed up with Google to build an algorithm for finding more exoplanets inside that untouched Kepler data, and this Thursday's announcement will reveal the first results. There’s a good chance Google’s machine-learning algorithm managed to find many more exoplanets hiding in Kepler’s data, and the space telescope has already found more than 2,000."

You can be a part of the conversation online on Twitter using the hashtag #AskNASA.