How the Large Hadron Collider Disproves Existence of Ghosts 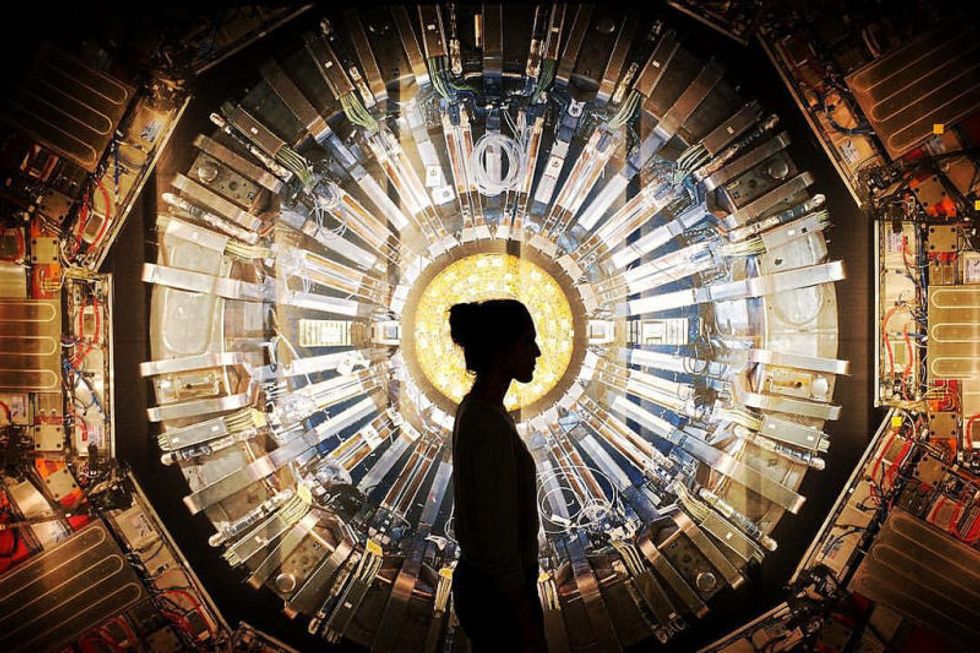 The world’s largest particle accelerator has failed to pick up any evidence of ghosts, say scientists. On his BBC Radio 4 program, “The Infinite Monkey Cage,” physicist Brian Cox said that if ghosts existed, the Large Hadron Collider (LHC) would have detected them. In other words, no scientific evidence has been found to support the theory that the spirits of the dead linger on Earth.

Neil deGrasse Tyson, a guest on the show, pressed Cox for a clarification. “If I understand what you just declared, you just asserted that CERN, the European Center for Nuclear Research, disproved the existence of ghosts,” he asked, and Cox agreed.

So what exactly is this sophisticated ghost detector? The LHC is the world’s largest and most powerful machine. This 13-mile-wide underground ring in Geneva, Switzerland, smashes subatomic particles together at speeds approaching the speed of light. The instruments used at CERN are purpose-built particle accelerators and detectors. Accelerators boost particle beams to high energies before the beams are made to collide with each other or with stationary targets. Detectors observe and record the results of these collisions. More than 10,000 scientists and engineers from over 100 countries work together at CERN.

Physicists first used particle accelerators, which date back to 1937, to study the structure of atoms, and they continue to use the machines to study the fundamental structure of the universe. Scientists use the LHC to study particles physics, test theories and discover new particles. The machine is so powerful some scientists believe it could potentially even create microscopic black holes that lead to other dimensions.

In our own dimension, ghosts have been thought to take form as apparitions, exert force on objects, or create sound — all of which would have been detected by the particle accelerator, and were not. The LHC can detect the tiniest bursts of energy, so any mass or motion that might be attributable to a paranormal being would immediately be detected by the machine.

"If we want some sort of pattern that carries information about our living cells to persist, then we must specify precisely what medium carries that pattern, and how it interacts with the matter particles out of which our bodies are made,” Cox said. "We must, in other words, invent an extension to the Standard Model of Particle Physics that has escaped detection at the Large Hadron Collider. That's almost inconceivable at the energy scales typical of the particle interactions in our bodies."

In other words, he ain’t afraid of no ghosts. However, according to a 2005 Gallup poll, three out of four Americans believe in some type of paranormal beings or activity. Americans aren’t alone in this, either. In March 2017, Michel Temer, Brazil’s president, moved out of his official residence because he believes the house is haunted or has “bad energy.” The first lady brought in a priest to drive any evil spirits from the grand Palácio da Alvorada, designed by the architect Oscar Niemeyer in 1958, but apparently, the spirits were unmoved.

Barry Markovsky, a sociologist at the University of South Carolina, noted that "ghosts are almost always seen under ambiguous circumstances — such as in poor lighting, or when we're just waking up or falling asleep, when our senses are not at their peak function." In addition, we’re more easily convinced we’ve seen evidence of ghosts when we are in situations where we are expecting to see them, such as in a haunted house. This suggests that ghosts do exist — if only in our imagination.