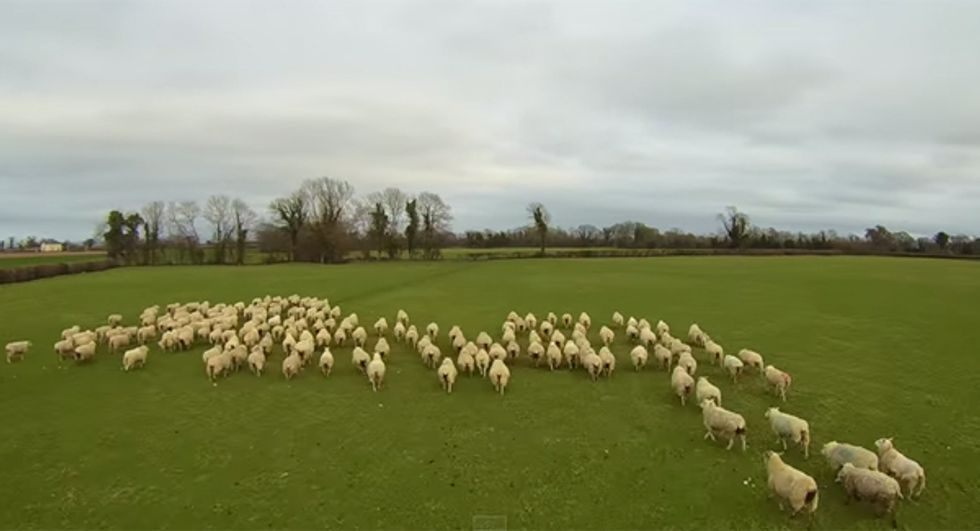 Paul Brennan, of Carlow Ireland, developed an innovated way to corral his sheep after his sheepdog Shep injured his leg -- a drone.

Brothers Declan and Paul Brennan dubbed the machine Shep the Drone — World's First Drone Sheepdog. The Daily News mused, "Humans are not the only ones being replaced by robots. Herding dogs should also fear for their future employment."

"The man behind the drone is Declan Brennan, an innovative farmer who has, with the help of his brother Paul, started to redefine life on the farm using the latest technology. After retiring the farm’s sheepdog, Declan and Paul decided to enlist Shep the Drone to look after their livestock," reported the Irish Examiner.

“I’m a farmer’s son and I’m always out in the fields. It’s sort of a hobby for me but I’ve a Facebook page with 5,000 followers. People seem to like what I’ve been putting up so I might as well keep doing it,” Paul Brennan told the Irish Examiner. “A lot of people have never seen this kind of thing before but I love it. You get to see things from a different perspective and it’s actually really interesting.”

The following video illustrated how Shep the drone herds approximately 120 sheep across a field and through a gate in only minutes: