IBM’s record-setting new data storage technology that can hold 330TB of data on a single cartridge. 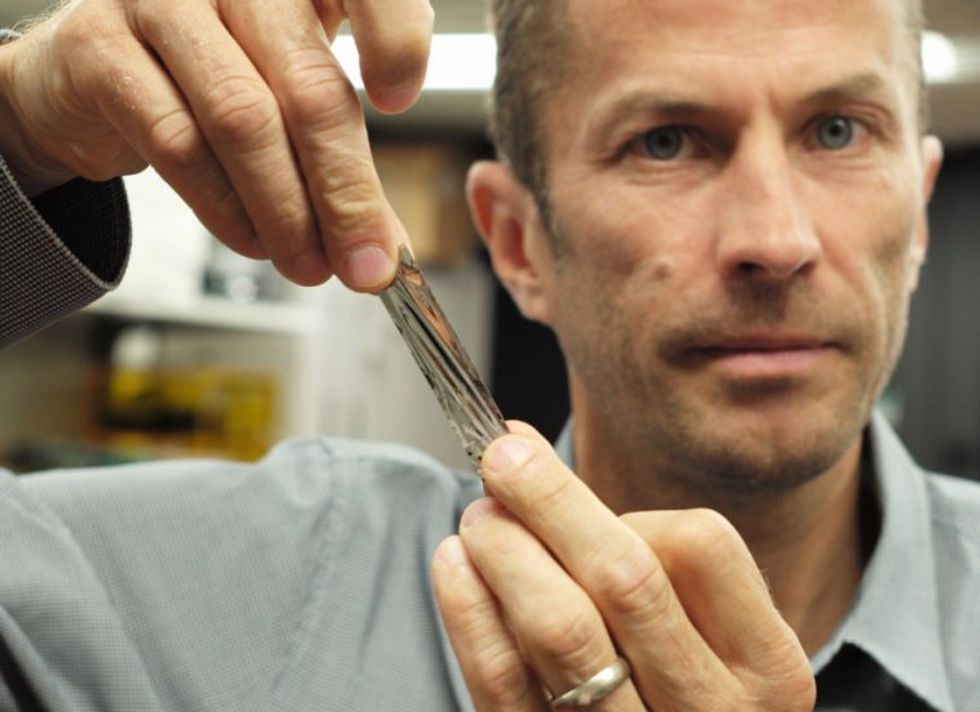 At the beginning of the home computing era, backing up your data meant using a floppy disk. Enclosed in a protective plastic case, this thin sheet of magnetic storage medium could store text documents. The 5¼” disk used by Apple in 1980 had a capacity of 140kB — enough to store a term paper. As computing advanced, the floppy was replaced by smaller, cheaper, better-protected 3½” hard disks that could store even more data, including images and software. Even so, a software package or larger project required a set of multiple disks. Next came CDs. Then came USB-pluggable external drives, in ever-increasing storage capacities and ever-shrinking packages. Cloud-based storage has rendered all of these obsolete for the average computer user. But many institutions, servers, and data centers still need a backup system for their data.

IBM has now developed a new magnetic tape cartridge that can store 330 TB of uncompressed data. That is roughly enough storage for 330 million books, in a package about the size of a cell phone.

In contrast, IBM’s first commercial tape product, the 726 Magnetic Tape Unit, released in 1952, was about the size of a refrigerator and it had a reel capacity of about 2 megabytes. That’s barely enough to store a single digital image or two minutes of recorded music. In contrast, a modern 4GB “thumb-drive” or USB flash drive can hold nearly 4,000 photos or about seven hours of video.

IBM announced the achievement at the 28th Magnetic Recording Conference, where it was received as the new world record in tape storage — the fifth time IBM has held this record. It’s not an insignificant improvement, either. The 330TB tape holds more than 20 times as much data as current commercial tapes. Tape storage is a secure, energy-efficient and affordable storage solution for capturing very large amounts of back-up and archival data. It is also used in Big Data and cloud computing.

"Tape has traditionally been used for video archives, back-up files, replicas for disaster recovery and retention of information on premise, but the industry is also expanding to off-premise applications in the cloud," said IBM Fellow Evangelos Eleftheriou. "While sputtered tape is expected to cost a little more to manufacture than current commercial tape that uses Barium ferrite (BaFe), the potential for very high capacity will make the cost per TB very attractive, making this technology practical for cold storage in the cloud."

The achievement is part of a collaboration between IBM and Sony Storage Media Solutions to improve media technology. The team has created other products, including advanced roll-to-roll technology for tape fabrication and new lubricant technology that stabilizes magnetic tape functionality. The new data storage involves a method called sputter disposition, a method of adding layers to increase the storage density of a material. Combined with the lubricant innovation, the material can move smoothly within the cartridge.

IBM hasn’t set a release date for the product yet, but when it arrives, it will likely bring down costs across the data storage category. Some buyers may never need to buy another storage solution again.