Organisms Discovered in the Canadian Woods Are So Different From Anything We've Seen Before, Scientists Need a New Branch of the Tree of Life 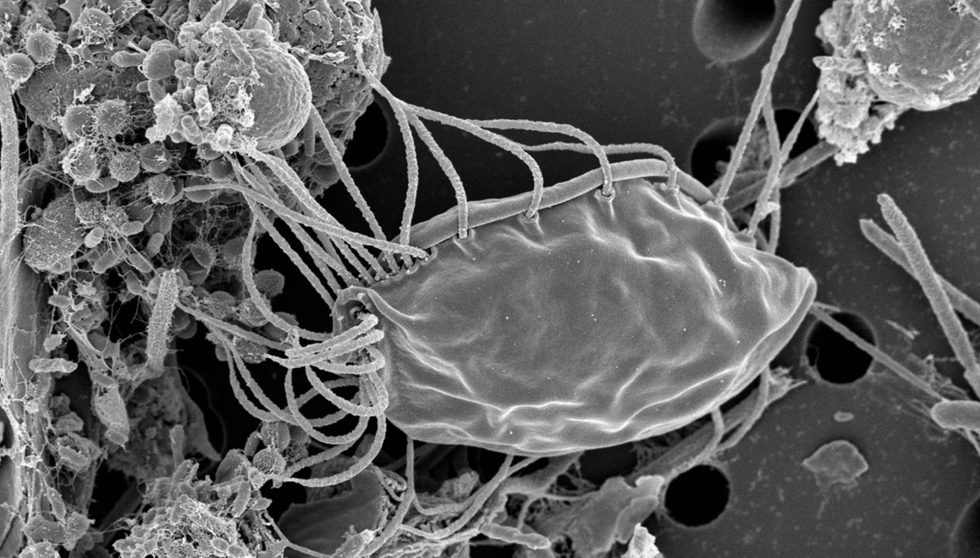 Yana Eglit, a doctoral student at Dalhousie University, found two different species of microbes called hemimastigotes in dirt samples collected during an excursion in a Canadian forest in 2017. A genetic analysis shows the microbes, also known as protists, were so unusual that researchers had to create a new branch in the tree of life to accommodate them.

Researchers here & @DalMedSchool have uncovered a branch on the ‘Tree of Life’ that no one knew existed. Their… https://t.co/CSvDsFnyEm
— Dalhousie Science (@Dalhousie Science ) 1542306931.0

"They represent a major branch… that we didn't know we were missing," said Dalhousie biology professor Alastair Simpson, Eglit's supervisor and co-author of the new study. He added: "It's a branch of the 'Tree of Life' that has been separate for a very long time, perhaps more than a billion years, and we had no information on it whatsoever."

Hemimastigotes were first observed in the 1800s but previously classified as a phylum within a much larger group known as a super-kingdom. It remained unclear where they belonged, however. They'd been classified by the size and shape of their visible structures. Sequencing their genetic information using a technique known as single-cell transcriptomics, the researchers were able to categorize hemimastigotes uniquely among other eukaryotes, which are organisms with a membrane-wrapped nucleus.

Scientists had previously designated Hemimastigophora at the level of phylum. The new study suggests they belong to a “novel supra-kingdom-level lineage of eukaryotes." The researchers estimate that you'd have to go back about 500 million years before the first animals arose before you could pinpoint a common ancestor of hemimastigotes and any other known living things.

The study provides a valuable phylogenetic analysis that finally places these organisms in the tree of life, according to Andreas Hejnol, group leader of the Sars International Centre for Marine Molecular Biology at the University of Bergen, who was not involved in the study.

“The methods are standard and the major accomplishment is the finding of the organisms in amounts that are sufficient to isolate the molecules and get their sequence information,” Hejnol told Gizmodo. “Another great advance is that the researchers are in fact able to culture them.”

Researchers were able to culture them: The previously known species is called Spironema and the new one was dubbed Hemimastix kukwesjijk. That translates to “rapacious hairy ogre” in the language of the Mi’kmaq First Nations people of Nova Scotia.

Hemimastix actually hunts, shooting harpoons called extrusomes to attack prey such as Spumella. It grasps prey by curling its flagella (hairs that stick out) around them before bringing it to a "mouth" on the cell's opposite end called a capitulum "as it presumably sucks its cytoplasm out," Eglit said.

While most known microbes with flagella move them in coordinated waves, Hemimastix waves theirs in a more haphazard fashion.

"It's as if these cells never really learned that they have many flagella," Eglit said, noting that she had recognized similar motions a few years before, in an organism identified as a rare hemimastigote.

While this new branch of the tree of life is an exciting discovery, Andreas Hejnol says it's important to understand that categories such as “supra-kingdom” and “super-group” are human constructs which are subject to change as our understanding of biology evolves.

"Criteria are not well defined and are mainly based on ‘distinctiveness’ from other organisms,” he said. “This distinctiveness is mostly based on randomly selected criteria. Prior to this, evolutionary biologists normally used similarity as a criterion to assign organisms together.”

He added: “While this position is interesting and helpful for reconstructing the evolution... of these organisms, the exclusion of the hemimastigotes is arbitrary. They [hemimastigotes] could also be included [in the Diaphoretickes group]—this lies in the eye of the beholder. This shows again, how arbitrary assignments such as ‘supra-kingdom’ are.”

“The ‘novel supra-kingdom’ sounds fancy and exciting—but is of no scientific value," he concludes. "Pity that it obscures the main accomplishment of the authors that they are able to place this group in the tree of life—which is truly a scientific advance.”