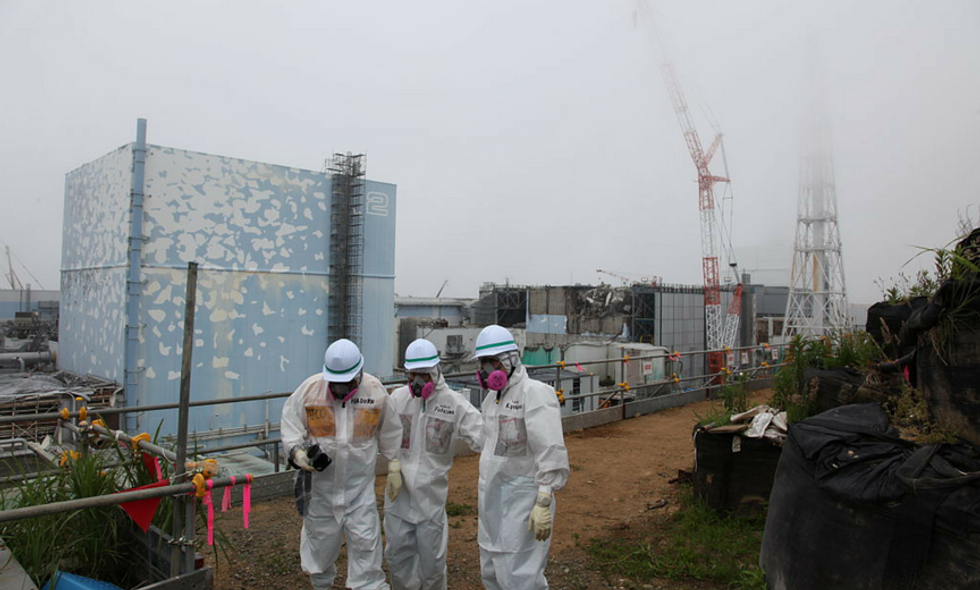 Japan needs workers. It is the world’s oldest society, with a quarter of its population over the age of 65. By 2060, an estimated 40 percent of the population will be seniors, with 27 percent over age 75.

To augment the workforce and take care of all those older people, the country is bringing in immigrants to perform service sector jobs. It’s also issuing “technical intern visas” to more skilled workers who can perform factory and construction work. Oh, and nuclear cleanup work. Although, the workers may not have known that’s what they were doing. No one thought to tell them.

A number of workers in the government’s foreign technical trainee program have been assigned jobs at Fukushima No. 1 nuclear power plant, which continues to leak radiation seven years after a tsunami and earthquake caused the reactor to meltdown.

The workers are in the foreign trainee program, which is designed to share skills and expertise that the interns can bring back to help their home countries. However, the program is under fire after a number of incidents revealed that companies that contract with the government to use these workers are exploiting the program to obtain cheap labor, sometimes for dangerous tasks.

The workers in this situation came from Vietnam, which does not have a nuclear program. They were involved in decontamination work in Fukushima Prefecture, including the construction of an on-site incinerator that will be used to destroy contaminated protective clothing and other materials.

Allegedly, they were not required to wear protective gear and had not been told of the potential hazards. The workers were employed by a subcontractor of Tokyo-based Hazama Ando Corp and worked at the plant from 2016 to late April 2018, despite Tokyo Electric Power Co.’s ban on such dispatches.

The president of Hazama Ando said, "Japanese youngsters quit easily but foreigners stick with us because they borrow heavily to come to Japan and cannot go home at least for three years," a requirement for technical intern trainees. In other words, they are trapped. When they began the assignment, they were told that they would be working on “formwork installation and reinforcing steel placements,” with no information about where this project would take place.

Another man was told he would be working in “public engineering,” and instead was assigned work in the contamination zone. The workers have been involved in containment infrastructure projects as well as demolition of homes and other buildings in the radiation zone. Some have said they have not told their families they are working at the nuclear plant. "My family would worry and tell me to come home," said one worker in the program.

Japanese Minister for Reconstruction Masayoshi Yoshino said, “this is something outrageous and totally illegal." Also illegal: Some of the workers say the companies that sent them to Fukushima skimmed their pay.The Ministry of Health, Labor and Welfare is investigating the firm for suspected violations of the Labor Standards Act.

Seven years after the Fukushima disaster, the plant remains dangerous. Radioactive dust covers the site, and groundwater flowing into the site from mountains west of the plant can become contaminated before flowing out to sea. Containing the site is an enormous engineering project.

Projects to immobilize contaminated water on the site include an enormous underground sea wall and waterproofing pavement to keep out rainwater; a groundwater bypass system that intercepts and pumps up water before it reaches the reactors; and a system of pipes filled with an aqueous solution of calcium chloride cooled to -30ºC that creates a 1,500-meter-long frozen wall that goes to a depth of about 30 meters underground. More than 1,000 huge storage tanks have been installed on the site, each holding 1,200 cubic meters of water that cannot be sufficiently treated and released.

The government estimates the site will be fully decommissioned in 40 years, although that could be an optimistic target. Lake Barrett, a veteran of the US nuclear energy industry who spent several years at the helm of decommissioning work at Three Mile Island reactor 2, is currently an independent special advisor to the Japanese Government and TEPCO board of directors.

“I believe that the 40-year timeframe is reasonable for a scientifically based decommissioning; that’s to say, to reach a point similar to that of a normal reactor at the end of its life,” said Barrett. “That’s not reaching the point of a green field where you’d want to put a children’s school. Could it be a brown-field, industrial site, though? Yes, it could. That’s a rational, reasonable end point.”