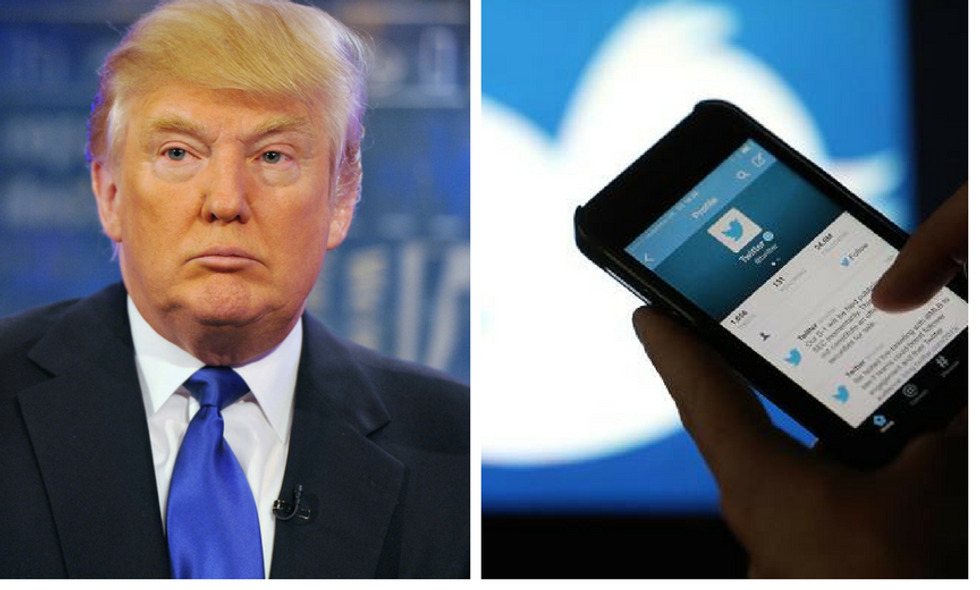 After a recent spike in President Donald Trump's Twitter followers, an audit reveals that almost half of his followers are fake.

According to Mashable, during the month of May alone, Trump has gained 2.3 million of his 31 million followers. But increasingly, Trump's following appears to be made up of a fake bot army.

According to an audit of his Twitter following, only 51% of his 31 million followers are real accounts.

This represents a dramatic increase in fake followers.

Last April, FiveThirtyEight reported that of Trump's then 7.6 million followers, just 8% were fake.

Then, back in January, a Twitter audit report revealed that of his then 20 million followers, 32% were fake.

Now, he's up to 49% fake followers. As Newsweek points out, doing the math, that means around 8.3 million of the approximately 10 million new followers he's gained since January are fake.

Mashable dug deeper and found that of the 7 million new followers Trump has gained since February 7th, "4 million of them are egg avatars, who are disproportionately likely to be fake."

So, does this mean the President is purchasing these followers to bolster his popularity, as some have famously done? As Uproxx suggests, as a prolific Twitter blocker, Trump may be doing just that to replace all the accounts he loses as followers when he blocks them.

For its part, Twitter disputes the methodology of the audit, claiming that just because an account lacks an avatar or any posted tweets, it doesn't mean it's fake.

Either way, Trump can't be happy about the fact that his number of followers, while impressive, pales in comparison to his predecessor, who boasts 89 million Twitter followers.