Scientists May Just Have Solved the Earth's Freshwater Problem 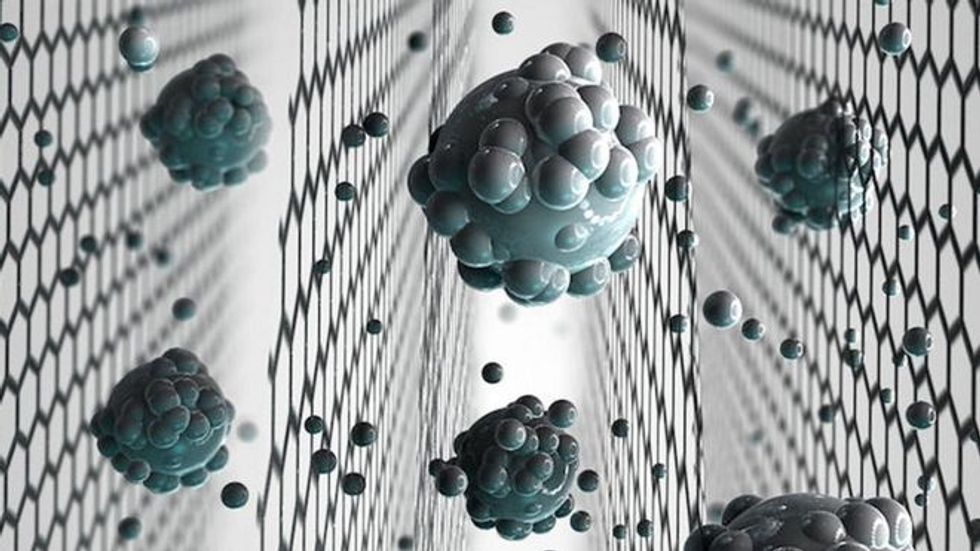 As water resources become scarcer around the world due to climate change, desalination technology has grown more popular. The UN anticipates that 14% of the world’s population will experience water scarcity by 2025. However, taking the salt out of water to drink it, or even use it for crop irrigation, is expensive; a thousand gallons of freshwater from a desalination plant costs the average US consumer anywhere from $2.50 to $5, compared to just $2 for regular freshwater, according to Tom Pankratz, editor of theWater Desalination Report. It’s also a huge energy consumer. Desalination plants around the world consumemore than 200 million kilowatt-hours each day, an estimated 55 percent of plants’ total operation and maintenance costs. These plants can also cause environmental issues such as displacing ocean creatures and negatively altering salt concentrations in their habitats.

A relatively new technology has taken the field of desalination by storm: graphene-oxide membranes can filter common salts, rendering water clean, and likely save energy and money, too. These new findings came from a group of scientists at t he University of Manchester and were published in the journalNature Nanotechnology. The technology has been around for some years, but researchers have been refining it.

Graphene membranes are comprised of a single layer of carbon atoms laid out in a hexagonal lattice. Due to its remarkable tensile strength and electrical conductivity, it has been consideredone of the most promising materials for filtration. Graphene is not only durable and incredibly thin, but it’s not sensitive to water treatment chemicals like chlorine.

Graphene-oxide membranes previously developed at the National Graphene Institute have been shown to filter out nanoparticles, organic molecules and even large salts. Until recently, however, they had not yet perfected the technique for filtering out common salts used in desalination technologies, which are even smaller.

One of the early problems was that the graphene membranes would swell slightly when immersed in water, allowing the smaller salts to escape. The Manchester group has now perfected a strategy to avoid the swelling of the membrane when exposed to water. They

placed walls made of epoxy resin—a substance used in coatings and glues—on either side of the graphene oxide membrane, which successfully stopped the swelling. As a result, they can control the membrane size and filter out common salts such as those found in seawater, making it safe to drink.

In this new technique, when the smaller common salts dissolve in water, they form a shell of water molecules around the salt molecules. This makes it possible for the graphene-oxide “capillaries” to block the salt from flowing through the membrane along with the water. Only the water membranes can now pass through the membrane, and as they flow with reduced friction, they are more efficient than other kinds of filtration membranes.

"Water molecules can go through individually, but sodium chloride cannot. It always needs the help of the water molecules. The size of the shell of water around the salt is larger than the channel size, so it cannot go through," co-lead author Dr. Rahul Nair, a professor at The University of Manchester, told the BBC.

When the graphene capillaries are approximately one nanometer, close to the size of a water molecule, Dr. Nair explained, "That makes the movement of water faster: if you push harder on one side, the molecules all move on the other side because of the hydrogen bonds between them. You can only get that situation if the channel size is very small."

These scalable membranes can be customized down to the atomic scale and be made uniform so that each capillary is exactly the same size. “[This] is a significant step forward and will open new possibilities for improving the efficiency of desalination technology,” said Nair.