Look Out, GPS. Radio Navigation is Making a Comeback 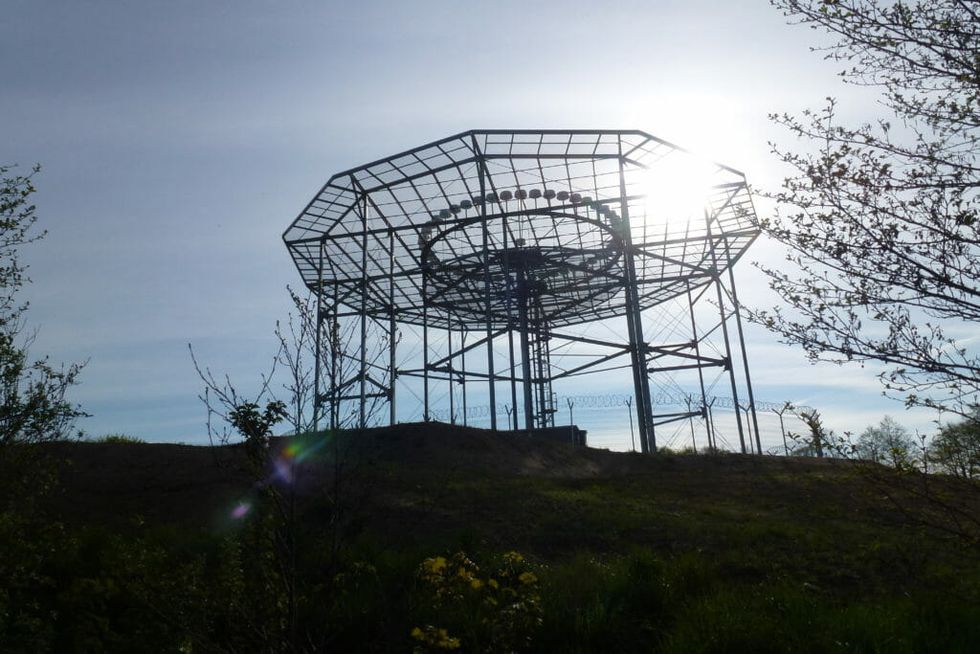 Long-range radio navigation, also known as Loran-C, rose to prominence during World War II. It works by using hyperbolic low-frequency radio signals from a global network of terrestrial radio beacons, and after the war, the technology helped ships, aircrafts, and others navigate. Loran-C enabled its users to pinpoint a location within a few hundred feet by using the difference in the timing of two or more beacon signals. A newer version, called eLoran, fine-tuned readings to give a location with accuracy within 65 feet.

And then came GPS.

GPS was fast, precise, and quickly became the standard for military, industry, and civilian location, timing, and navigation. It could pinpoint locations within a couple feet and could be integrated with cell phones and other portable units. In 2010, the U.S. Coast Guard decided that Loran-C was no longer needed; they’d gone all in with GPS, so the U.S., Canada, and most other countries shut down their eLoran beacons. And that’s when hackers realized that the newer technology had its weak spots.

GPS signals from satellites are relatively weak, making them vulnerable to accidental or intentional interference. GPS jamming or spoofing devices, which are cheap and widely available, can be used to throw off GPS signals, interfere with the electrical grid, block cell phone signals, and wreak havoc on vehicle systems that rely on GPS. They are used by consumers to escape monitoring systems installed by employers, car rental companies, or insurance companies. Criminals have used them to hijack and rob transport vehicles. In the hands of terrorists, they present an even more threatening problem.

In 2016, South Korea claimed that North Korea jammed its GPS systems, interfering with aircraft and fishing fleet navigation. As tensions in the area rise this year, the country is preparing to bring back radio navigation with eLoran as a backup system for GPS. Now the United States and other countries are considering doing the same.

“eLoran is only two-dimensional, regional, and not as accurate, but it offers a powerful signal at an entirely different frequency,” said U.S. engineer and retired airforce colonel Brad Parkinson, who is known as the “father of GPS.” “It is a deterrent to deliberate jamming or spoofing (giving wrong positions), since such hostile activities can be rendered ineffective.”

As the world’s shipping lanes become increasingly crowded, and 90 percent of the world’s goods move via cargo ship, the threat of cyber-attacks to GPS is growing. Natural threats are a risk as well; a solar flare generated a radiation storm that knocked GPS signals out for an hour in early September. Modern seafarers (and road drivers) are losing traditional map-based navigation skills, and relying on GPS puts safety and security at risk, say officials, making old-school systems like eLoran a good backup.

“My own view, and it is only my view, is we are too dependent on GNSS/GPS position fixing systems,” said Grant Laversuch, head of safety management at P&O Ferries. “Good navigation is about cross-checking navigation systems, and what better way than having two independent electronic systems.”

Britain has one eLoran beacon. Russia is looking at establishing its own system, called eChayka, aimed at the Arctic to be ready to navigate new waters as climate change opens up new shipping lanes through rapidly melting ice in that region. In the U.S., the House of Representatives has passed a bill, now awaiting consideration by the Senate, to deploy eLoran. The next step would be approval by President Trump. While the program has broad support, nothing is certain.

"It's entirely possible, that the president says 'I asked for money for the wall. If you don't give it to me I'm going to veto this bill,’" said Stan Collender, a federal budget expert and an executive vice president with the Qorvis MSLGROUP. A veto would slow development of the system, or put the matter in the hands of private industry — which would then be in a position to charge the government for its use.