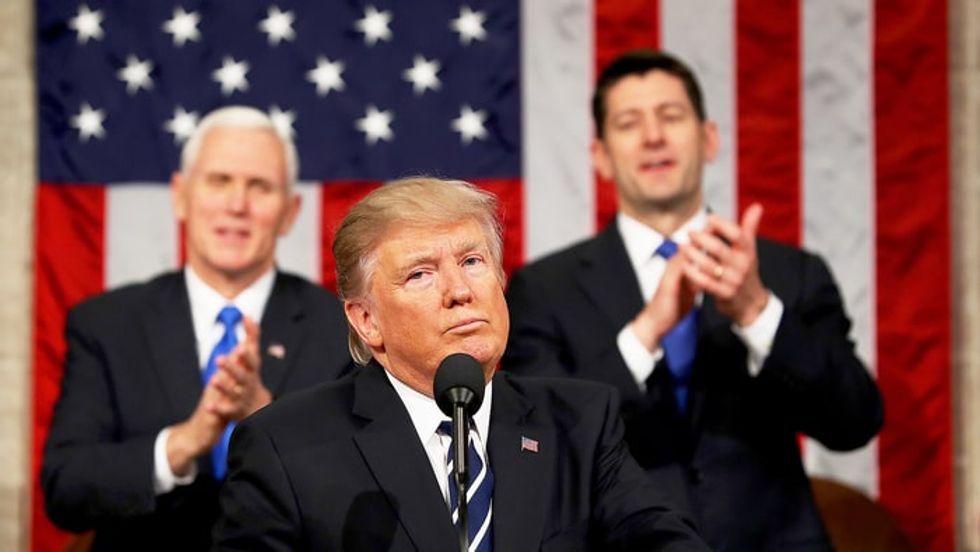 American hospitals and the AARP are the two newest opponents to the GOP repeal and replace bill for Obamacare.

The American Hospital Association (AHA) announced yesterday it would oppose the American Health Care Act. In doing so, AHA became the first health industry group to voice its opposition to the legislation.

In a letter to House Republicans, Richard Pollack, AHA's president and CEO, asked Congress "to protect our patients, and find ways to maintain coverage for as many Americans as possible. We look forward to continuing to work with the Congress and the Administration on [Affordable Care Act] ACA reform, but we cannot support The American Health Care Act in its current form."

Pollack also came out against a provision of the legislation that would strike funding for states to expand Medicaid beyond 2019. Hospitals, he continued, would be adversely affected by elements of the measure that give relief to other industries largely through eliminating taxes imposed by Obamacare yet offer no help for them. For example, items like the overall tax on healthcare plans have been removed entirely, but a reduction in Medicare payment levels for hospital services remains in place.

“If coverage is not maintained at the current level, those resources need to be returned to hospitals and health systems in order to provide services to what will likely be an increased number of uninsured Americans,” Pollack said.

The GOP's proposal would also shift Medicaid's "per capita cap" from a system where the federal government pays for the entirety of an enrollee's medical bills to one in which states would receive a set amount per Medicaid enrollee. The problem, Pollack notes, is that Medicare already doesn’t provide enough funds to cover the actual cost of providing care. A greater use of federally approved waivers could mitigate the damage, he said, and give states a method to test out different ways to implement Medicaid which would maintain the program's integrity but not follow federal rules.

“The expanded use of waivers with appropriate safeguards can be very effective in allowing state flexibility to foster creative approaches and can improve the program more effectively than through imposing per-capita caps,” he said.

Pollack recommended Congress wait for the Congressional Budget Office (CBO) to score and release estimates on how many individuals the measure would cover before moving it forward. Early estimates have not been kind to the Republican plan, with one analysis concluding that as many as 10 million people could lose their coverage. A CBO score would provide a “level of analysis and needed transparency,” Pollack wrote, and provide vital information regarding the legislation's impact "on both individuals and the ability of hospitals and health systems which are the backbone of the nation's health care safety net in terms of our ability to care for all of those who walk through our doors."

AARP (formerly the American Association for Retired Persons) has also come out against the American Health Care Act, citing a provision which would allow insurers to raise premiums for older Americans to rates five times higher than they charge younger workers provided state regulations allow it. Obamacare had successfully capped this ratio, known as the "age rating," at 3 to 1.

“Older Americans need affordable health care services and prescriptions,” AARP Executive Vice President Nancy LeaMond said in a statement. “This plan goes in the opposite direction, increasing insurance premiums for older Americans and not doing anything to lower drug costs.”

The organization, which has 38 million members age 50 or older, also opposes the measure's restructuring of Medicaid, which, its members argue, might force states to make cuts that hurt seniors, many of whom rely on Medicaid for nursing home care and other necessary health services. The legislation would also roll back Obamacare's expansion of the program, which made it available to millions of low-income adults, many of them seniors, who did not have health insurance before.

“Medicaid cuts could impact people of all ages and put at risk the health and safety of 17.4 million children and adults with disabilities and seniors by eliminating much needed services that allow individuals to live independently in their homes and communities,” LeaMond said. “This harmful legislation would make health care less secure and less affordable.”

AARP announced its opposition to the measure and its provisions in letters to Congress in January and February. "As Congress considers possible changes to Medicaid, it is important to understand how any proposed changes will affect real people,"Joyce A. Rogers, the organization's senior vice president, wrote in January. "AARP opposes Medicaid block grants and per capita caps because we are concerned that such proposals will endanger the health, safety, and care of millions of individuals who depend on the essential services provided through Medicaid."

Last month, the organization launched an advocacy campaign to combat the rise in the "age rating," which it is calling an "age tax." At the time of the campaign's launch, AARP encouraged its members to call those members in Congress who've played an active part in drafting and sponsoring the legislation.

The measure would also create a tax credit to buy insurance that increases based on age. These tax credits, however, are twice as large for older Americans.

According to Sabrina Corlette, a professor at Georgetown University’s Health Policy Institute, predicts many Americans in their 50s and early 60s would be unable to pay for private insurance and go without coverage. Medical debt would rise significantly, as would bankruptcy rates. Still other people would likely delay retirement to stay on their employer's health insurance plan. “It is sending seniors a 2-foot rope to get themselves out of a 10-foot hole,” she said.

An interactive analysis by the Kaiser Family Foundation found that those hardest hit by these changes live in rural, more conservative areas. 60-year-olds earning $30,000 a year would see their tax credits drop 75 percent or more in most of Arizona, for example, as well as in large areas of western Nebraska. The least affected states are lean Democrat, including Washington, Vermont, New York and Massachusetts.