Yes, the Warming of the Planet Is Causing Colder Winters and It Actually Makes a Lot of Sense 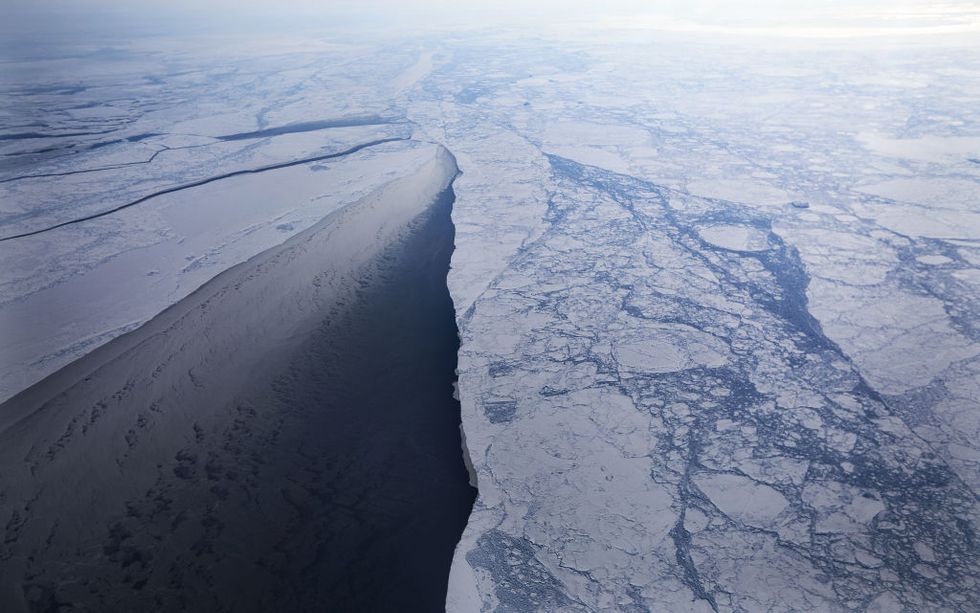 Here we go again. Much of the United States is locked in a swath of bitter cold and extreme winter weather, thanks to the atmospheric phenomenon known as the polar vortex. The polar vortex is the recurring pattern of low pressure above the north pole responsible for the cyclic winter weather patterns throughout the northern hemisphere. As warm air from the south mixes with colder air in the north during winter, it pushes cold air north of the jet stream southward, resulting in an expanding area of Arctic air. The frigid Arctic air settles over Canada and the United States, sending temperatures plunging 20-30 degrees below average. While some drift in the polar vortex is natural, recent jet stream activity coupled with consecutive years of record cold indicate there may be some other force at work.

In fact, the ten warmest years on record all occurred after 1997. As global temperatures increase, Arctic ice melts at a faster rate, causing sea levels to rise. Melting polar ice also means less light from the Sun getting reflected into space, resulting in more heat being absorbed into ever-warmer oceans. This increases the supply of warm air being infused into the polar vortex, causing its stability to weaken and winter weather to become more extreme.

The 2004 movie The Day After Tomorrow envisions an arctic-based climate disaster, albeit in an extreme way. Arctic cyclones, formed because of a rapidly warming planet, descend upon the northern hemisphere over the course of just a few days. These hurricane-like storms dump tens of feet of snow and usher in temperatures as low as 40° F below. Cities, cars, planes, and people freeze instantly. By the end of the film, which takes place over a week, Earth is transformed from a temperate, lush green world into an ice-covered tundra. Climate change had triggered a new ice age. The movie also touches on the politics of climate change; the obstinate Vice President, who just happens to be Dick Cheney’s doppelgänger, denies climate science until the end, and by then it’s too late. While the events in The Day After Tomorrow are fictional, there is some scientific truth behind them.

A study in the Bulletin of the American Meteorological Society is giving scientists new insight into why winters in the northern hemisphere are becoming more extreme. The study relied on analyses of wind patterns from just above latitude 60’N (the location of the polar vortex, which is a little north of Oslo, Norway) between January and February from 1979 to 2015. The study found that when northern oceanic temperatures rise, they emit large amounts of heat into the atmosphere. As more and more heat is pumped into the stratosphere around the poles, the influx of warm air disrupts the counter-clockwise circulation of the polar vortex. This imbalance pushes cold air further south, leading to colder winters and more extreme winter weather. Consequently, the most extreme effects are felt further south, as this is where the most vortex weakening takes place.

Extreme winter weather from disruptions in the polar vortex isn’t limited to North America. “Using hierarchical clustering, we show that over the last 37 years, the frequency of weak vortex states in mid to late winter (January and February) has increased which were accompanied by subsequent cold extremes in mid-latitude Eurasia,” the study states. Popular Science expanded upon these results, explaining that “the effect is stronger over Asia and Europe. In 2012, many Russians froze to death as the nation registered the coldest winter in over 70 years. Temperatures plunged to -58° F. Last winter Stockholm, Sweden, was buried in 15 inches of snow as a cold front hovered in the region. It was the most snow to fall in the month of November in 111 years of record keeping.” The study also found that more extreme winter conditions occur following a preceding warmer-than-normal winter.

The study also explains that “for this region 60% of the observed cooling in the era of Arctic amplification, i.e., since 1990, can be explained by the increased frequency of weak stratospheric polar vortex states, a number which increases to almost 80% when El Niño/Southern Oscillation (ENSO) variability is included as well.” Just like in the Arctic, when ocean waters warm, they create imbalances in normal ENSO patterns. El Niño/Southern Oscillation (ENSO) and La Niña “are the warm and cool phases of a recurring climate pattern across the tropical Pacific—the El Niño-Southern Oscillation, or “ENSO” for short,” explains the National Oceanic and Atmospheric Administration (NOAA).

‘It’s cold where I am, so global warming is obviously a hoax.’

It’s a common claim among people who actively deny the reality of climate change. Generally, this is due to not understanding the difference between weather and climate. “Weather is basically the way the atmosphere is behaving, mainly with respect to its effects upon life and human activities. The difference between weather and climate is that weather consists of the short-term (minutes to months) changes in the atmosphere. Most people think of weather in terms of temperature, humidity, precipitation, cloudiness, brightness, visibility, wind, and atmospheric pressure, as in high and low pressure,” according to NASA. “In most places, weather can change from minute-to-minute, hour-to-hour, day-to-day, and season-to-season. Climate, however, is the average of weather over time and space. An easy way to remember the difference is that climate is what you expect, like a very hot summer, and weather is what you get, like a hot day with pop-up thunderstorms.”

Remember in 2015 when Senator Jim Inhofe (R-OK) brought a snowball on to the Senate floor to make the case that climate change is a hoax? This mindset is the ethos of the Trump Administration on the issue of climate change, and is profoundly and senselessly dangerous. President Donald Trump and the Republican Party have adopted the most staunchly anti-science and environmentally destructive policies in recent memory. The science behind climate change enjoys overwhelming scientific consensus. Thousands of Americans lost their lives as a direct result of climate change last year; economic losses alone from climate change related disasters in 2017 could top $300 billion. This is completely unsustainable.

As of November 7, 2017, the United States is the only country in the world that refuses to participate in the Paris Climate Agreement. President Obama committed the US to the international effort in 2015. Participants share in the goals of preventing global temperatures from rising above 2 degrees Celsius, reducing carbon emissions, and investing in clean, renewable sources of power. Fossil fuel consumption and production are in decline, yet solar and wind power are growing every year. China is taking this even further, having recently proposed a $5 trillion investment in global infrastructure, including expanding renewable sources of energy.

The longer our government ignores the reality of human-generated disruptions to our climate, the less possible it’s going to be to prevent future disasters. Trump’s record on the environment is nothing short of belligerently abysmal. National Geographic is keeping a running tally on the 45th president’s actions on environmental policy, which will guarantee further destruction of our biosphere for the sake of short-term corporate profits.

The government’s duty is to keep the American people safe, yet the Trump administration has removed climate change from the official list of national security threats. Climate change is the biggest threat our country, and the world faces in the coming decades. Dismissing and ignoring the cataclysmic reality of climate change is not only a dereliction of duty, it is willful and deliberate negligence with irreversible domestic and global consequences. The United States is now a rogue nation on the international stage and barring some sudden major change, Trump will lead us into our historic, and perhaps final, descent into obscurity.