Some forms of blindness may become curable in the near future. 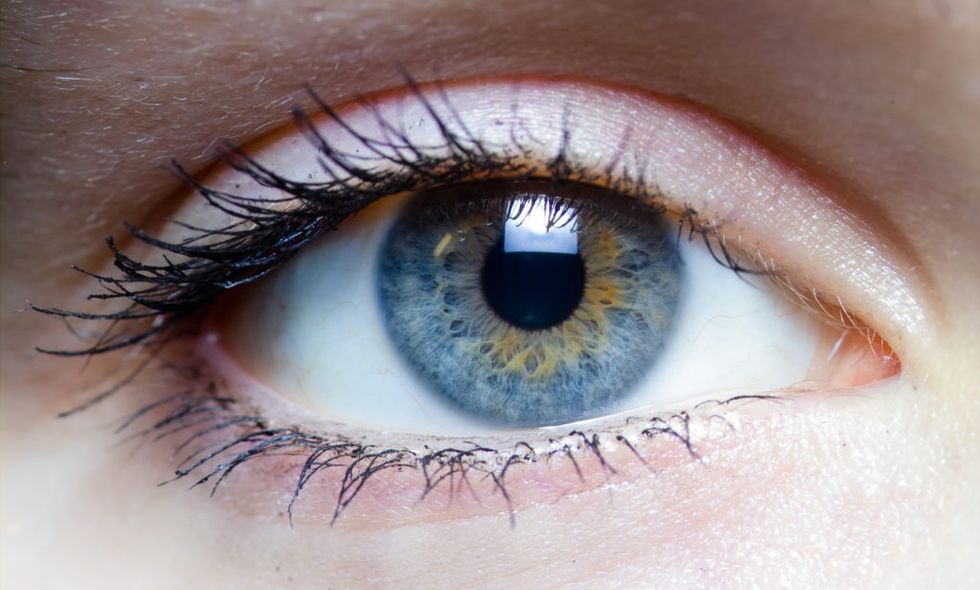 Google Glass, virtual reality headsets, and other high-tech optics can bring illusory worlds to life. But what about the real world? Millions of people suffering from blindness would be thrilled to put on special goggles to see again or see for the first time.

Now, that is close to becoming a reality for some with sight impairments.

Smart goggles, combined with an algae-based gene therapy, are being tested in the UK by GenSight Biologics, a French biopharma company as a potential cure for one form of blindness. Retinitis pigmentosa is a condition that damages photoreceptor cells, the cells that convert light into electrical signals. It is a progressive disorder that eventually causes those affected to lose their vision. The trials aim to treat people who are approaching total blindness, yet still retain enough vision to see five fingers from 18 inches away.

Special light-sensitive genes derived from algae will be inserted into the trial participants’ neuronal cells in the eye. If all goes well, the gene will convert ganglion cells, which communicate information from the eye to the brain, into photoreceptor cells. By replacing cells damaged by retinitis pigmentosa, scientists hope to restore vision. The gene treatment will be paired with special goggles that improve overall vision.

Other blindness treatments are on the horizon too.

Scientists say a cure for macular degeneration, one of the most common causes of age-related blindness, could be just a few years away. Two patients in the UK with advanced macular degeneration were able to see again after they received an implanted “patch” of stem cells over the area at the back of the eye that was damaged by the condition. The treatment restored their vision to the point that the patients can read again and see faces that used to be a gray blur. Without the treatment, doctors estimated they would be completely blind within six weeks.

“In the months before the operation my sight was really poor and I couldn’t see anything out of my right eye,” said Douglas Waters, 86, one of the test patients. “I was struggling to see things clearly, even when up close.

“After the surgery my eyesight improved to the point where I can now read the newspaper and help my wife out with the gardening. It’s brilliant what the team have done and I feel so lucky to have been given my sight back.”

The doctors behind this treatment hope that it will become as common as cataract surgery. In the U.S., 10 million people suffer from age-related macular degeneration.

Meanwhile, many people continue to abuse our eyes, subjecting to dangerous UV light, excessive screen use, and dangerous fads like eye-color-changing surgery. Lawmakers in Indiana banned eyeball tattooing after a Canadian model suffered major complications after getting her eyeball tattooed purple. Some things, like aging, can’t be avoided. But other causes of blindness may be easier to avoid, with a little common sense.