Cut, Copy, Paste, Undo? Why “Editing” Your Genes May Not Be So Simple 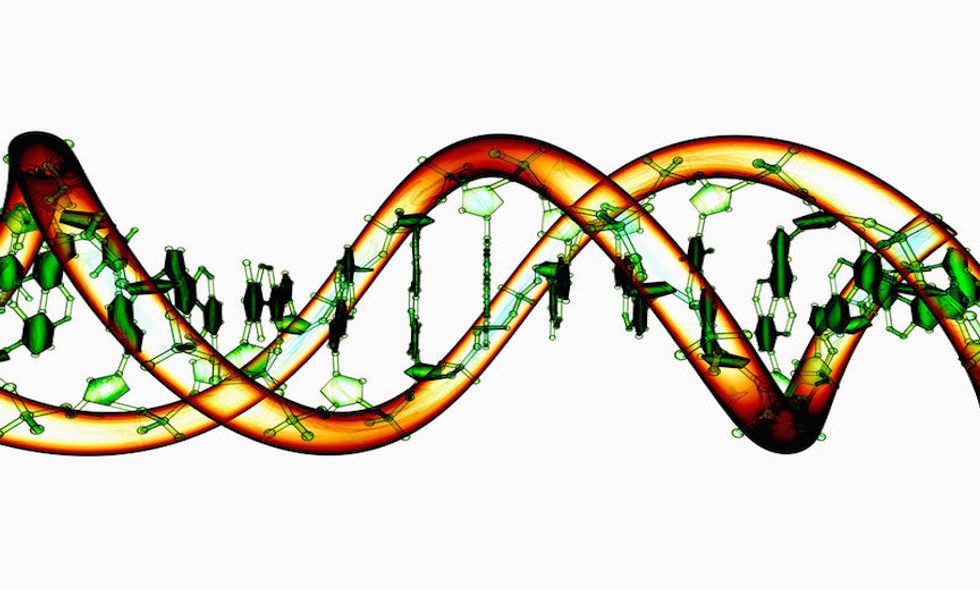 A world without cystic fibrosis, diabetes or muscular dystrophy. A world free of painful and degenerative diseases. Until now, this occurred only within the pages of utopian novels, but U.K. fertility regulators, the Human Fertilisation and Embryology Authority (HFEA), recently approved the editing of genes in human embryos. This study could shed light on how to eradicate such diseases completely. The U.K. is the first country in the world to take this step, but the possibility of fiction becoming reality has raised ethical concerns.

The team of British scientists from the Francis Crick Institute says their research could start in a few months, but they must first be granted approval by a research ethics committee.

The goal of this research, according to the Crick, is to “understand the development of a healthy human embryo.” This understanding could, in turn, improve embryonic development after in vitro fertilization (IVF) and help to advance clinical infertility treatment.

This research is possible due to a revolutionary technique calledCRISPR-Cas9, which was first introduced three years ago. CRISPR-Cas9 allows precise cutting and manipulation of DNA, and makes gene modification cheaper and easier than ever before. Faulty genes can be snipped out and replaced by new genes, which can be added—or edited—into these exact locations.

The work uses surplus embryos donated from IVF patients, intended for research purposes only. The HFEA decision allows team leaderDr. Kathy Niakan, who specializes in stem cell research, to study these embryos for as long as 14 days, but prohibits

implanting them into women. By focusing on the earliest stage of human development, this research could provide new insights into why some women fail to carry their babies to full term.

During the first seven days after fertilization, a zygote (fertilized egg) grows from a single cell to between 250 and 300 cells. At this stage, it is known as a blastocyst, and some cells have already differentiated, or assumed specific roles.

For example, some will form the placenta and others the amniotic sac. Parts of our DNA are very active at this stage; these genes are believed to be responsible for early human development, but their precise function is unknown.

Equally unclear is what causes miscarriage during this phase. Out of every 100 fertilized eggs, fewer than 50 reach the early blastocyst stage. Of those, roughly 25 will implant into the uterus and only 13 can be expected to develop past three months.

While the HFEA decision was good news for scientists at the Francis Crick Institute, it has sparked concern that the ethical implications of this research have not yet received proper consideration. Is excitement over rapid advances in gene editing causing premature dismissal of such concerns?

The University of Edinburgh’s Dr. Sarah Chan doesn’t believe so, saying, "The use of genome editing technologies in embryo research touches on some sensitive issues, therefore it is appropriate that this research and its ethical implications have been carefully considered by the HFEA before being given approval to proceed. We should feel confident that our regulatory system in this area is functioning well to keep science aligned with social interests."

Dr. David King has a different opinion. The director of Human Genetics Alert said, "This research will allow the scientists to refine the techniques for creating GM [genetically modified] babies, and many of the government's scientific advisers have already decided

that they are in favor of allowing that. So this is the first step in a well mapped-out process leading to GM babies, and a future of consumer eugenics."

NPR's Rob Stein reported on the debate while covering the International Summit on Human Gene Editing. He cites some scientists’ concerns that this new medical research could open the door to a new wave of eugenics designed to “enhance” the human race. True, these studies could provide valuable insights into early human development, but could also revolutionize the treatment of inherited diseases such as Huntington's Disease and cystic fibrosis.

But Stein notes that “altering the so-called germline in this manner has long been considered off-limits.” A change in genetic structure could potentially be passed on to future generations, and a mistake in the manipulation of genes could have drastic effects on human biology. Essentially, new diseases could be added to the human gene pool.

Still, a moratorium on further experiments could cause a promising medical field to stagnate. John Harris, a professor of bioethics at the University of Manchester in England, said, “We all have an inescapable moral duty: to continue with scientific investigation to the point at which we can make a rational choice.” And with the November 2015 announcement that scientists had successfully reversed a child's cancer using gene editing techniques, the potential benefits of such medical advances cannot be denied. Regarding the Francis Crick Institute, the research ethics committee’s decision is not likely to mark the end of this ethical quandary.