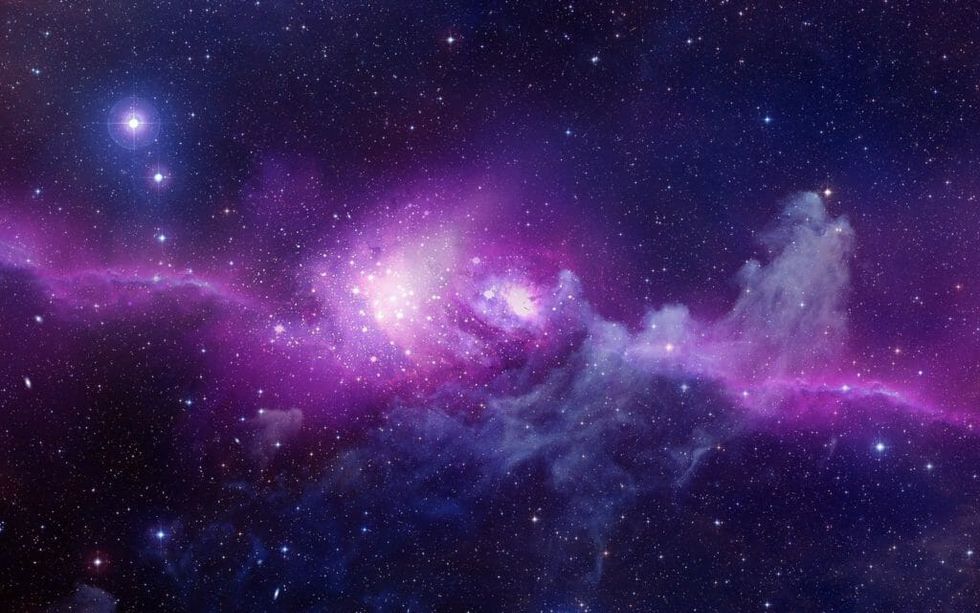 A recent simulation reveals that half of the matter in our galaxy came from the stellar winds of supernova explosions up to a million light years away. A team of astrophysicists from Northwestern University in Illinois discovered that cosmic rays, which are charged particles ejected from the centers of stars during supernovae at nearly the speed of light, are responsible for transporting this material between galaxies.

The Milky Way contains 100-400 billion stars, giant clouds of gas and dust, and countless smaller objects such as planets, asteroids, and comets. Hydrogen, the most abundant element in the universe, is converted into helium in the cores of stars through nuclear fusion. As stars age and deplete the hydrogen in their cores, their intense gravity continues to fuse helium into heavier elements such as carbon, oxygen and eventually iron. Once a star begins creating iron in its core, the core becomes too heavy, gravity pulls the star’s outer layers inward, and the star explodes as a supernova. This final process can take less than a second.

A supernova occurs when a star at least eight times as massive as our Sun spends its nuclear fuel and explodes, sending trillions upon trillions of tons of gas and dust and radiation into space. This is known as a Type 2 supernova. The heaviest and rarest elements in our universe, including gold, platinum, and uranium, are created in this process. This material is blasted out into space and over time begins to dissipate in all directions.

In 2014, astronomers Munier Salem and his colleagues at Columbia University in New York developed a simulation that showed these charged particles could drive winds strong enough to shape galaxies. These particle winds are also believed to give galaxies like the Milky Way their flat disc shape, as galactic material is slowly blown away over time. Losing this matter, however, can prevent star formation. In order for stars to form, gas and dust must be dense enough to collapse into a stellar core and ignite nuclear fusion.

In June, Dr. Daniel Anglés-Alcázar, a postdoctoral fellow in astrophysics at Northwestern University and leader of the team of astrophysicists who conducted the research, decided to study the process of wind recycling. They ran computer simulations which revealed that galaxies with 100 billion or more stars, like our own Milky Way, owe half of their mass to interstellar recycling. The simulations revealed that supernovae, the explosions that occur when massive stars die, produce cosmic rays powerful enough to travel across space and get captured by distant galaxies.

Until now, “we did not realize how much of the mass in today’s Milky Way-like galaxies was actually ‘stolen’ from the winds of other galaxies,” said co-author Claude-André Faucher-Giguère. Cosmic rays lose energy and density over time as they travel through space,  and galactic winds were previously thought too weak to account for such a large transfer of material. “We assumed that the winds were confined to the galaxies they came from – that they could recycle by falling back onto the galaxy that ejected them, but not transfer much mass from one galaxy to another.”

The researchers demonstrated a process that they named “intergalactic transfer,” where gases flow from smaller galaxies to larger galaxies, like the Milky Way.

Based on the simulations, the researchers concluded that intergalactic winds may be responsible for up to 50 percent of all matter. “Half of our very own galaxy,” they suggest, “could have originated from another corner of the universe. The atoms that built the solar system, the planets, and even our own bodies may have come from another galaxy perhaps as far as 1 million light-years away.”

“It was actually surprising for us to find out that there is that much exchange of mass between galaxies,” Anglés-Alcázar said. “It’s very interesting to think of our galaxy not as some isolated entity, but to think of the galaxy as being surrounded by gas which may come from many different sources.”

Earlier this year, astronomers at the Harvard-Smithsonian Center for Astrophysics discovered that some of the most distant stars in the galaxy were pulled from the Sagittarius dwarf galaxy, a much smaller galaxy that surrounds the Milky Way. Gravitational tides were believed to be responsible for that transfer.

More computer simulations will be needed to better understand intergalactic transfers. Anglés-Alcázar suggests that the phenomenon could eventually be directly observed using the Hubble Telescope.