Robots Go Into The Fukushima Nuclear Plant Site, But Don't Come Out

Six years after three nuclear reactors at Japan's Fukushima Nuclear Plant melted down, Tepco is still struggling to locate the melted nuclear fuel it needs to remove in order to fully clean up the site. So far, multiple robot probes have died inside the reactors before locating the melted fuel, delaying the removal process another several years. 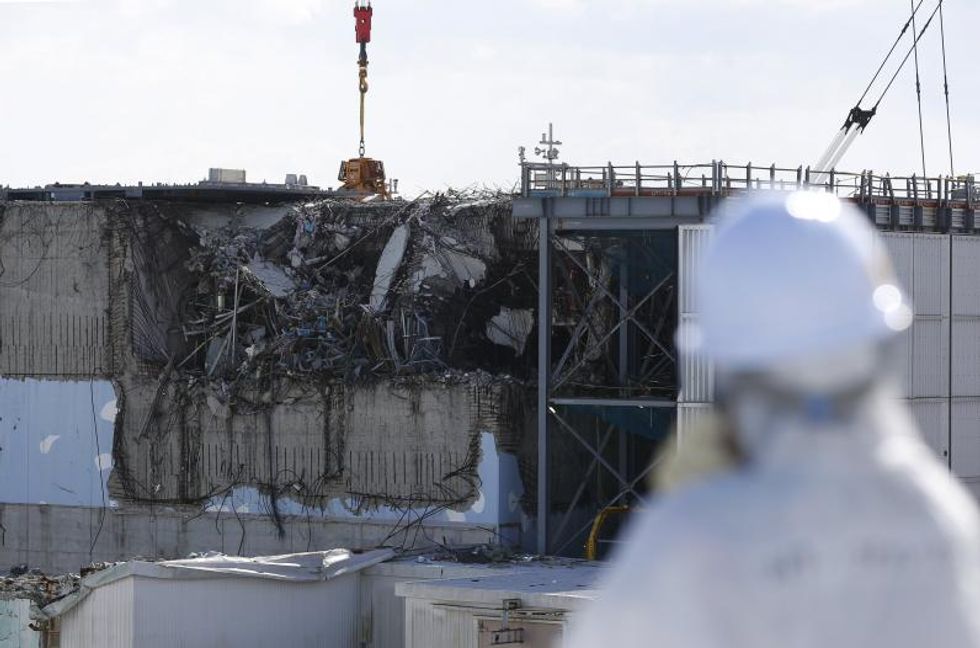 In 2011, a 9.0 magnitude earthquake off the coast of Japan caused a massive tsunami, which in turn led to the meltdown of three nuclear reactors at the Fukushima Nuclear Power Plant in Fukushima, Japan. As a result, the site went on to release radioactive material for the next three days, becoming only the second such disaster in history–after Chernobyl in 1986–to be classified a Level 7 event on the Nuclear Event Scale.

So perhaps it should come as no surprise that, just past the tragedy's six year anniversary, Tokyo Electric Power Co. (Tepco) has made little progress in cleaning up the disaster site.

While Tepco has spent much of its time containing radiation and attempting to minimize groundwater contamination, its current mission is to locate and retrieve 600 tons of melted nuclear fuel rods lost somewhere in the radioactive wreckage. As the levels of radiation are still too high for human exposure, this task has fallen to robots. Yet so far, even the robots have failed repeatedly to locate the melted fuel rods; instead, they are dying within the reactors they were sent in to survey.

The latest device to meet its end was a scorpion-shaped robot built by Toshiba, which entered one of the reactors last month but stalled just 10 feet short of its target in a matter of hours. While it was ultimately undone by the failure of its left roller-belt, the robot was exposed to far higher than expected levels of radiation, which likely interfered with its electronics and prevented it from sending photos that could have shed some light on the location of the melted fuel rods.

Despite being manufactured using special radiation-hardened materials to protect its circuits from exposure, the levels of radiation it encountered within the reactor far exceeded the robot’s tolerance. Two prior robot missions had to be aborted as well after one got stuck and another failed to locate any melted fuel for several days.

Despite the setbacks, Tepco believes it is getting closer to locating the melted fuel, and hopes to begin removal by 2021, but admits it is a long-term project. The Japanese government estimates that it will take upwards of 40 years and $70.6 billion to complete the clean-up.

According to MIT nuclear science professor Jacopo Buongiorno, “the roadmap for removing the fuel is going to be long, 2020 and beyond. The re-solidified fuel is likely stuck to the vessel wall and vessel internal structures. So the debris have to be cut, scooped, put into a sealed and shielded container and then extracted from the containment vessel. All done by robots.”

But that begs the question: what robots?

None of those they’ve sent in so far has done the trick. What if the technology required to create the chips and robots that are radiation-hardened yet not too weighed down by protective shielding hasn’t even been invented yet? Bloomberg reports that Toshiba intends to send a new robot into Reactor 3 next year at this time to continue the search, but it is still in the development phase, and Toshiba has not yet made design details public.

The good news is that with a 40 year time horizon, the likelihood of technology catching up with Tepco's needs is fairly good. But when will the site be clean enough so that more people may return to their homes? In the meantime, radioactive boars have been making themselves quite at home there.