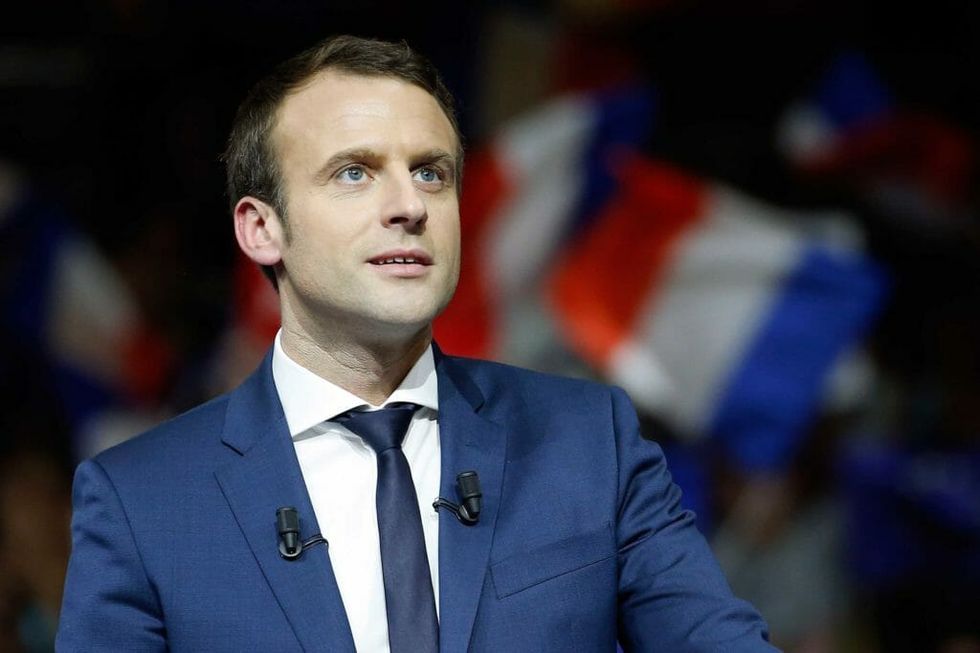 French President Emmanuel Macron excoriated President Donald Trump for withdrawing from the Paris Accord yesterday. Trump's decision to exit from the agreement, which aims to reduce greenhouse gases and stem the effects of climate change, has drawn international condemnation from world leaders and environmentalists alike who predict it could damage U.S. international standing on environmental concerns.

"I do respect his decision, but I do think it is an actual mistake, both for the United States and for the planet," Macron said in an English-language speech at the Élysée Palace. “I tell you firmly tonight: We will not renegotiate a less ambitious accord. There is no way... If we do nothing, our children will know a world of migrations, of wars, of shortage. A dangerous world."

In his speech and on Twitter, he appropriated Trump's signature campaign slogan, "Make America Great Again," altering it slightly to reaffirm France's commitment to the agreement.

"“I call on you to remain confident. We will succeed. Because we are fully committed, because wherever we live, whoever we are," Macron said, "we all share the same responsibility to make our planet great again."

Macron also issued a call to American researchers and scientists, encouraging them to work with like-minded people abroad, assuring them that France will "put forward a concrete action plan to increase its attractiveness for researchers and companies in the ecological-transition sector and will take initiatives notably in Europe and Africa" on the subject of climate change. “Tonight the United States has turned its back on the world, but France will not turn its back on Americans,” he added.

“To all scientists, engineers, engineers, entrepreneurs, responsible citizens who were disappointed by the decision of the United States, I want to say that they will find in France a second homeland,” Macron said. “I call on them: Come and work here with us––to work together on concrete solutions for our climate, our environment. I can assure you, France will not give up the fight.”

Statement on the US' withdrawal from the Paris climate agreements. #parisagreement https://t.co/T4XOjWZW0Q
— Emmanuel Macron (@Emmanuel Macron) 1496353616.0