Making Room at the (Periodic) Table for Four New Elements 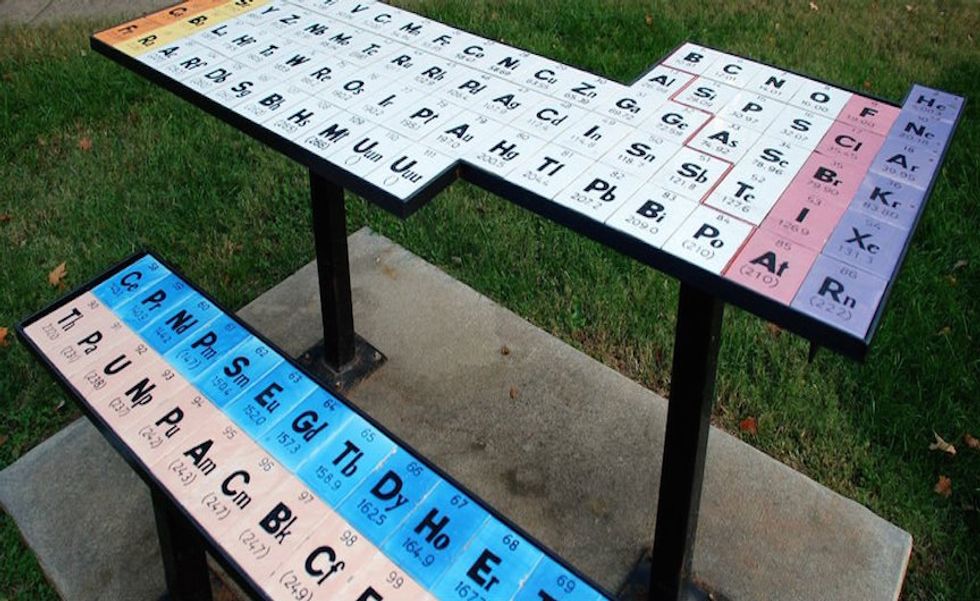 The four new substances are in the transfermium category, having an atomic number higher than fermium, which is element 100. They are artificially-made “super heavy metals,” meaning they break down quickly into lighter substances. Additionally, they are all radioactive. The new elements will fill out the seventh, and bottom, row on the chart.

Laboratories in Russia, Japan and the U.S. developed the new elements. In its announcement, IUPAC noted that the scientists behind their creation “will now be invited to suggest permanent names and symbols.” In the meantime, the elements are known by working titles: ununtrium, ununpentium, ununseptium and ununoctium.

Those iconic names and symbols — such as Au for gold, O for oxygen and Fe for Iron — have a long half-life, not just in the world of science, but in other fields and popular culture. So the naming of elements is a serious matter. Editors at the Oxford English Dictionary note that, since the names will instantly become a permanent part of the international scientific vocabulary, they will have the rare distinction of being automatically entered into the dictionary, without further review.

Naming doesn’t always go smoothly, however. From 1960 to 1990, scientists from the U.S. and Russia waged a naming rights battle, as they argued over

whose research dominantly led to the creation of several elements discovered after fermium — specifically, numbers 104 through 109. Known as the “Transfermium Wars,” this dispute reflects the larger politics of the Cold War era. In 1997, the IUPAC stepped in and divided naming rights between the U.S., Russia and Germany. In 2002, IUPAC issued new recommendations for naming any future elements.

A string of recent celebrity deaths have inspired citizens to launch petitions to sway scientists towards naming the four new elements after well-known stars, such as “Stardust” (after David Bowie), Severium (after Alan Rickman, who played Severus Snape in the Harry Potter films), Octarine (after a color named in author Terry Pratchett’s Discworld series) or Lemmium, after Mötorhead guitarist Ian “Lemmy” Kilmister. Since the new elements are, in fact, heavy metals, this last one may have the most convincing case.

But such creative license is unlikely to prevail. “Biologists get to do all those sorts of things, more whimsical namings, because they have so much more to work with,” Dr. Janan Hayes, professor emeritus at Merced College in Merced, Calif., told the Christian Science Monitor. “In chemistry, we have so little that we really need to put deeper thought into it every time.”

The new IUPAC guidelines advise that new elements can be named after a mythological concept, a mineral, a place or country, a property or a scientist, although past naming conventions have resulted in elements named after scientists, countries or laboratories involved in their discovery.

The last time the opportunity to name an element arose was in 2012, when two new heavy metals were added to the table. Elements number 114 and 116 are called flerovium and livermorium, after the Flerov and Livermore Laboratories, in Russia and California, where they were created.