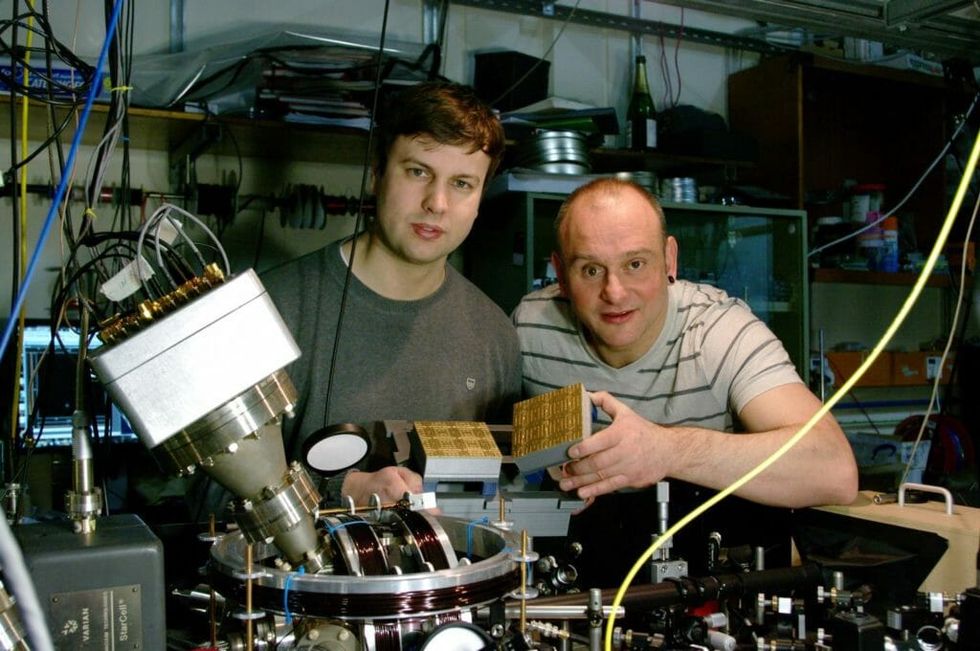 While some people dream about the next iPhone, others dream bigger — much bigger. The first open-source blueprint for a practical quantum computer is now available. Of course, practical is relative: The plans could be used to build a quantum computer that is roughly the size of a soccer field.

They work by representing data using quantum-mechanical effects at minute levels, enabling scientists to study the behavior of atoms and molecules, work with complex, interconnected data, and design the next wave of technologies. “It has great promise for studying molecules,” says Krysta Svore, who leads Microsoft’s group working on quantum algorithms. A regular computer reads, stores, and manipulates information in binary “bits” represented by 1s and 0s. A quantum computer breaks down bits into subatomic quantum bits, or “qubits,” tiny objects that can be represented by either 1 or 0.

Want one? A more practical option may be to buy access to the machines in a sort of cloud sharing opportunity. IBM and Google have both announced that they will make quantum computers commercially available in the next few years — Google says five years. This means entities could subscribe to a piece of the power, or own their own.

Right now, smaller quantum computers are available, representing 10-15 qubits. However, the new blueprint, made available by an international team at theIon Quantum Technology Group at Sussex University in the UK, provides construction plans for larger machines with greater capabilities — the module-based plan can be built to the specifications needed, potentially to millions or billions of qubits. His team is currently building a quantum computer, and expects to be finished in two years. They decided to make the blueprint public so that scientists throughout the world can collaborate and further develop the technology.

“It is the Holy Grail of science, really, to build a quantum computer,” said Professor Winfried Hensinger. “Life will change completely. We will be able to do certain things we could never even dream of before.”