That's not how any of this works. 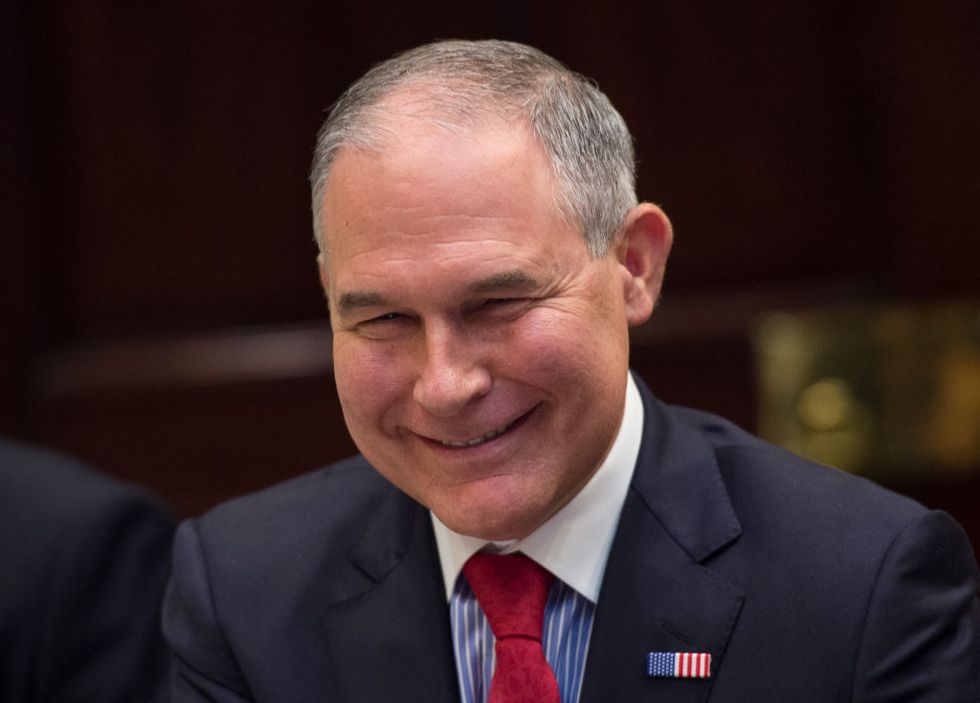 Since his appointment as head of the Environmental Protection Agency (EPA), Scott Pruitt garnered ire for his promotion of fossil fuels and rollbacks on pollution controls. Tuesday during an interview with KSNV, he explained his reasoning to the collective eyeroll of climate scientists and environmental activists alike.

We know humans have most flourished during times of warming trends. There are assumptions made that because the climate is warming that necessarily is a bad thing.”

While acknowledgment that global warming exists marks a step in the right direction, the assertion that it's not necessarily a bad thing is a leap backwards according to experts.

Pruitt once described himself as a "leading advocate against the EPA's activist agenda" in his bio on the Oklahoma Attorney General's website, the job he held prior to his appointment by President Donald Trump. His heading of the very agency he labeled an enemy was problematic from the start.

“Do we know what the ideal surface temperature should be in the year 2100 or year 2018?” Pruitt said during the same interview. “It’s fairly arrogant for us to think we know exactly what it should be in 2100.”

Trump EPA Administrator Scott Pruitt thinks that global warming can be a good thing. No, I’m not kidding. I wish I… https://t.co/hSFV3MKj1I
— Renato Mariotti (@Renato Mariotti) 1518096271.0

"Is global warming necessarily a bad thing? After all, it's caused by carbon, and roses and babies are made of carb… https://t.co/n62nLOUXHq
— Gregory Norminton (@Gregory Norminton) 1518102363.0