Elon Musk's New Start Up Wants to Wire Your Brain In 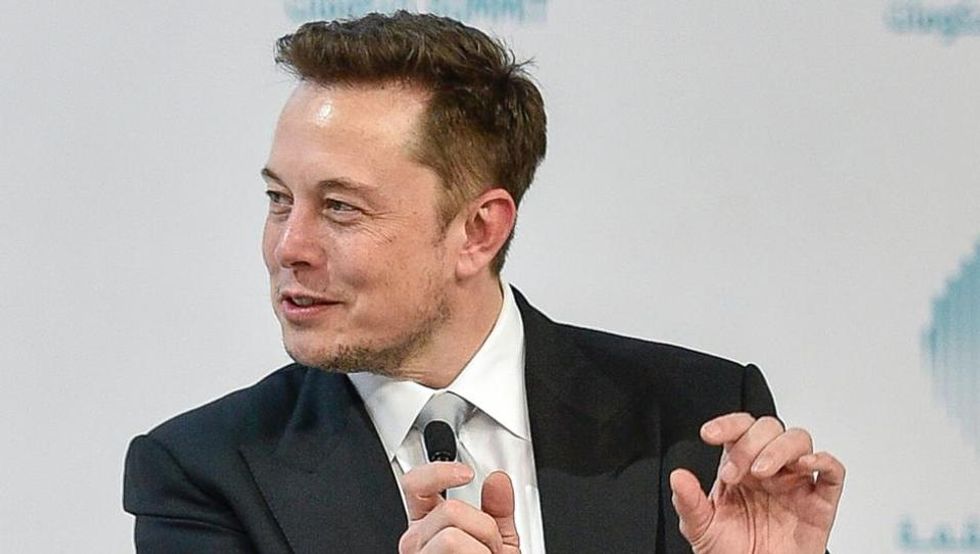 Elon Musk has plans to connect our brains to computers.

Neuralink, the Tesla and SpaceX CEO's new startup, will explore "neural lace" technology, the implanting of electrodes in the brain, to help human beings merge with software and keep pace with advancements in artificial intelligence. A wireless brain-computer interface would have the capacity to augment natural intelligence by downloading or uploading thoughts to or from a computer.

Neuralink was registered as a "medical research" company in California last July and does not yet have a public presence. While Musk has not made an official announcement, he confirmed via Twitter that there will be more news on Neuralink within the next week.

Long Neuralink piece coming out on @waitbutwhy in about a week. Difficult to dedicate the time, but existential risk is too high not to.
— Elon Musk (@Elon Musk) 1490675481.0

Musk has advocated for the technology concept before and has said a neural lace could work “well and symbiotically” with a human body. He cautioned that humans risk becoming obsolete without a neural lace to compete in a world transformed by artificial intelligence.

“I don’t love the idea of being a house cat, but what’s the solution? I think one of the solutions that seems maybe the best is to add an AI layer,” Musk said at last year's Code Conference. “Something I think is going to be quite important—I don’t know of a company that’s working on it seriously—is a neural lace.”

More recently, Musk told an audience at the World Government Summit in Dubai that he thinks "we will probably see a closer merger of biological intelligence and digital intelligence." He added that “it's mostly about the bandwidth, the speed of the connection between your brain and the digital version of yourself, particularly output."

Science fiction author Iain M. Banks first described the concept of a neural lace in his Culture novels, envisioning a mesh that would mold to a human brain and allow neurons to be programmed. Nearly 60 years ago, computer scientist J.C.R. Licklider expanded on a theory of “cooperative interaction between men and electronic computers.”

“The hope is that, in not too many years, human brains and computing machines will be coupled together very tightly,” Licklider wrote in Man-Computer Symbiosis, “and that the resulting partnership will think as no human brain has ever thought and process data in a way not approached by the information-handling machines we know today.”

A team led by Harvard University researcher Charles Lieber described a version  of the brain-computer interface in a paper published in Nature Nanotechnology in 2015. “We’re trying to blur the distinction between electronic circuits and neural circuits,” Lieber said at the time, describing a "flexible circuit" that could be injected into the brains of living mice to interact with their neurons. “We have to walk before we can run, but we think we can really revolutionize our ability to interface with the brain."