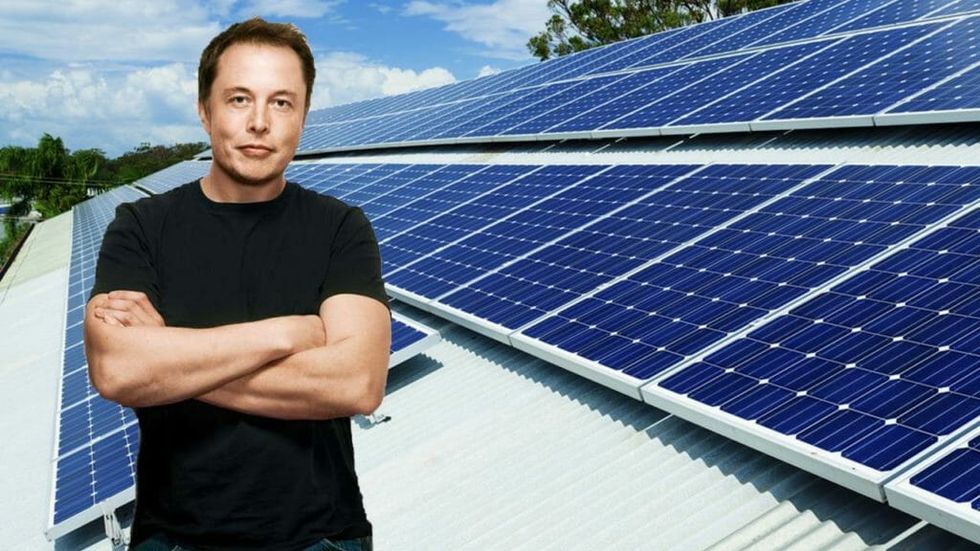 “The key is to make solar look good,” said Musk at the time. “We want you to call your neighbors over and say, ‘Check out this sweet roof.’”

Yesterday, Tesla and SolarCity shareholders voted in favor of the $2 billion deal. More than 85 percent of Tesla shares were voted in favor of the acquisition. As part of the merger, Tesla will absorb an estimated $3 billion of SolarCity's debt. Before the vote, Jeffrey Osborne, an analyst covering Tesla and SolarCity for Cowen & Co., said other analysts expected the deal would go through. “Every Tesla shareholder I’ve talked to has the view that a year from now, we won’t be talking about SolarCity’s cash needs — the solar-plus-storage story will be playing out," he said.

The roof, Musk said, will have the most efficient solar cells at the lowest price. “It’s looking quite promising that a solar roof will actually cost less than a normal roof before you even take the value of electricity into account," says Musk. "So the basic proposition would be ‘Would you like a roof that looks better than a normal roof, lasts twice as long, costs less and by the way generates electricity’ It’s like, why would you get anything else... Electricity is just a bonus."

SolarCity CEO Lyndon Rive confirmed that the companies aim for 40 cents a watt, a price which would put it in line with the competition, but the new shingles will be a premium product––at least when they first roll out. The terra cotta and slate roofs Tesla replicated are among the most costly roofing materials available, and they cost about 20 times more than asphalt shingles.

But Musk reassured shareholders that the price he is speaking to also factors in the cost of shipping these materials. Traditional roofing materials are brittle, bulkier, and much heavier. As a result, shipping costs are high, as is the quantity of materials lost to breakage. By contrast, the new tempered glass roof tiles weigh as little as a fifth of current products, making them easier to ship. Additionally, the tempered glass is “tough as steel,” and can withstand abuse from the elements. The glass can also be fitted with heating elements to melt snow, a boon for those living in colder climates. “It’s never going to wear out,” Musk said at the time. “It’s made of quartz. It has a quasi-infinite lifetime.”

When Musk first unveiled the tiles last month, the pricing details were "squishy." He said that anyone who buys a Tesla roof when the product rolls out next summer will save more money than someone who buys traditional roofing, including electricity from the grid. But the value of that electricity on a large house could exceed $100,000 over a long period of time. Musk's new targets are much cheaper and promising for the future of solar power.

The push into solar could run into complications under President-elect Donald Trump. In a research note dated November 9, Angelo Zino, an equity analyst at CFRA Research, wrote that a Trump presidency could negatively impact solar subsidies: "We believe a Trump presidency along with a Republican-led Congress poses significant risks to a potential reduction/elimination of the 30% ITC [Solar Investment Tax Credit], extended at the end of '15." Trump's history of climate change denial makes the future of solar subsidies an uncertain one.