The proposed Hyperloop would work by shooting pods through a vacuumed-sealed tube at speeds up to 700 mph. 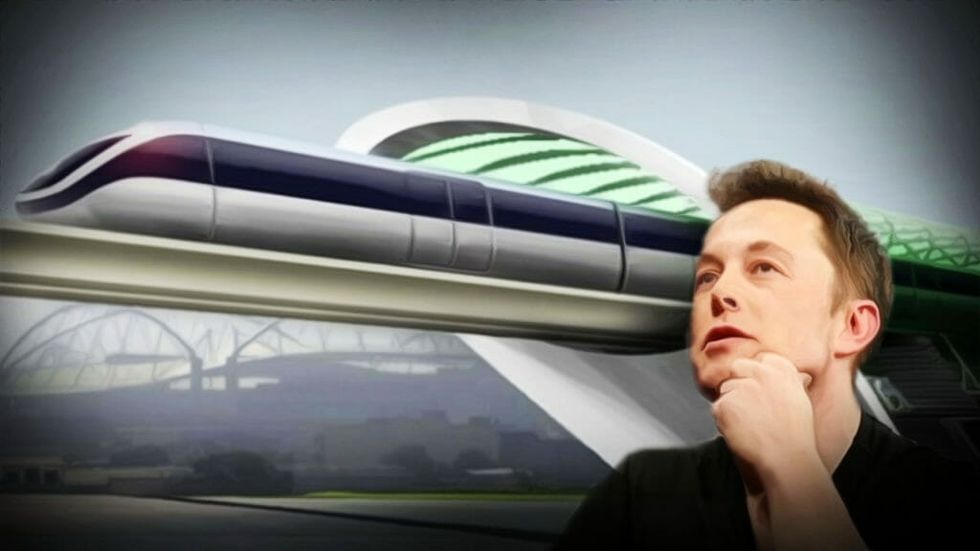 Yesterday, Tesla and SpaceX CEO Elon Musk said he received verbal approval from the United States government for his aptly named Boring Company to build an underground Hyperloop transit network connecting New York, Philadelphia, Baltimore and Washington D.C. The proposed Hyperloop would have stops connecting each city center, and a dozen more entry or exit elevators located within each city. It would work by shooting pods through a vacuumed-sealed tube at speeds up to 700 mph. Theoretically, travel from New York to Washington would take just 29 minutes.

Musk did not reveal who gave him approval. The U.S. Department of Transportation referred inquiries to the White House, which acknowledged Musk's tweet but did not provide additional details about a possible project.

"We have had promising conversations to date, are committed to transformative infrastructure projects, and believe our greatest solutions have often come from the ingenuity and drive of the private sector," a White House spokesman said.

LaToya Foster, a press secretary for D.C. Mayor Muriel Bowser said she had not heard of the project until reporters approached the mayor's office for comment.

"This is the first we’ve heard of it, but we can't wait to hear more," she said.

It's likely the project will require many more formal written approvals before it can proceed. Musk acknowledged this in another tweet to his followers.

Still a lot of work needed to receive formal approval, but am optimistic that will occur rapidly
— Elon Musk (@Elon Musk) 1500569138.0

Although Musk originally devised the concept for Hyperloop, he decided to open up development by outside interests because he said he did not have the time to mold it into a business all its own. It's also not clear at this time whether The Boring Company itself will develop the Hyperloop component of this project or if an outside partner like California tech company Hyperloop One will take the reins. Hyperloop One completed the first successful test of a Hyperloop system earlier this month; the pod only reached 70 mph and traveled for 5.3 seconds.

Last month, Musk announced that his tunnel-boring machine, dubbed Godot, had started digging underneath Los Angeles. Godot’s mission: to relieve congestion by building as many as 30 layers of tunnels beneath Interstate 105 in Los Angeles.

No longer waiting for Godot. It has begun boring and just completed the first segment of tunnel in LA.
— Elon Musk (@Elon Musk) 1498691357.0

While the details of the deal Musk negotiated with the city of Los Angeles are not immediately available, Musk did tweet about “promising conversations” with Los Angeles Mayor Eric Garcetti about securing the necessary permits and regulatory approvals he’d need to start digging with Godot. The machine with the Samuel Beckett-inspired name weighs roughly 1,200 tons and runs about 400 feet long and would need permits to dig beyond SpaceX’s parking lot.

Los Angeles is considering the addition of an express train that would travel between Los Angeles International Airport and Union Station––and Garcetti has proposed linking Musk’s tunnel system to support the rail connection, which would connect Los Angeles to its vast sprawl of suburbs.