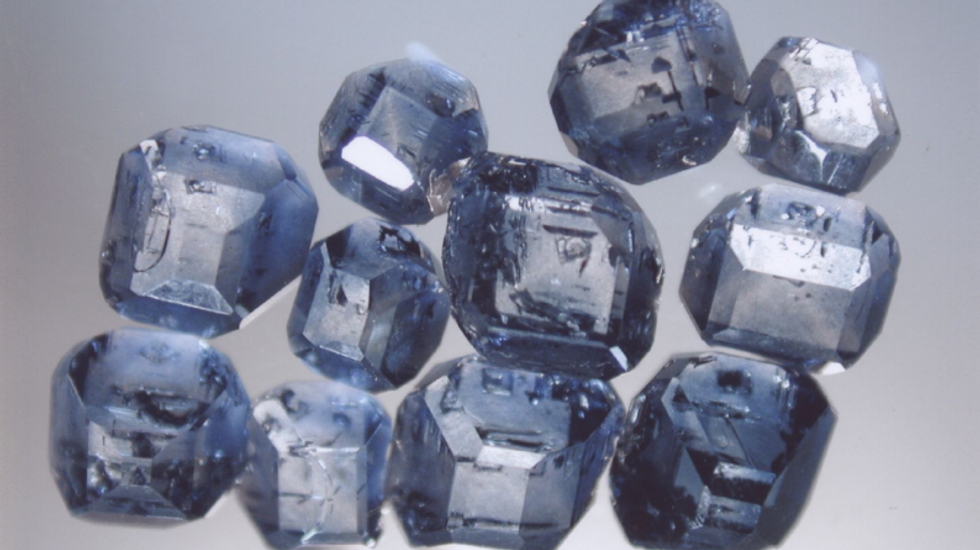 In the future, the cleanest source of energy could come from a dirty byproduct of today’s nuclear power industry. Scientists at the University of Bristol have created a super-charged diamond battery from compressed radioactive carbon-14 extracted from nuclear waste.

Man-made diamonds are made from highly compressed carbon — usually coal or graphite, although diamonds have also been made from the cremated remains of humans and animals. When the researchers compressed radioactive carbon material from graphite blocks used in nuclear power plants, the result was a diamond that emits a continuous electrical current while producing no emissions. In addition, it needs no maintenance or recharging, and can operate for thousands of years.

“By encapsulating radioactive material inside diamonds, we turn a long-term problem of nuclear waste into a nuclear-powered battery and a long-term supply of clean energy,” said Tom Scott from Bristol’s Cabot Institute. “There are a million tons of such graphite blocks around the world and this would be a great use for them, a use that would reduce their radioactivity and the cost to dispose of them. The cost to produce a diamond is a lot less than disposing of nuclear waste.”

But what about that radioactivity? It poses little threat; in fact, the amount of radiation emitted by the diamond battery is smaller than the amount that is naturally occurring in a banana. The radiation is held within the diamond by a coating of non-radioactive diamond material. Since diamond is the hardest material known, it is well protected. In addition, carbon-14 emits only short-range radiation, which is absorbed by any solid material.

At this point, the amount of power produced by a radioactive diamond is minimal; one diamond with one gram of carbon-14 would produce 15 Joules per day, less than an AA battery. However, with a life expectancy of thousands of years, these diamonds could find a place in devices that can’t easily be accessed for replacement, such as pacemakers and medical devices, or satellites and spacecraft.

The researchers presented their findings at the Annual “Ideas to Change the World” conference. They have asked the scientific community and the general public to go on Twitter to help source ideas for how the diamonds could be used, said Scott.

“There are so many possible uses that we’re asking the public to come up with suggestions of how they would utilize this technology by using #diamondbattery.”

In a world that is demanding more energy than ever, this idea has the potential to create safe power long into the future.