A study shows a significant decline in sperm counts in four western nations. 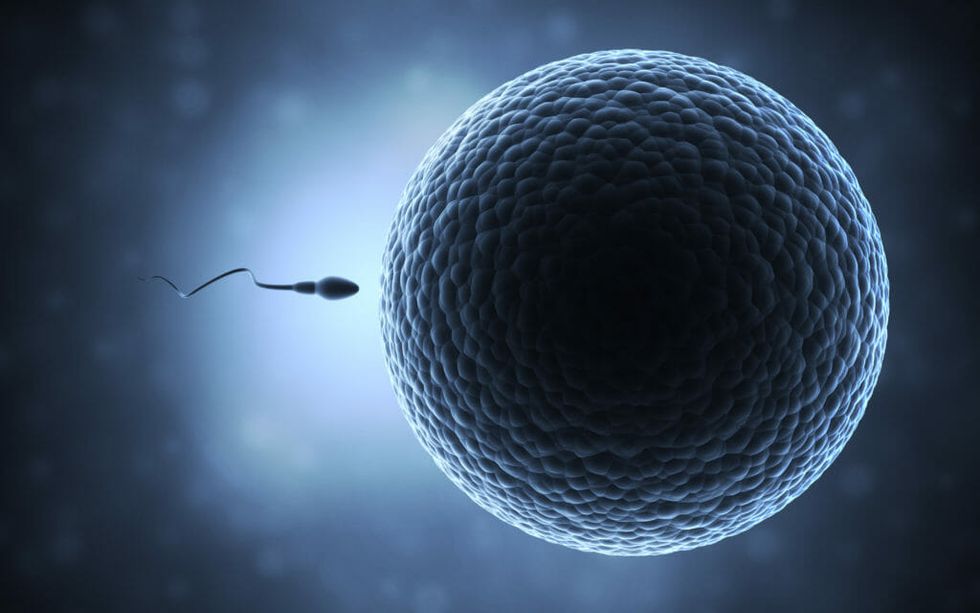 A newly publishedstudy in the Journal of Human Reproduction has some alarming news about sperm count in four industrial nations: North America, Europe, Australia and New Zealand. No decline of significance was seen in South America, Asia or Africa, although, as the researchers point out, not many studies of this kind have been conducted in those areas.

Researchers at the Hebrew University-Hadassah Braun School of Public Health and Community Medicine in Jerusalem analyzed data from 7,500 studies on men who did not undergo treatment for infertility between 1973 and 2011, totaling nearly 43,000 men.

They divided the studies into two fertility-defined groups: men “unselected by fertility status,” meaning they were unlikely to be aware of their fertility but were screened via military service or other tests; and fertile men, those known to have helped conceive a pregnancy.

The study authors claim declining sperm count is “of considerable public health importance” for a number of reasons. First, and most obvious, sperm count is an indicator of male fertility, and one of the key components of semen analysis. Considering that of the approximately 15% of Americans with fertility problems, 50% of these problems are related to male fertility issues, this also has an economic effect for heterosexual couples who invest in fertility treatments to conceive a child. Second, the authors explain, reduced sperm count is a predictor of mortality, and is associated with testicular disorders and testicular cancer. Lastly, sperm count and other semen parameters have been linked to environmental influences, including endocrine disrupting chemicals, pesticides, heat, noise and lifestyle factors, including diet.

“This study is an urgent wake-up call for researchers and health authorities around the world to investigate the causes of the sharp ongoing drop in sperm count,”said co-lead author, Hagai Levine, an epidemiologist, public health physician and faculty member of the Braun School of Public Health and Community Medicine.

Responses in the sexual medicine community have ranged from crying impending apocalypse to shrugging off the results as insufficient.

Dr. Paul Gittens, Director of the Centers for Sexual Medicine in Philadelphia and New York finds himself in the middle, neither outright panicked but definitely paying attention, though he admits “this data has sent shockwaves through our fertility world.” He points out that a similar paper was published in the 1970s that showed sperm counts had decreased “and there was this big sperm apocalypse, but then things settled down and we continued to reproduce.”

Gittens points out that there are a number of reasons—hormonal, genetic and environmental—for lowered sperm counts. “Which of these factors has caused the decline at this point is a mystery, but it could also be a combination of them.”

Gittens cites environmental factors, as well, since some studies do link pollutants and pesticides to lowered sperm counts, though this study did not control for those variables.

Another factor, Gittens says, that isn’t even mentioned in the study is that reduced sperm count may be an issue that starts in utero, due to the influence of endocrine-disrupting chemicals in the environment, or in the plastic used to house food and drinks. “The male reproductive tract develops by the end of the first trimester,” he says. That’s why there’s been a significant push in recent years to get pregnant women and babies to stop drinking from bottles made withBisphenol A (BPA), a kind of plastic shown to mimic estrogen in the human body, disrupting biological processes, and potentially contributing to cancer.

Dr. Brian Levine, a reproductive endocrinologist with the Colorado Center for Reproductive Medicine (CCRM) in New York tells Second Nexus, “I think this [study] is a red flag, but we need to know more.”

He is bothered by the fact that the study only assesses one of three parameters for determining fertility: sperm count. “When you look at semen analysis you look at count, the number of sperm, morphology, the shape of the sperm, and motility, how well they’re swimming.” Without data on the other parameters, he says it’s hard to make a call what the data means. “That’s like asking to make a recommendation of someone’s fertility with just one parameter.”

What does give him pause is that the study was not done on an infertile population. “So you have to think what’s going on? Something going awry is causing this, and what are those factors?”

There is another possibility, he adds. “I bet our quality of measurements are much better than they used to be. You could just be looking at errors in how we assess sperm counts.” This could also account for why the decrease shows up in these wealthier nations. “They’re the ones that do the best research.”

Gittens also looks to lifestyle factors as possibilities, such as people having children later in life, as well as how we exercise—more intensely or not at all, and how we eat—adding in more processed food than our ancestors—all must be taken into consideration. In his clinical practice, when working with infertile men, he always begins by having them make lifestyle changes to the things that are known to contribute to low sperm count, such as quitting drugs and alcohol, possibly losing weight if obese, and adding in antioxidants. And not every man is going to be vulnerable to the same factors for infertility. “We have to figure out who those vulnerable individuals are, that’s the key,” he says.

Regardless of his doubts about the study’s conclusiveness, he does think the fertility community should pay attention to this research. “More work needs to be done but the important fact is that something that should not be overlooked. We should take these studies seriously and confirm them, but do what we can to eliminate possible risk factors.”