A child’s HIV is in remission without medication. Could this mean we are closer to a cure? 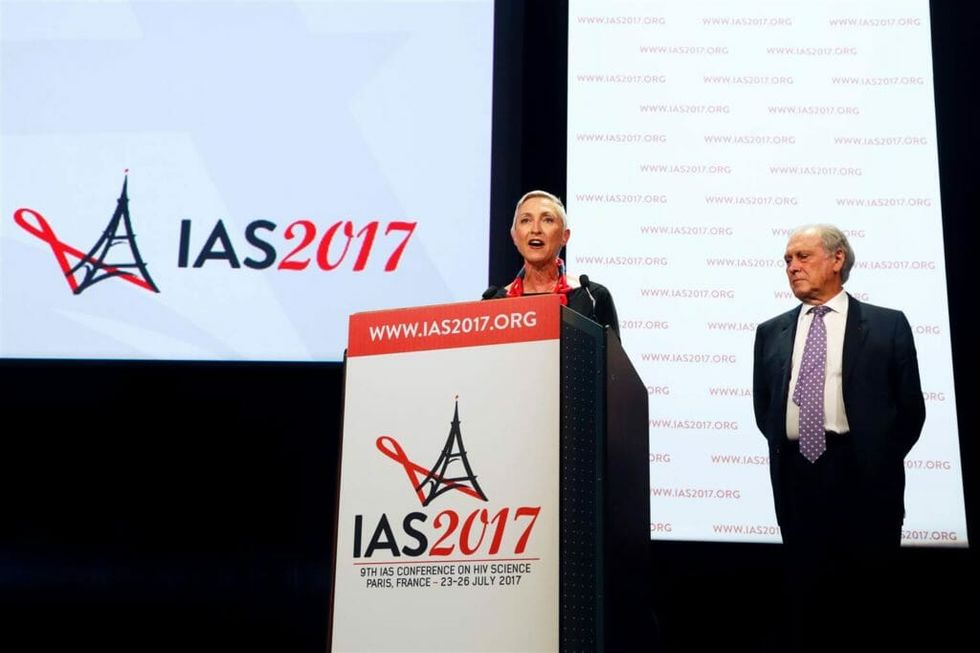 On the opening day of the 2017International AIDS Conference in Paris, researchers presented a stunning case: a 9-year-old South African child who had been born with HIV wasnow free of the infection. The child, who remains unnamed to protect confidentiality, was part of a trial of 143 babies with HIV all given 40 weeks of antiretroviral medication beginning at 32 days old. By 40 weeks, the baby’s immune system did not show any symptoms of HIV and was the only child to exhibit such results.

Researchers were cautiously optimistic as this result harked back to the brief success of the “Mississippi Baby,” who had been treated for HIV infection after her birth in 2010 until 18 months old. A year after stopping the medication, they still could not detect the HIV virus in her blood. But their celebrations were short-lived. By 2014, the virus had rebounded, as it often does. The South African child, in contrast, remains HIV free almost a decade later.

The US Department of Health and Human Servicesrecommends that all HIV-infected babies be treated with antiretroviral (ARV) drugs after birth if their mothers are HIV positive, or if levels of the virus are detectable in their blood. They typically must receive these treatments for the rest of their lives. The problem is that these treatments, while life-saving, can have negative side effects that affect children’s health in other ways ranging from nausea and diarrhea to mouth and throat problems and body aches.

Thus, the South African child’s case poses great promise if researchers can understand why their immune system responded so favorably.

“Further study is needed to learn how to induce long-term HIV remission in infected babies,” warned Fauci. “However, this new case strengthens our hope that by treating HIV-infected children for a brief period beginning in infancy, we may be able to spare them the burden of lifelong therapy and the health consequences of long-term immune activation typically associated with HIV disease.”

Some researchers hope this case can offer answers to the mystery of HIV, which is a retrovirus, a small but deadly class of viruses.

“The definition of a retrovirus is it has ability to insert itself into genes of host cell via an enzyme,” Jonathan “Josh” Bloom, Director of Chemical and Pharmaceutical Sciences with the American Council on Science and Health, which is funded by private donations tells Second Nexus. In other words, the virus itself “becomes part of the human genome.” The infected cells end up with a different genome than the one they were born with. “With flu or cold this doesn’t happen.”

What makes this child’s situation so unusual is that it’s highly unlikely for HIV to go completely away without eventual rebound. Bloom has never heard of a case where the virus went away and stayed away without a daily drug cocktail. “That would be a cure,” he says. Instead, HIV has diminished thanks to pharmaceutical breakthroughs since the 1990s. Most people can take a two-drug punch known as Truvada, sold by the pharmaceutical company Gilead—which is delivered for free to Africa, site of the world’s most serious AIDS epidemic—or a three-drug combo, both of which Bloom calls “very effective.” Based on his knowledge and research, he is suspicious that the child who is now free of HIV is anything more than an isolated case that is “interesting but probably not medically important.”

In the 36 years since AIDS began to devastate populations, and in the decades researchers have been working on vaccines and immunotherapies, “everything has been a bomb,” he says. The only successful treatments are the antiretroviral drugs that force the virus underground. “The most important thing to realize is that the drugs that are out there are almost miracles. They do things you would have put in a funny farm for even mentioning 25 years ago. No one could have predicted how well these meds would work,” Bloom says. They work so well that if taken properly, they prevent transmission of HIV without a physical barrier, such as a condom, almost 100% of the time. Of course this has been led to a resurgence in sexually transmitted infections like gonorrhea and syphilis, but that’s a secondary problem.

He surmises that “If AIDS ever leaves the planet…," it will not be due to a miracle cure, but “because there are enough antiretrovirals that people stop spreading it.”

He allows one possibility, however, that perhaps the antiretroviral therapy (ART) was administered before the infection had a chance to establish the reservoirs that are one of HIV’s signatures. “Maybe it’s possible that the virus wasn’t established yet well enough inside the baby to the point where it had a reservoir. In that case it’s possible the virus could be completely cured.”

Dr. Mark Cotton, professor of pediatrics at Stellenbosch University in South Africa, who co-led the study on the child, said they believe the child’s white blood cells may lack an HIV receptor, which could explain why the virus was unable to infect the blood cells. However, they don’t yet understand enough about this kind of genetic mutation to know for sure. More research will be necessary.

“That could be a signal of something we don’t understand but might become a target for future treatments,” Cotton said.

Bloom is not holding his breath. “I don’t really think it’s relevant to most people. It’s important to protect fetuses [from maternal transmission] and adults, and not to transmit the virus—this is all possible now; that’s the big story. If there’s an outlier it’s more general news than real science.”

Henna Hundal, a student at Harvard University who works in stem cell biology and has a background in HIV research in the laboratory and the public health sphere, takes a similarly skeptical stance. “Even when [HIV loads] decrease to low detectable limits, that doesn’t mean the body is rid of HIV. That’s because of this latent HIV1 reservoir,” she tells Second Nexus. HIV changes the genes of cells, but some of these “infected” cells hide latently, that is, dormant but still bearing the genetic code for HIV, known as a reservoir. Tests can’t detect infection in these cells, but without ART, HIV will reappear.

A compelling area of research, she says, is figuring out how to reactivate latent HIV1 cells, essentially driving them out of hiding, so that the antiretrovirals can then do their work.

“Now we know the questions to ask. During the 1990s when antiretroviral therapies were developed, HIV presented so many challenges to understand. Now, a lot of researchers would say we’re at a point where we’ve learned more about HIV than any other virus,” she says. That makes her “cautiously optimistic about a cure.” However, she says she has “reservations about using one or two cases” such as the South African child, in which they deliver large loads of antiretrovirals early on and call it a cure. “Those are few and far between and we are still seeing viral rebound.”

Indeed, people live with HIV in much the same way people live with chronic autoimmune disease. Bloom refers to HIV/AIDS as a “chronic manageable condition” so long as people keep taking their medications. To put it in perspective, when the AIDS epidemic struck in the 1980s and 1990s, Bloom explains that people were dying in just a couple years of  “gruesome deaths, like something out of science fiction.”

Now, however, the expected lifespan of a 20-something man who is taking his medications is 76 years, according to Bloom. “This is probably the most significant medical and pharmaceutical accomplishment in the history of the world,” he says.

According to a study inFuture Medicine, “30 years ago, it was unthinkable for HIV-1-positive individuals to have a life expectancy above a decade. With the development of antiretroviral therapy (ART), the mortality and morbidity associated with HIV-1 infection have been successfully reduced although [approximately] 35 million people remain infected with HIV-1.”

Regardless, the South African child offers up another avenue to pursue, if not a cure. Even study author Cotton agrees that it’s premature to deem the child “cured.” “Our 9-year old child is adding a little bit more to the picture as one tries to puzzle the complexity of human beings and HIV. It’s on the pathway to a cure but we don’t know how long it will take.”