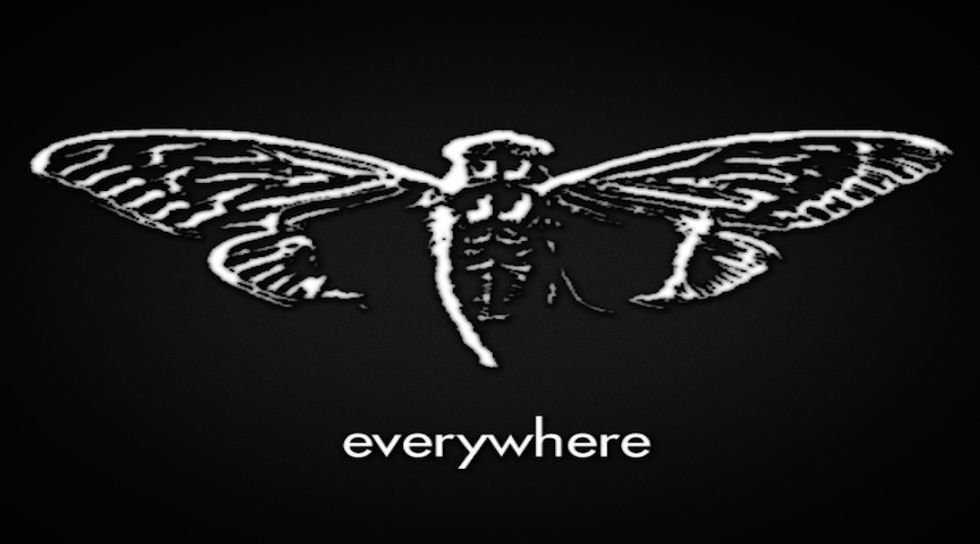 Treasure hunts are no longer just for the likes of Indiana Jones or a Dan Brown character. A new breed of digital scavenger hunts has popped up over the last three years from a mysterious online organization calling itself Cicada 3301.

According to The Independent, “Cicada 3301 (the name given to both the scavenger hunt and the unknown organization responsible for the puzzles) first began in January 4, 2012, baffling participants with a series of puzzles and codes spread across the internet and various locations worldwide.”

Cicada’s first message appeared on Reddit. “Hello,” it read. “We are looking for highly intelligent individuals. To find them, we have devised a test. There is a message hidden in this image. Find it, and it will lead you on the road to finding us. We look forward to meeting the few that will make it all the way through. Good luck.” The communiqué was signed: "3301”.

Hackers, cryptologists and stenographers pounced. They began to crowdsource clues and theories. The veritable rabbit hole of a journey included messages hidden with the text of the original post that could only unlocked by steganography software, requiring deciphering ancient texts, knowledge of Mayan numbers, and even investigations into portals to the “darknet” and physical locations offline.

There has been a slew of theories regarding the mysterious organization.

The Telegraph mused, “Depending on who you listen to, it’s either a mysterious secret society, a statement by a new political think tank, or an arcane recruitment drive by some quasi-military body. Which means, of course, everyone thinks it’s the CIA.” This wouldn’t be the first time the United States’ has challenged amature codebreakers. In 2010, the Air Force Cyber Command (Cybercom), based at Fort Meade, Maryland, embedded a code in their new logo. It only took the Internet three hours to crack it.

There are a few clues to discern from the organization’s name alone. There is a link between the cicada insect and the number 3301. Cicadas have developed a unique life cycle to cope with predators; according to National Geographic, they remain underground ground for 13 or 17 years before emerging again. Similarly, 3301 is a prime number, divisible only by 1 and itself.

Many believe the efforts to be too widely organized and far spread to be the work of a practical joke, considering flyers with a Cicada 3301 QR code went up in cities from Miami to Warsaw. The Telegraph reported that the 2012 puzzle even lead one contestant to “the cyberpunk writer William Gibson – specifically his 1992 poem ‘Agrippa’ (a book of the dead), infamous for the fact that it was only published on a 3.5in floppy disk, and was programmed to erase itself after being read once.” The lucky few able to decode the first puzzle were led to a website with the following message: "Hello. We have now found the individuals we sought. Thus our month-long journey ends. For now." Then the webpage disappeared with a simple message for Cicada hopefuls: "We want the best, not the followers." With that, the 2012 challenge came to a screeching halt, long before many people reached the finish line.

Nearly a year later, Cicada 3301 emerged again with a

new breadcrumbs for the next journey in 2013 (pictured left) and again in 2014 (pictured right).

In 2013, exactly one year and a day after the original puzzle went live, Cicada challenged the web again. CBS News reported “Just like the previous year, a similar trail of clues were revealed after the initial image appeared on 4chan, including a sequence of prime numbers, an audio file and a mysterious Twitter account tweeting coded messages.”

This year the challenge involved passages from an English occultist and magician Aleister Crowley, recordings of the sounds of cicadas, ancient Hebrew code tables and, again, forays into the darknet. The Telegraph suggested that “[a]nother select group of "first solvers" have been accepted into a new ‘private’ puzzle – this time, say reports, a kind of Myers-Briggs multiple-choice personality test.” Only those lucky few who received an email have presumably been inducted into the Internet’s most secret society, but no one’s spoken out about their experiences.

Because the origins of the creators and puzzle winners remain enigmatic, the Internet is left with even more puzzling questions than Cicada 3301 put out. Who have they recruited? To what end? Joel Eriksson, cyber sleuth and Cicada 3301 hopeful said, “I don't think that Cicada 3301 would reveal everything about themselves directly—or at all. They would probably only reveal their purpose or their ideology, and what they expect from you as a part of the group, and then use anonymous means of communication to keep their identity hidden."

With the new year behind us, there may be a new quest on the horizon. If you’re interested in joining the hunt, it's time to sharpen your code breaking skills and dip your toes into the dark web before yet another scavenger hunt hits the web. Keep tabs on the latest developments in real time on the Uncovering Cicada 3301 Wikipedia page. However, should no puzzle emerge from this year, remember that the cicada lies periodically dormant for a number of years, and that the organization will likely emerge again.