High-speed technology could make travel faster than ever. It will also make warfare deadlier. 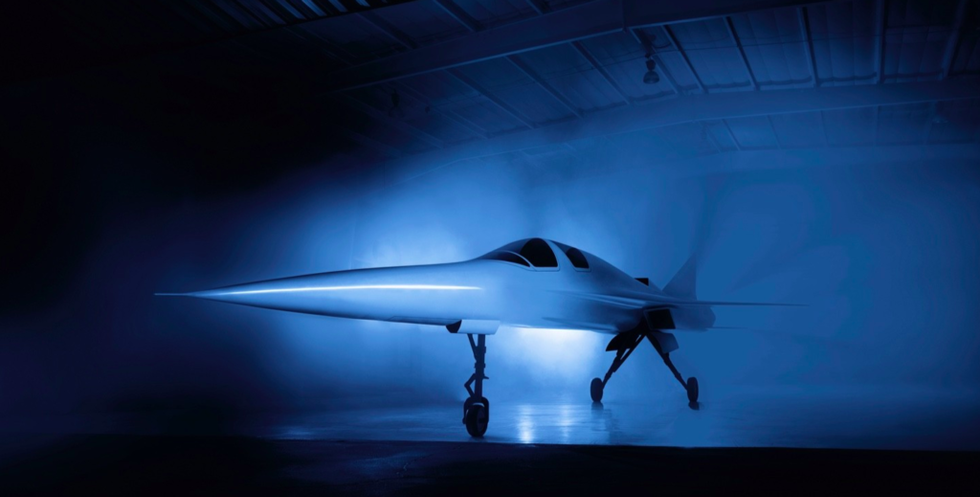 As the world gets smaller and more tightly interconnected, high-speed travel may be making a comeback. Boom, a Colorado-based company, plans to bring back the supersonic jet by 2023. The company says a London to New York ticket will cost about the same as a business class ticket for a flight that takes just 3 hours 15 minutes. With a planned cruising speed of 1,451 mph, the plane is almost 100 mph faster than the Concorde, the iconic high-speed passenger jet that met its end when high oil prices and a crash in 2000 took the company down.

Elon Musk’s Hyperloop, a high-speed, futuristic transport system that moves magnetically levitated passenger pods at high-speeds through a network of tubes, is getting closer to reality. Several firms are now testing equipment and setting up routes in the U.S. and beyond. “It’s happening far faster than I would have ever expected, and it’s happening all over the world,” said David Goldsmith, a transportation researcher at Virginia Tech.

Researchers in China have tested a hypersonic jet that travels at speeds of Mach 7, or 5,600 miles per hour, according to a paper published in the Chinese journal Physics, Mechanics and Astronomy. At that speed—which is five times the speed of sound—the distance between New York and China can be crossed in just two hours.

However, some worry that China’s need for speed has less to do with travel than with warfare. U.S. Admiral Harry Harris, who was recently tapped as ambassador to Australia, warned Congress in February that China is preparing to lead the global hypersonic arms race. Hypersonic missiles, which are long-range and highly precise, would nullify current air defenses through superior speed alone.

“Judging by China’s regional behavior I am concerned that China will now work to undermine the rules-based international order, not just in the Indo-Pacific but on a global scale,” he told the House armed services committee. “If the US does not keep pace [Pacific Command] will struggle to compete with the People’s Liberation Army on future battlefields.”

China isn’t the only country with a need for speed. Russia says it has tested a Kinzhal hypersonic missile that can carry a warhead and is capable of reaching the U.S. The ministry said that, due to the high flight characteristics of the MiG-31 aircraft and advanced high-maneuverable hypersonic technology, "the Kinzhal has no analogues in the world.” The Kinzhal is said to travel at 10 times the speed of sound and have a range of 1,200 miles.

"Russia still has the greatest nuclear potential in the world, but nobody listened to us," said Vladimir Putin. "Listen now."

U.S. officials downplayed the comments as "election rhetoric" ahead of Russia's presidential vote on March 18. As part of his annual state of the nation speech on 1 March, Putin played a video graphic that appeared to show missiles raining down on the state of Florida. Footage of the Kinzhal missile, which allegedly hit its target, is blurry and incomplete. U.S. Defense Secretary James Mattis expressed doubt that Russia had developed such an advanced weapon.

Just in case, though, the U.S. is at work on its own hypersonic capabilities. The Defense Advanced Research Projects Agency (DARPA) has also advised the Missile Defense Agency (MDA) on ways to protect against hypersonics as part of its ballistic missile defense review. Any defensive tactics against hypersonic weapons would themselves need to operate at hypersonic speeds. In other words, the next arms race is not so much about nuclear capabilities, but about speed.

“We were called in more than a year ago to help inform them on what this hypersonics thing is all about,” said DARPA Defense Director Steven Walker. “And we did go over and give them all of our data, data from previous hypersonics programs we have done. We have a good relationship, I’ll say, with the intel community in the U.S. in this space, and so we were able to give MDA a lot of the information about what’s going on elsewhere, including what we’re doing. And so I think that was a good springboard for them into the missile defense review and other work that they’re doing to look at defending against hypersonics.”

France and India are also at work developing hypersonics, which not only fly at incredibly high speeds but travel at low altitudes, making it difficult for radar to track and for defensive systems to target. In other words, if defenses are useless, everyone wants the ability to make a counterstrike.

“We very much acknowledge that we’re in a competition with countries like China and Russia,” said Walker.

The development of hypersonic weapons has the potential to destabilize relationships across the globe. James Acton, co-director of the Nuclear Policy Program and a senior fellow at the Carnegie Endowment for International Peace, called Putin’s remarks “really, really bad” on Twitter.

“[They] make arms control a lot harder. They make an arms race a lot more likely. They feed a more antagonistic relationship. And that, in turn, makes crisis and conflict and ultimately nuclear use more likely. So people are going to focus on yet more ways that Russians can kill Americans,” he said. “That’s right ultimately, but not because they don’t already have the ability to do it anyway. It’s because these systems make managing US-Russian strategic relations harder, and makes a breakdown in deterrence — i.e., nuclear war — more likely.”

-High-speed technology could make travel faster than ever. It will also make warfare deadlier.