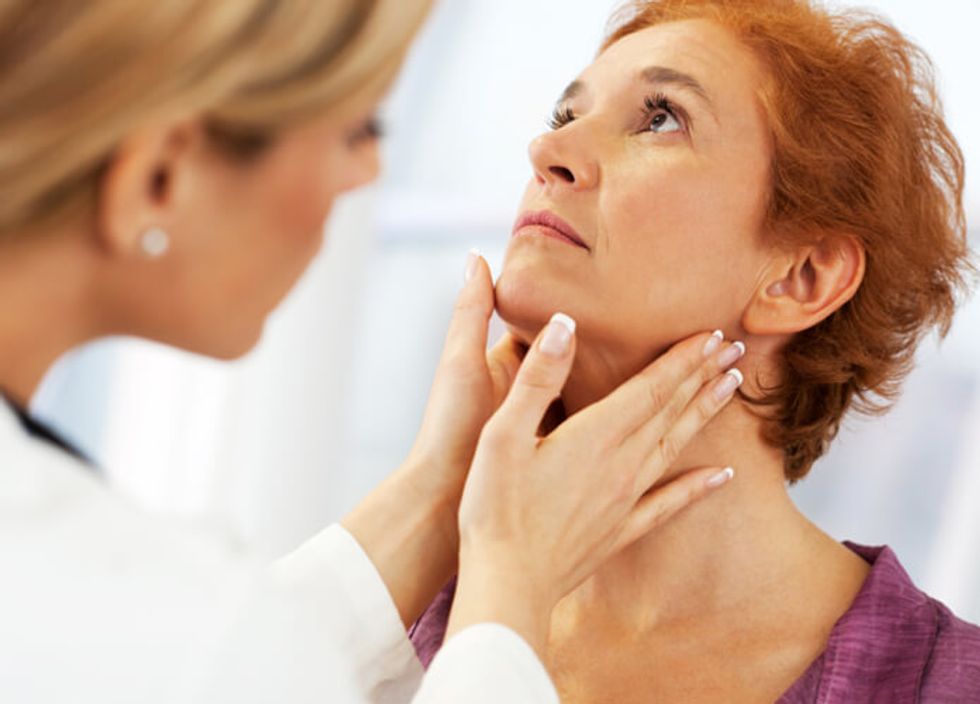 A new study has reported that the early stages of one type of cancer can be detected with a simple blood test. Led by researcher Dennis Lo, professor of chemical pathology at the Chinese University of Hong Kong, the study tested the blood of 20,000 middle-aged Chinese men for nasopharyngeal carcinoma — a cancer of the upper throat commonly found in Asians and Pacific Islanders — and then followed their physical health for three years.

The blood test, also known as a liquid biopsy, looked for small traces of tumor DNA in blood samples drawn from men who were not exhibiting nor experiencing any cancer symptoms. The Hong Kong study, published in the New England Journal of Medicine, successfully identified nasopharyngeal carcinoma in 34 men who otherwise were unaware they had cancer.

The absence of symptoms is typical in the early stages of many cancers, which is why early detection is both crucial yet difficult to achieve. People usually don’t see a doctor until they feel thoroughly sick, but by this point any existing cancer has grown and spread, and survival rates are less promising.

What is unique about nasopharyngeal carcinoma is that its development is linked to the Epstein-Barr virus, and each tumor cell of this particular throat cancer carries the virus’ genome. Research shows that dying tumor cells shed small traces of their DNA into the bloodstream, even in the early stages of cancer, and this is what the Hong Kong team looked for in their study.

In 2013, Lo and his team of doctors began the study with the aid of the Chinese University of Hong Kong, using a simple, inexpensive genetic blood test. They searched for traces of the virus, which would then indicate the possibility of cancer. One in 10 men who tested positive for the virus were found to have nasopharyngeal carcinoma, and of the more than 19,000 men who tested negative, only one individual has since developed the disease.

The Search for a Pan-Cancer Blood Test

While the Hong Kong study adds evidence to other existing studies that prove liquid biopsies do work, not all cancer-seeking blood screenings are as simple, effective or affordable. The presence of the virus in tumor cells made nasopharyngeal carcinoma both easy and cheap to find in comparison. In addition, the Hong Kong blood test is limited to detecting only one of 200 types of cancers.

A research team at Johns Hopkins Sidney Kimmel Comprehensive Cancer Center has also developed a blood test to detect early-stage cancer, and in their case they were able to look for and detect four common types of cancer: colon, breast, lung and ovarian. But the cost and time-consuming complexity of their blood test at this time prohibits widespread and affordable commercial use. According to Lo, the Hong Kong blood test isn’t ready for commercial use either.

But nonetheless, commercial interest for cancer screening tests are on the rise with many biomedical companies, including U.S. based company Grail, which has raised more than $1 billion in their pursuit of an all-in-one “pan-cancer” blood test. Creating such a test is an incredible challenge, as it would be far more difficult than testing just for one or even a handful of cancer types. With no virus to detect, Grail is instead using high-speed sequencers to search with an all-encompassing wide net for nuanced mutations in a person’s DNA.

Unfortunately, Grail’s process is both difficult and costly - to the tune of $1,000 per blood sample. The Hong Kong blood test for nasopharyngeal carcinoma costs only $30, but that is largely due to the easier detection of the virus. The overall hope is that with time and further research, more tests will be developed that can detect a wider-range of cancers, and costs will go down. One day, a simple drop of blood could tell us all we need to know to defeat cancer.