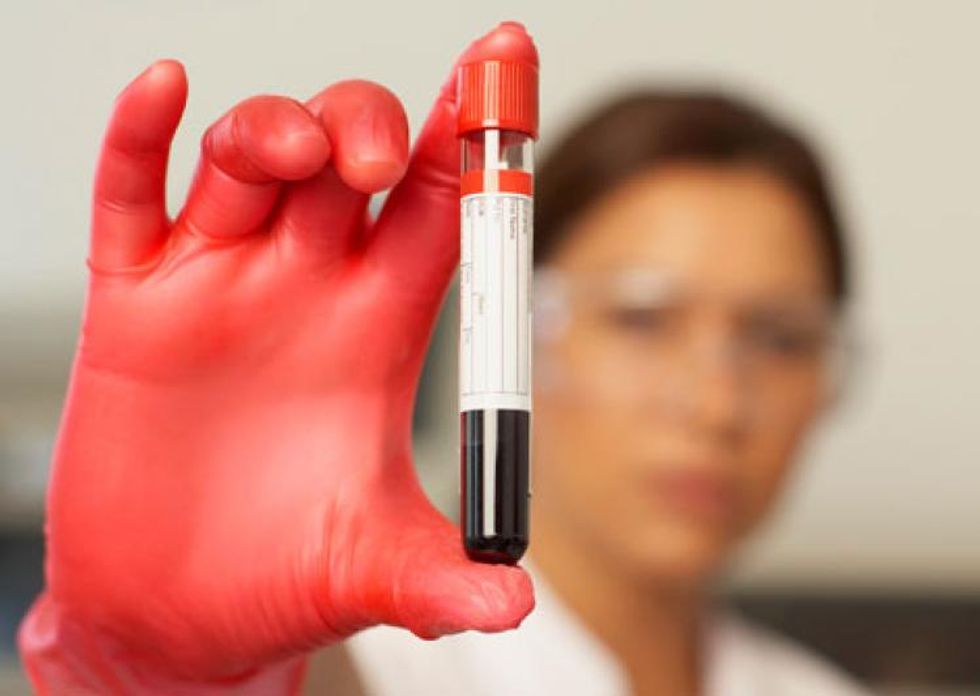 A team of scientists at the Johns Hopkins Sidney Kimmel Comprehensive Cancer Center are developing a new noninvasive blood test to detect early-stage cancer, long before symptoms occur. They recently published their findings after an initial study of 200 patients.

According to the report, early detection is pivotal in reducing and preventing the death of the 14 million people diagnosed with cancer worldwide each year. It goes on to say: “Much of morbidity and mortality in human cancer is related to the late diagnosis of this disease, where surgical and pharmacologic therapies are less effective.”

In 2015, cancer was the second leading cause of death in the United States with 595,930 recorded cases. Heart disease, the number one cause of death, claimed only 38,000 more lives than cancer. Chronic lower respiratory disease trailed behind as a distant third with 155,041 cases.

Unless a patient is at high risk for cancer and has sufficient medical coverage for regular screenings, cancer is usually detected and diagnosed only after the early-stages, when the patient begins experiencing symptoms and is seen by a doctor. By this time the cancer cells have already begun to spread, and the patient’s chance of survival and recovery significantly decreases.

For example, pancreatic cancer is known as a silent killer, with no discernible signs or symptoms until it has already developed well into the late stages. Even then, the symptoms are often and easily confused with other conditions. Consequently, pancreatic cancer has a very low survival rate, making it the fourth most common cause of cancer-related death.

While testing for cancer is important, especially for those at high risk due to age, heredity, or exposure, current cancer detection methods themselves pose certain risks.  Typical screening methods for common types of cancer include the following:

Screenings for four of the biggest cancers — breast, colon, lung, ovarian — require X-ray imaging or invasive surgical procedures, such as painful biopsies, that entail discomfort and the possibilities of health risk, false-positive results, overdiagnosis, and overtreatment.

The scientists at Johns Hopkins hope to change all of that with their development of a better, painless testing method capable of detecting early-stage cancer, without all the risks.

Traces of Tumor DNA in a Drop of Blood

The new test is a type of liquid biopsy, which is an easy, noninvasive extraction of a small 5-mL blood sample for the purpose of discovering information about a tumor. Research has found that dying tumor cells shed small traces of their DNA into the bloodstream, and this is what the Johns Hopkins team looked for in their study using genome sequencing.

While oncology already uses several liquid biopsies to track the effectiveness of cancer treatments administered to patients, these previous generation tests do not work as well for initial detection and early-stage diagnosis because they lack the sensitivity to detect the minute traces released by small, early-stage tumors.

Johns Hopkins graduate student Jillian Phallen, who participated in the research, says the new screening test addresses these limitations. The test is specifically designed to detect the presence of cancer while avoiding false positive results. In the study, the test identified 62% of 138 people with Stage I or Stage II colon, breast, lung, or ovarian cancer. None of the blood samples from 44 healthy individuals resulted in a false positive.

Changing the Future of Cancer Screening and Prevention

Dr. Victor Velculescu, professor of oncology at the Johns Hopkins Kimmel Cancer Center, believes the results of this initial study are very promising for the test’s future development as a viable screening for cancer. “This study shows that identifying cancer early using DNA changes in the blood is feasible and that our high accuracy sequencing method is a promising approach to achieve this goal,” says Velculescu.

The test uses a genomic sequencing process that is very complicated and time-consuming, says Velculescu, and is currently too costly to be a standardized test for cancer. But he adds that time and cost will decrease with further studies and development in sequencing technology. He believes that those at high risk for cancer, including smokers and women with hereditary mutations, would most benefit from this new test.

But the new blood test itself has a long road to go before doctors can use it to screen for cancer. Further studies with larger test groups are first needed to both improve accuracy and validate methodology. Even then, the U.S. Food and Drug Administration, which has in the past been skeptical of liquid biopsies claiming to diagnose symptomless diseases, will need to approve the test.

And you can read the full John Hopkins research article HERE.