Imagine Never Having to Charge Your Phone Again 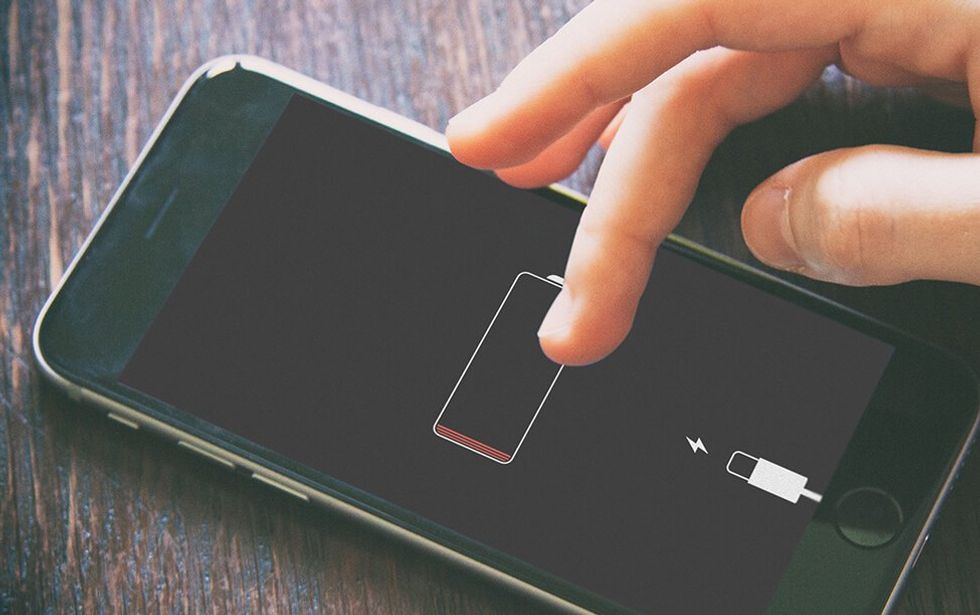 Life with a smartphone means a never-ending search for more power. Recharging our phones is a constant concern, especially for people who travel or work away from an outlet. We cross our fingers we will make it to the end of the day, or at least till our next charging opportunity. Also, the older the phone or battery, the more frequently it needs a top off. Now, researchers have developed a cell phone that recharges itself by harvesting ambient radio signals and light — no battery needed. In other words, this phone will never run out of power.

The phone operates using analog backscatter technology, a Cold War-era technology that captures ambient radio waves moving through the environment. Earlier prototypes involved the collection of digital signals, but they weren’t strong enough to power a phone. The simpler, analog radio wave technology, however, gathers a greater amount of energy — enough to then send digital signals to a base station. It can then connect to the digital network via Skype.

“The key idea behind backscatter is that instead of generating your own signal for communication, which is extremely power-hungry and drains the battery, we leverage existing ambient RF signals,” researcher VamsiTalla said. “Backscatter works by either reflecting or absorbing existing RF signals, like a mirror. [This method] consumes 1,000-10,000 times less power than generating signals.”

“We’ve built what we believe is the first functioning cell phone that consumes almost zero power,” said co-author Shyam Gollakota, an associate professor in the Paul G. Allen School of Computer Science & Engineering at the University of Washington. “To achieve the really, really low power consumption that you need to run a phone by harvesting energy from the environment, we had to fundamentally rethink how these devices are designed.”

To make a call using the phone, users need to push a button to speak, then pause and listen to the person on the other end of the line, similar to walkie-talkie technology. It’s primitive, but it is also the first step in a development process that could ultimately lead to an entirely new type of phone or an add-on capability that would allow battery-powered phones to operate on an emergency basis when the battery runs down.

The technology is still in its earliest stages of development. Right now, the researchers are able to connect with a base station that is just 49 feet away — not quite the go-anywhere mobility cell phone users expect. However, in the future, those base stations could be integrated into phone towers, which would give the phones both more range and more power.

"Real cell towers have a hundred times as much power, and would increase the range to perhaps a kilometer," said researcher VamsiTalla, who worked on the team that developed the prototype. The next step involves improving the ability of the e-ink display for texting.

Talla, along with colleague Joshua Smith, has launched the start-up Jeeva Wireless to market the low-energy technology. The battery-free phone would be extremely inexpensive, and although its capabilities are limited compared with today’s smartphones, they could have a role in developing countries, or in emergency conditions in which the power infrastructure is compromised or inconsistent. As such, they could be a life-saving device.

“Imagine having a zero power mode on your phone so that even if the battery dies, you can at least make a 911 call in case of emergencies,” said Talla. In other words, you won’t be able to stream YouTube on this phone, but it could save your life.